Gen Z superstar Dixie D’Amelio has surprised fans with a whole new hair look! The 19-year-old, who is among the most followed people on TikTok, shared a series of snaps to Instagram on December 9 featuring her blue hair makeover. “hi blue,” she captioned the carousel post, which showed the bright blue highlights on the front strands of her hair. Dixie also rocked a blue eyeliner on her bottom lash line, and a light blue jacket, which made her new hair look pop!

“UR GLOWING,” one fan wrote, while another made a joke in reference to her hit song “Be Happy”, “You guys! She dyed her hair blue because blue is a really really really really really sad color.” The teenager’s success has transcended social media in the past few months, and she most recently teamed up with One Direction’s Liam Payne for his Christmas song “Naughty List”. Prior to its release, he tweeted, “I have fallen in love with TikTok and I’m excited to have some fun leading up to the holidays with Dixie and her family… As we approach Halloween and Christmas during such a whirlwind year it’s important everyone looks out for each other, so please join in the fun with us.” 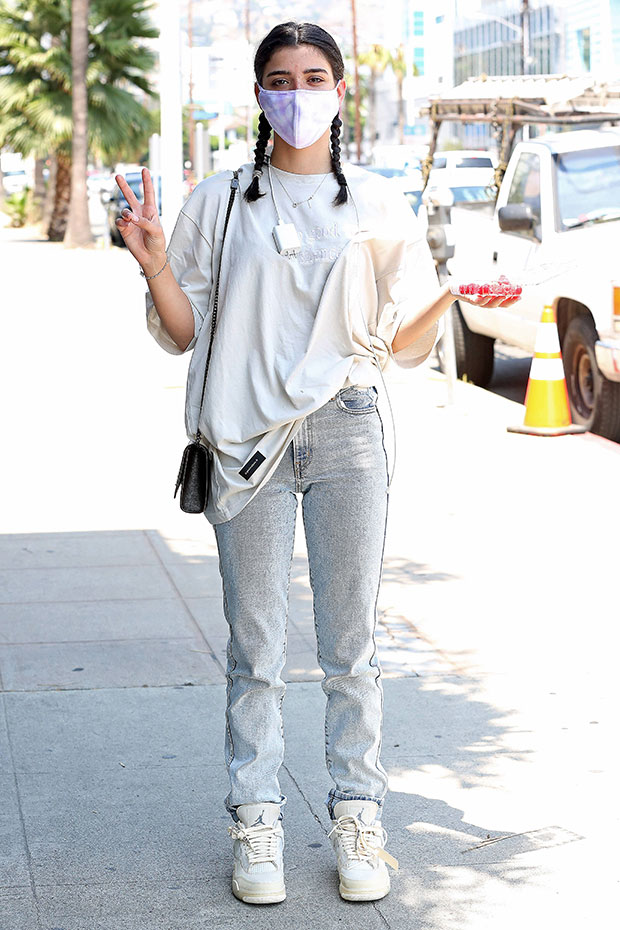 Of course, her music isn’t the only reason she’s been in the news lately. Dixie recently held herself accountable for hanging out at Saddle Ranch amid the coronavirus pandemic, after Ariana Grande called her out for the behavior. “I don’t really know what to think,” Dixie said when asked about Ari’s comments. “I mean, she’s right. She’s right.” The pop star initially called out TikTok and YouTube stars during the Oct. 30 episode of The Zach Sang Show. “Of all the things that we could have done, couldn’t we have just stayed home for a few more weeks like all the other countries that were fine, and are better than we are? Did we really all need to go to f–kin’ Saddle Ranch that badly that we couldn’t have waited for the deathly pandemic to pass?,” the 27-year-old said during the virtual interview.