Home » Beauty » Freckles are super in, and you can have them without the sun

It's no secret that freckles have made a serious comeback from the days when women would blur them with concealer. In fact, current trends are all about drawing them on with makeup in celebration.

What is it about these tiny dotted wonders that's causing all this commotion? 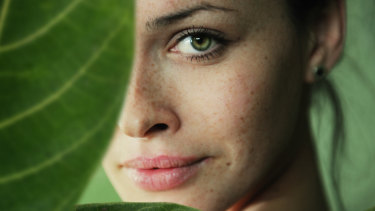 Freckles are back in town.

Freckles are a result of sun exposure on your skin. They're like tiny hickeys from the sun, aka stimulation via UV rays. It's an enthusiastic response from your melanin, so it makes sense that many freckle-havers want them to shine and not be covered up by foundation.

… In most cases, freckles aren't a sign of serious damage or cancer. In fact, most of them fade with the arrival of winter.

So why are people so excited to re-create freckles?

I've had a smattering of freckles on my face and body for as long as I can remember, and they have always felt socially acceptable. But I know that for many people, growing up with freckles wasn't the best experience.

People may want to re-create freckles for a number of reasons, including seeing them as interesting or unique, representative of outdoorsy-ness and time spent in the sun, or a fun addition to their makeup routines and outfit coordination and another way to control and curate a look.

But these reasons don't negate the possibility that some people may feel slighted by the faux-freckle trend.

Some people who have freckles may have experienced bullying because of them and may have conflicted feelings about this trend. When Kesha celebrated her freckles with a post earlier this year, stating, "this year my resolution is to love myself… And to let my freckles liiiiiiiive", heartfelt reactions by freckle-havers were immediate.

It's important to allow space for varying reactions and to acknowledge a person's potentially hurt feelings about the rise of faux freckles – especially if they are a friend.

With that in mind, we've explored the various tips, tricks, and techniques for freckle-frenzied makeup and brought it all together. After all, adding faux freckles can also be about enhancing the ones you've got.

Watch a few freckle tutorials and you'll get the step-by-step gist: Eyeliner or eyebrow pencil is the simplest, most direct, and most affordable option.

To choose the right brown tones that'll complement your skin, look at your existing freckles or moles. Chances are you already have at least one to refer to.

Or hey – why not choose any color?

I recently saw one of my friends wearing dark green freckles, and she totally rocked her goth look! You're already going for something different in your makeup routine, so why not fully commit to it?

It's all about placement

Try this: Dot your skin with one or two brow pencils/eyeliners at a time, from the bridge of your nose to the tops of your cheekbones. In terms of dotting order, that's totally up to you.

Natural freckles typically appear with no set pattern (aside from areas the sun may naturally shine on). Some of my lighter and smaller freckles are clustered, while the darker ones often appear about an inch or more apart, somewhat randomly. 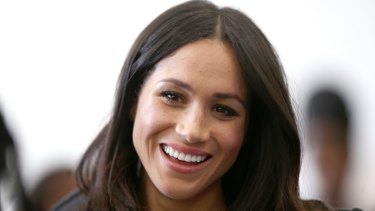 Meghan, Duchess of Sussex, is a famous freckle-haver.Credit:YUI MOK

If you prefer a more orderly pattern, be sure to switch up the size and shade of the spots. You can also dot them sporadically, both individually and in little clusters.

"Each of them have their own personality, like a unique fingerprint."

If your faux freckles seem to jump out at you or feel too dark, you may have gone overboard with the coloring. Lighten the spots by firmly pressing your finger to the freckled area before it dries, or wipe them off and start again! If you're aiming for the natural look, it's all about subtlety.

Get it to set and stay

From what I've learned about this fascinating fad, freckles work best on hydrated skin over a base of tinted moisturizer (as opposed to a heavy or matted foundation).

For a long-lasting effect, use your favorite non-matte, alcohol-free setting spray and prepare to feel cute AF! If you're feeling some extra flush, pop on some blush just below your cheekbones, aka the apples of your cheeks.

Perhaps the most dramatic – and certainly the most permanent and costly – freckle option is cosmetic tattooing. The technique, called freckling, involves depositing pigment under your skin, creating permanent or semi-permanent freckles.

Semi-permanent pigmentation lasts anywhere from six months to a year.

Tattooing allows for varied sizes and shades, which adds layers of depth to the freckles, making them appear more realistic.

A video by Buzzfeed Australia and As/Is highlights the pro-freckle perspectives of a few people who chose to undergo cosmetic tattooing.

All the people featured expressed a love of freckles through comments such as:

While the video focuses on people who wanted freckles so much that they got them tattooed on, the cosmetic tattooist also notes that some people who naturally have freckles dislike them to the point of having them lasered off.

If you do decide to go for permanence, do your research to find a safe and experienced professional.

You might even want to check with your doctor or dermatologist first since some skin types, especially sensitive skin or darker skin tones, may react poorly to tattooing, resulting in scarring. Once you get the green light, keep calm and freckle on!

3. Why you might want to think twice about using henna

You may have seen some women using henna, specifically Mehndi cones, to apply semi-permanent freckles to their faces. Just as faking freckles can be a sensitive topic, so can applying henna out of context.

This method has a higher potential for disastrous (but temporary) cosmetic results than the eyeliner technique does. But the larger concern is whether it plays a part in a significant problem in the makeup and fashion worlds: cultural appropriation.

Although the freckles themselves aren't being appropriated from any one particular culture, using henna to apply them may be problematic because of henna's sacred roots in certain cultures, religions and rituals. For example, Mehndi is one of the most important rituals of an Indian bride on her wedding day and is also often applied during festivals.

Perspectives on the use of henna vary. Some people believe it's a tool, like ink, and that it's not an issue until there's more context. Others believe it's problematic, especially when you're not supporting brands from the community (such as purchasing from Indian, African, or Pakistani stores).

If you do decide to apply henna, be cautious, because it can stain. If you find you've made a mistake or want to take the henna off, try this:

How natural freckles came to be

While you can control makeup and tattooed freckles, you can't predict where naturally occurring freckles appear. It's not recommended that you tan yourself into freckled heaven, since sun exposure damages your skin. But in most cases, freckles aren't a sign of serious damage or cancer. In fact, most of them fade with the arrival of winter.

Natural freckling depends on skin type and genetics. All humans, regardless of ethnicity or skin tone, have the potential to get freckles, especially if they carry the MC1R gene and are prone to sunburn.

Freckles can surface on varying areas of the body, such as the chest and arms, in addition to the face.

Now that we've shared a, dare I say, freckling of information, what's the bottom line?

Most importantly, remember this: Regardless of the trends of society, beauty is about you and what you make of it. Naturally occurring freckles have always been a part of human bodies.

In the past, people, especially women, were taught to use makeup to hide freckles because they were deemed socially unacceptable by the "beauty" world. But now we know how to create them, enhance them, and celebrate their coolness.

Ultimately, however you choose to rock your makeup (or no-makeup) look is completely up to you (with safety precautions in mind, of course) – and the same goes for your freckles and your friend's freckles!

Whether you decide to enhance existing ones or create your very own freckled look, remember: Your freckles, your body, your rules.