Julia Michaels hit the Grammys red carpet with her underarm hair on full display — after she vowed to stop shaving her armpits in May 2020.

Julia Michaels gave a whole new meaning to going au natural on the red carpet when she attended the 2021 Grammy Awards in LA on March 14. The Grammy-nominated singer, 27, walked the red carpet a strapless black dress that exposed her dark armpit hair — a bold move that was purposely planned. In May 2020, Julia declared in a tweet, “I’m not shaving my armpits ever again.” 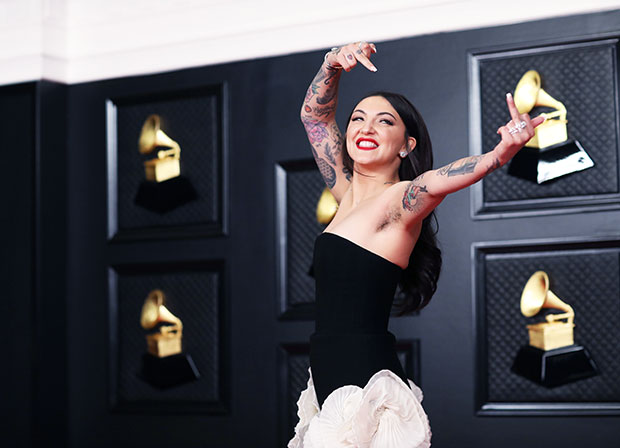 Julia, who looked stunning in a strapless, black-and-white Georges Chakra Couture dress, grinned while she threw up two middle fingers for the paparazzi. Her inspiration for such a look and attitude came from none other than the iconic Italian actress Sophia Loren. Julia took to her Instagram Stories to share a photo of Sophia modeling her own armpit hair in a white beaded gown at the 1955 Venice Film Festival. 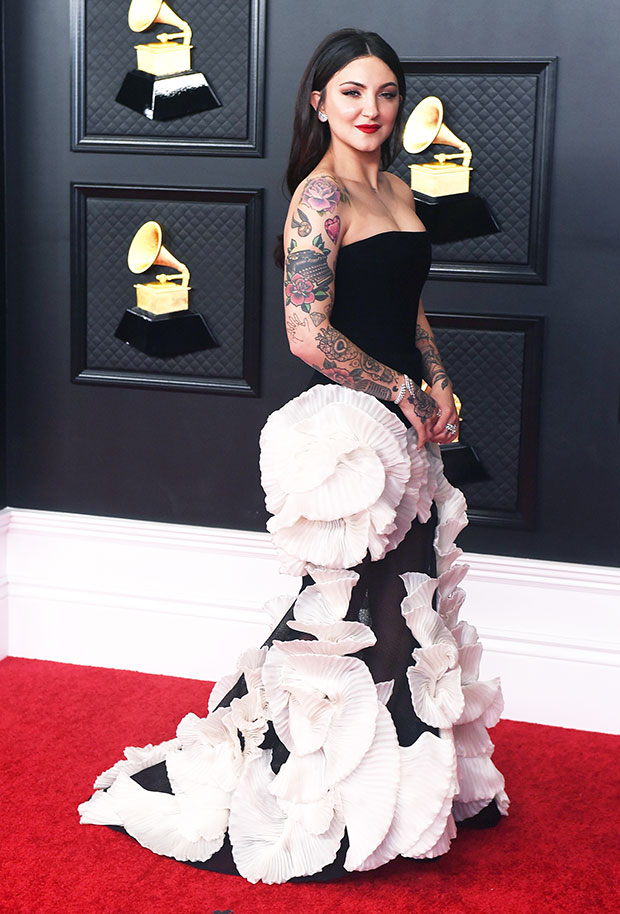 In Julia’s aforementioned tweet, in which she vowed to never shave her underarms again, she added, “I don’t know why I ever did before. Social norms can eat an eggplant.” Following the hairy admission, Julia proudly put her armpit hair on display in October for her “Lie Like This” music video.

You know what they say — ‘If you got it, flaunt it!’ We’re so here for Julia Michaels.