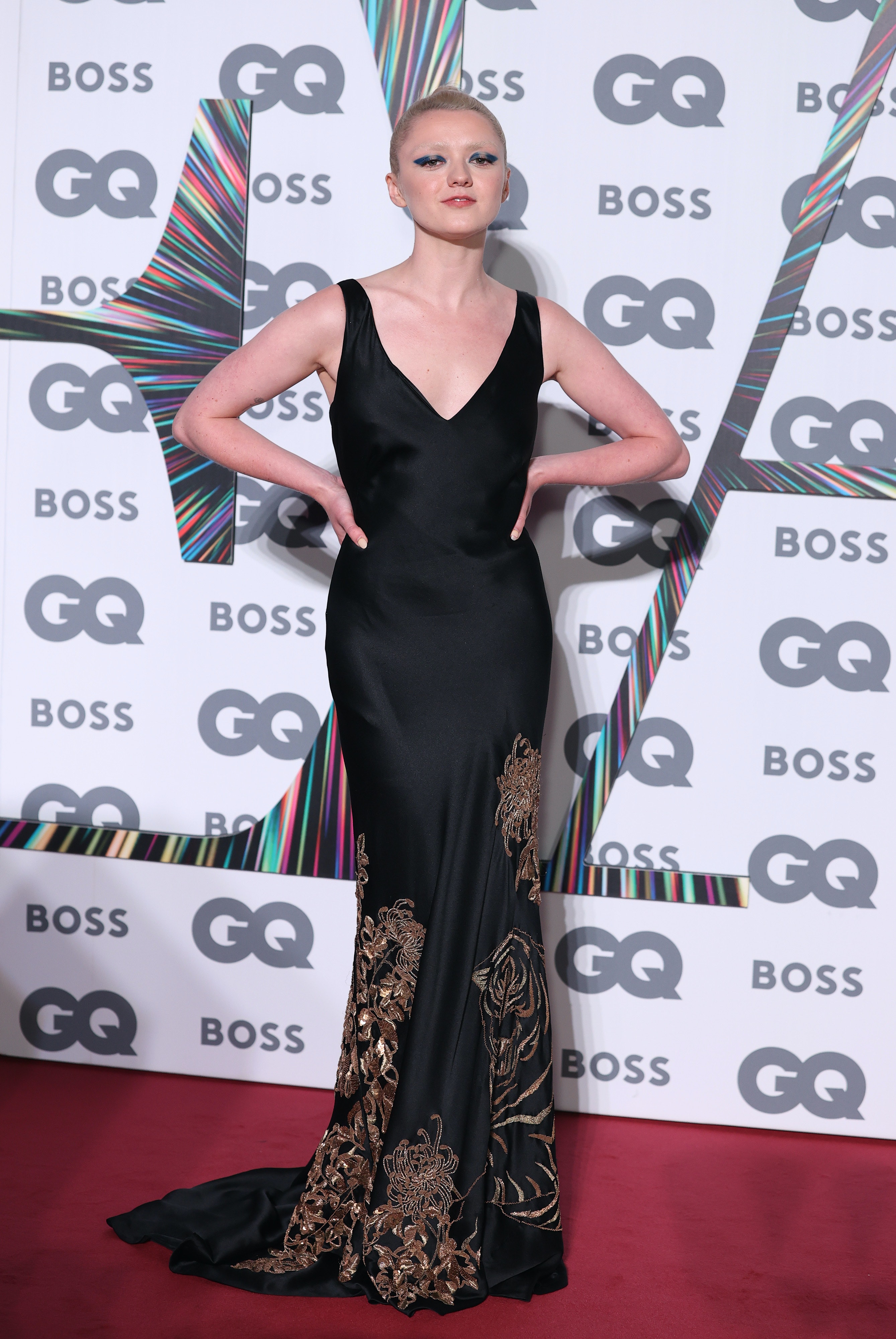 The Game of Thrones finale — and hell, all of season 8 — was controversial at best and terrible at worst. And since the series ended, much of the cast has ditched their Westeros looks, including Maisie Williams. Given that Arya Stark, arguably the show’s most interesting character, isn’t getting the sequel series that she deserves, Williams is free to experiment with style moments like pink hair and matching outfits with her boyfriend, Reuben Selby. And her latest red carpet look is as stunningly avant-garde as we’ve ever seen her.

Williams attended the British GQ Men Of The Year Awards 2021 at London’s Tate Modern, where she wore a black archive Alexander McQueen gown with intricate gold embroidery on the sleek fluted hem. Her makeup is especially striking — Williams is still wearing platinum hair and bleached eyebrows (which she first adopted for her upcoming punk rock miniseries Pistol), but she’s wearing a gorgeous flick of navy blue eyeliner. Makeup artist Mattie White modernized the classic cat-eye by slightly diffusing the wings and dabbing a glowing touch of eyeshadow on the center of her lids. She allowed the eyeliner to take center stage by skipping the false lashes and minimally contouring her cheeks. It’s a refreshing sight on the red carpet, where faces are regularly highly sculpted with makeup; White just used a dusting of light pink blush on William’s cheeks and a touch of bronzer to warm up her complexion. She finished it off with a nude rose soft matte lip that matches her blush color.

Navy blue eyeliner is as easy to wear as everyday black or brown liners, regardless of your skin undertone or the color of your eyes. While folks with deeper complexions may want to prime their eyelids with a lighter concealer to really make the color pop, you can use any formula of liner, even cool dark blue eyeshadow. Here are some product picks below to get Williams’ look.

This writer has personally gone through two full pencils of Boundless Blue — it’s universally flattering and surprisingly wearable. To get Williams diffused look, line the eyes as normal, then take a Q-tip and gently smudge the wings.

This budget-friendly option includes a smudging brush for getting that perfect smoky eye or Williams’ soft wings.

This eyeshadow quad will give you all the colors you need to get Williams’ look and create endless alluring eyes. Use a wet liner brush to make your wings, then apply the shimmery beige to the center of your lid for maximum drama.