The Duke and Duchess of Cambridge recently announced their decision to move to Windsor with their three children, George, Charlotte and Louis, in order to be “closer to the Queen” – though that’s not the only benefit of their move.

SEE: I tried Kate Middleton’s royal workout routine and the results are mindblowing

It’s no secret that Duchess Kate is fiercely athletic, with her hardcore workout routine consisting of multiple sports, weight training, holistic exercises and hybrid cult workouts like CrossFit. A keen lover of the outdoors, the Cambridges’ move to Windsor could see the royal’s regular fitness regime evolving to include more outdoor activities.

WATCH: William and Kate to move to Windsor to ‘put George, Charlotte and Louis first’

SEE: Kate Middleton’s epic workout routine and healthy lifestyle is not for the faint hearted

LOOK: 26 times the royals made us laugh while playing sports – see hilarious photos

The Cambridges will move into Adelaide Cottage, a modest four-bedroom home just a ten-minute walk away from the Queen’s sprawling royal residence. 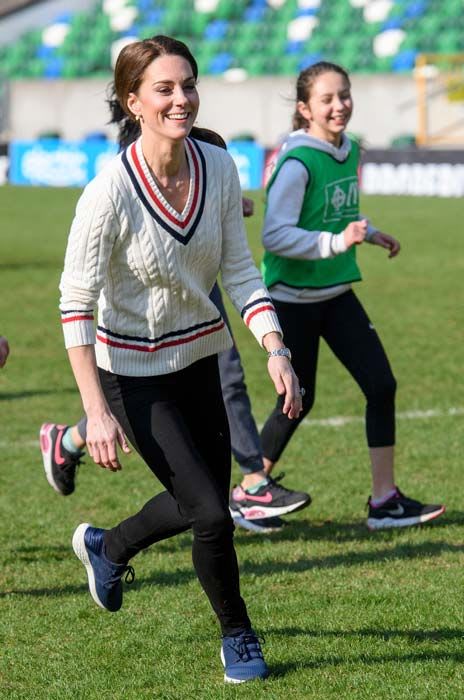 Both Prince William and Duchess Kate share a love for hiking, particularly with their dog, so they certainly won’t be short of scenic rambles and quiet countryside hikes in the Berkshire county.

Walking, as many of us know from lockdown, is incredibly beneficial for releasing stress, improving mental health and increasing cardiovascular fitness.

With Windsor Great Park quite literally on the Cambridges’ doorstep, the glorious open space would make the perfect spot for Kate’s running training. Both Kate and her sister, Pippa Middleton, are keen runners.

According to the Daily Mail, the Duchess finds the time to run as often as possible when in Norfolk, and has even been spotted running with the family’s former pup Lupo by her side. 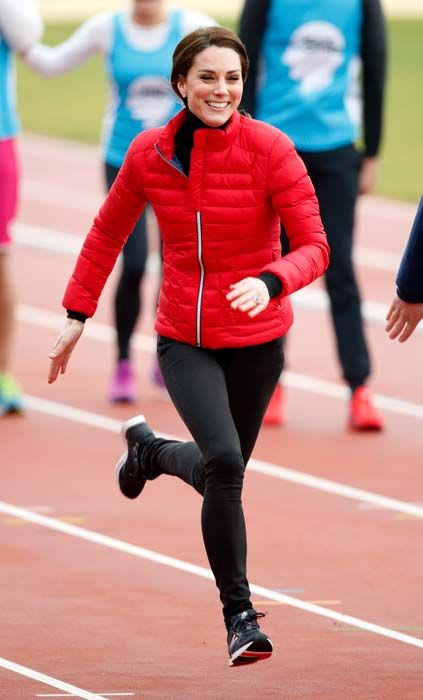 Both Kate and her sister are avid runners

During an appearance on House of Rugby, Mike Tindall was asked which royals he’d include in his dream rugby team. “I’ve got the Duchess of Cambridge on one wing because she loves running, she can run all day. Engine!” he replied.

Set amongst the rolling Windsor countryside, Duchess Kate’s new home will provide the Cambridge family with infinite space to explore. Their Windsor bolthole is a short cycle away from the lively paths of Swinley Forest, where the Duchess can seek steep gradients, big air jumps and fast-paced trail cycling to get her heart rate up. 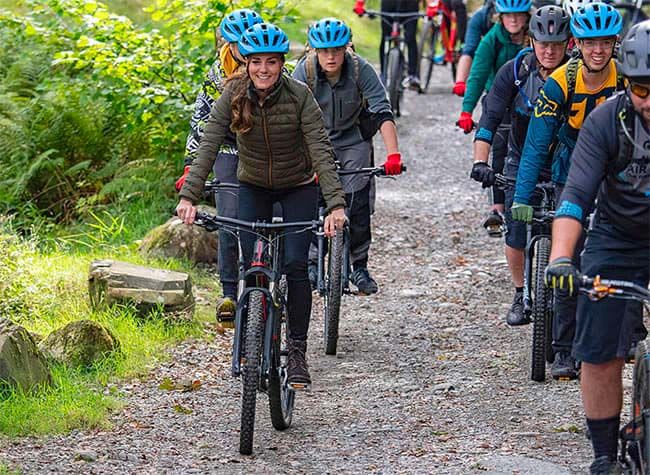 The Duchess is a keen cyclist

Windsor is home to several of the Queen’s beloved horses. Despite being allergic to horses, we’re sure the Duchess would love to spend time finessing her skills in the heart of the beautiful countryside.

“I got a chance to have a conversation with Kate,” she said. “I asked if she was into polo before she met William. She said no. But she’s been riding horses for a while and she hopes to play polo one day. She said, ‘I’m actually allergic to them, but the more time one spends with them the less allergic you become’.”

Make sure you never miss a ROYAL story! Sign up to our newsletter to get all of our celebrity and royal news delivered directly to your inbox.