Home » Beauty » What I Learned from a Month of Whoop

Last July on an otherwise forgettable run my IT band flared up, forcing me to limp the last few miles back to the trailhead. A few days later, on my next outing, it happened again. And then again, and again, until I opted to shut down my running season near the beginning of August.

In many ways, I was just a statistic, ramping up mileage faster than my body could handle. This overuse had caused tendonitis, which my PT assured me was fixable if I changed my training habits going forward. I promised myself I would, progressing with more attention and discipline. Looking for ways to stay diligent, I stumbled upon Whoop.

Marketed as a tool to monitor training and recovery, Whoop differentiates itself from other wearables with an emphasis on everything but the actual workout. The device looked sexy and the copy was compelling, so I dove in, unsure if I should believe what I was reading. An unobtrusive wristband that’s helped thousands stay healthy, fit and injury-free by tracking everything and providing helpful feedback? Sounds awesome. But would I actually trust and heed its warnings? Only one way to find out… 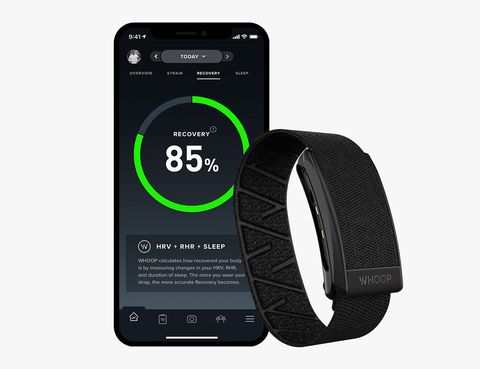 Opening the box and putting the band on, I couldn’t help but appreciate the clean form factor. Like its predecessors, the new Whoop Strap 3.0 — free with a $30+/month Whoop membership — is waterproof, light and surprisingly easy to forget on your wrist. So far, so good. Going for a dog walk around the neighborhood, their claims of passive data collection were also substantiated, hinting at good things to come.

Downloading the app, the first thing you notice is that the information design is simple and intuitive. Whoop provides three key metrics — strain, recovery and sleep — aggregated from data collected 24/7 while you do everything: eat, sleep, poop, work out and talk to your mom. These three metrics give you general suggestions of how to become a better athlete, which might be enough for some users, but for most people, just leaves you eager for more.

This data is personalized, in that as you work out more and get fitter — or more comfortable with your couch and pizza rolls — the metrics change with you. That’s when I realized how deep the rabbit hole was going to go. For data-hungry humans, expect to allocate a large part of your doom-scrolling quota to the Whoop app.

Yet, data isn’t that powerful if it isn’t actionable. I wanted to know if the band would make a noticeable difference. Whoop’s website makes some few big claims, like users getting an average of 41 extra minutes of sleep per night, 60 percent of users experience fewer injuries, 79 percent consuming less alcohol before bed, and so on. Keen to become a better athlete, I committed a full month to see how my training and recovery would improve — or not. 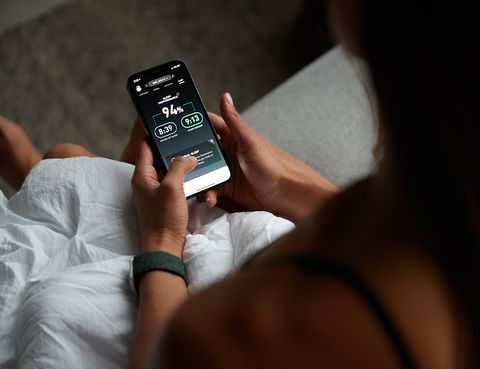 Unlike my long-tenured Garmin, I found myself wearing Whoop day and night, without exceptions. In the shower, while I went skiing, and while it was charging. The upside is clear: the data is comprehensive and more useful because of it. The downside is small, but important. The Whoop charger (a removable battery) isn’t waterproof and twice I nearly forgot to take it off while doing the dishes and taking a shower. It’s almost too comfortable, but that’s getting real nitpicky.

By the second week I had begun to enjoy the focus Whoop puts on recovery and sleep, but I started to wonder why the app didn’t include a more thorough diet component. Sure it would be challenging to implement from a technology standpoint, but it felt like a missed opportunity. Maybe the next evolution of the service is helping athletes understand how better nutrition plays into their performance, like it does with sleep.

After a full two weeks I had two big takeaways. First, I was completely fascinated with the nuanced data the app provided. Second, and conversely, I hadn’t changed many training habits in a noteworthy way. I was still sleeping the same amount, working out mostly the same, and going through my same recovery program. The numbers were nice to have, but mostly just confirmed what I already assumed was good for me.

Rest of Month: Data When You Want It 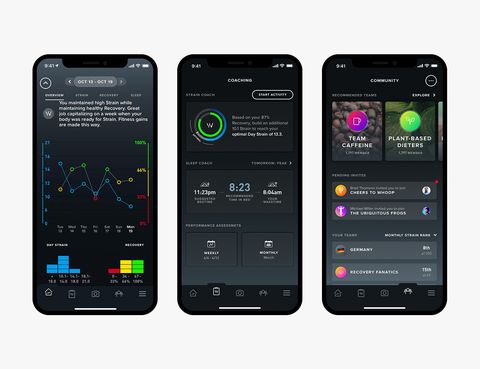 Then, things started to shift, beginning with small tweaks that were adding up to a larger impact. The more I tracked myself, the more I was drawn toward small changes in behavior and how they played into my aggregate fitness.

For instance, how important were those 20-minute kettlebell lifts between meetings? Did that half-hour yoga session matter? Should I pat myself on the back for those meals when I skipped an IPA and instead had a glass of water? Understanding these small adjustments was challenging but became easier over time. Even today I sometimes feel like my “strain” score is pulled out of thin air, but I try to remind myself it’s about long-term progress anyway.

By the end of the month, my Whoop had fallen closely in line with my natural tendencies. For example, I don’t consider myself a serious runner and usually don’t like to know my pace on a run. It’s more about getting away from the chaos of daily life, not adding more data. That perspective pairs well with Whoop’s fundamental goal of working out without a screen and passively collecting data. This allows me to run without being distracted by notifications, but still able to measure my effort and refine it week over week. Sure, there is some irony in a training tool that claims to simplify your life but still requires a lot of time looking at your phone’s screen, but that’s a conversation for another time.

When I started testing the device I would wear my old watch and the Whoop at the same time, but it always felt silly to bring both. Over time I found myself more frequently leaving my old Garmin at home and using Whoop to analyze my workouts when I had more time, later in the day. That’s the biggest sign of success to me. My habits aren’t radically different, but this tool provides the best of both worlds: the bliss of ignorance during the run, and feedback to improve when it’s over. And I don’t wanna jinx it but my IT band’s feelin’ pretty spry at the moment too.