Ah, summer love. It’s not just a thing for us mere mortals, it’s also for the A-listers as well. From brief flings to serious long-term relationships, there are so many celebrity couples who started dating in the summer. Some of them eventually lead to engagements, and even starting a family. Some fizzle out. Some end up stuck in an on-again, off-again cycle. Stars — they’re just like us.

It all starts with that first public appearance. Once two stars are spotted together casually grabbing gelato in June, attending a premiere together in July, or vacationing in Belize together in August, the rumors start swirling. And once they make it official, whether via their publicists releasing a statement or with a cute Instagram post, it’s time to come up with their celebrity couple moniker (how the heck are we supposed to combine Pratt and Schwarzenegger, anyway?).

There are so many reasons why summer is a spectacular time to spark up a new romance. For one, the weather is fab, meaning you have an endless array of cute date ideas to choose from. It’s also the perfect time to travel, and who doesn’t want a partner-in-crime to explore new destinations with? And while not every summer romance is built to last, these A-list lovebirds are still going strong. 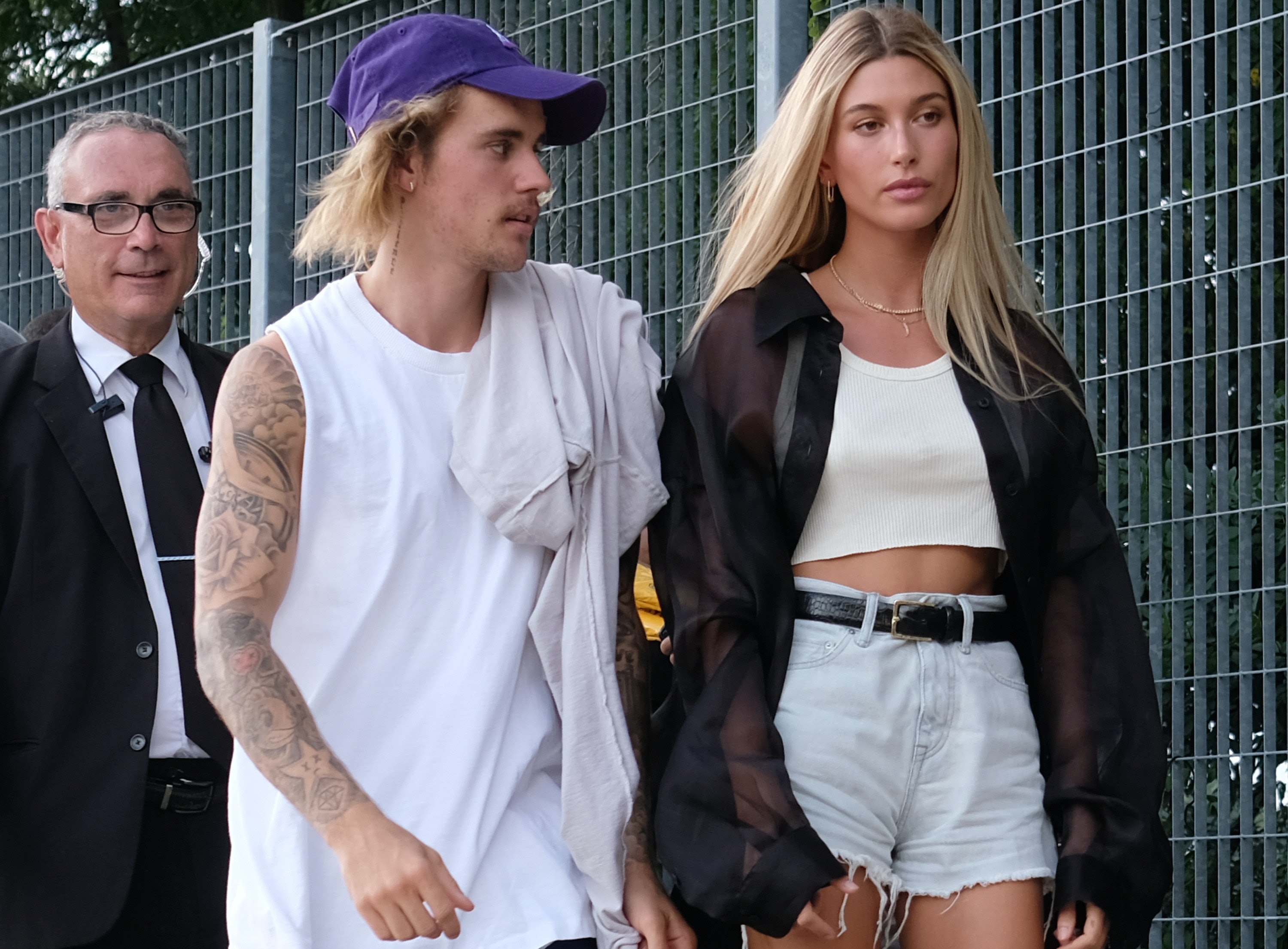 The truth is, Justin Bieber and Hailey Baldwin were romantically linked as early as 2016, but when they finally rekindled that flame in the summer of 2018, things had taken a serious turn. After Jailey was spotted smooching in NYC mid-June, Bieber proposed to Baldwin on July 7 while they were vacationing in the Bahamas together. The couple tied the knot in a simple courthouse ceremony in September of 2018 and made their nuptials official on Insta when The Biebs referred to Baldwin as his wife in a caption, and Baldwin updated her last name in her profile.

It’s no secret that Swift has had her fair share of heartbreak (which, fortunately, has inspired her to write some epic jams), but so far, her romance with British actor Joe Alwyn seems to be refreshingly drama-free. Reports of their relationship originally surfaced in May 2017, but the couple has kept much of their romance private.

Throughout 2018, their relationship appeared to get increasingly serious, as they were spotted hiking in Malibu together and jetting off to Turks and Caicos, among other adventures. While Taylor may have been MIA from the red carpet at the 2019 Academy Awards in February, she and Alwyn were seen engaging in some big time PDA at the Vanity Fair Oscars after-party. While Swift has experienced some brutal breakups over the years, it seems that Everything Has Changed thanks to Alwyn (see what I did there?). We all know how this fairytale romance ended — with an epic royal wedding and an adorable baby named Archie, of course. But did you know it all started in the summer of 2016? Harry and Markle were set up on a blind date by a mutual friend. The couple definitely hit it off — so much so, that Harry admitted he knew Markle was “The One” the very first time they met. I’m not crying, you’re crying.

They didn’t waste much time after that first date, either. Just a few weeks later, Harry invited Markle along on a trip to Africa, where they camped out under the stars (so romantic, right?). And the rest, as they say, is history. 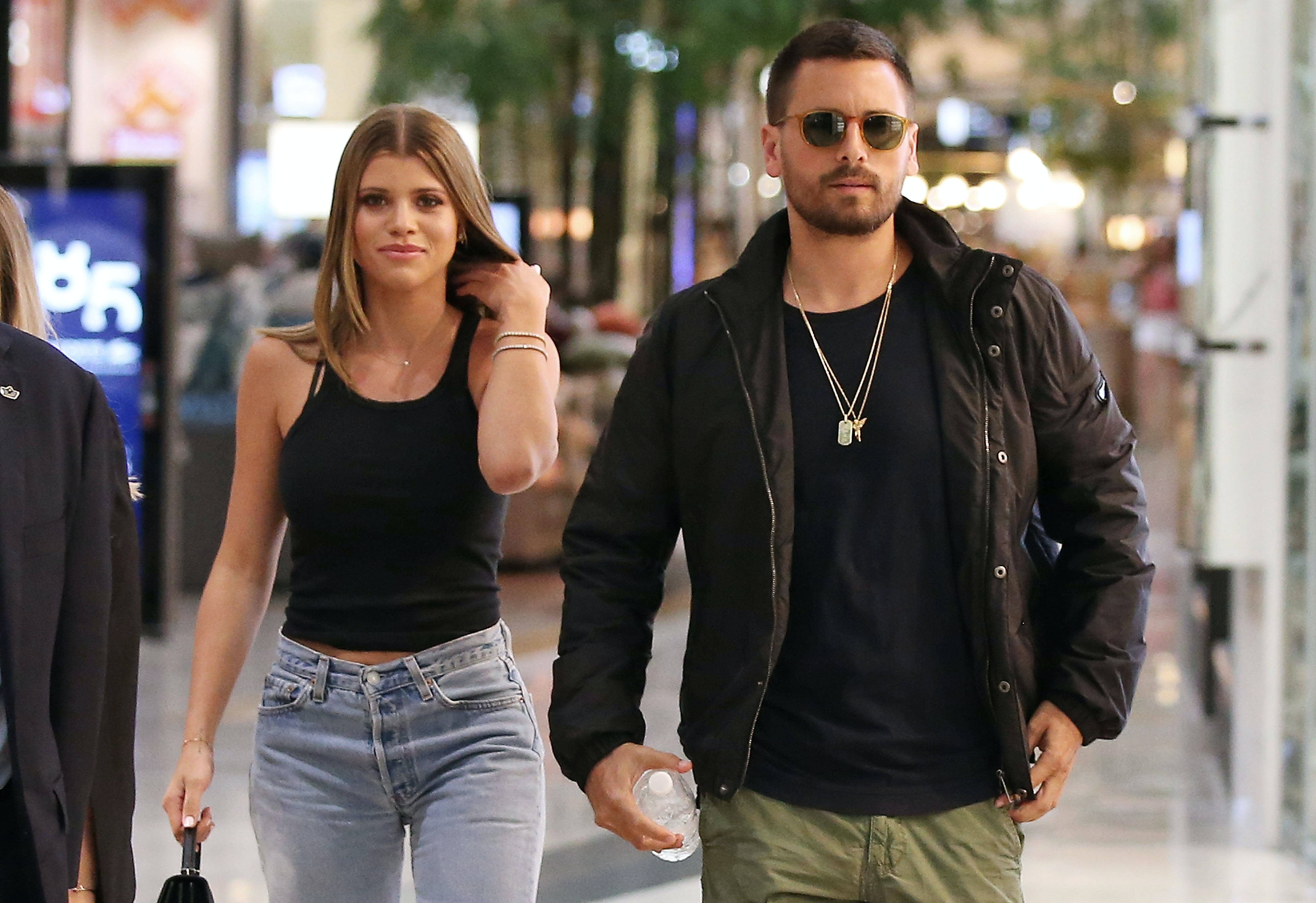 Some of us may still be hanging onto the hope that Disick and Kourtney Kardashian will realize they are, in fact, soul mates and reignite their longtime on-again, off-again romance (*raises hand*). But these days, while the couple seems to have mastered co-parenting, it’s pretty apparent that Disick is super happy in his relationship with Richie. While the duo may not have made their relationship Insta official until October 2017, they were first romantically linked in May of that year, when they were spotted looking flirty AF on a yacht. Mid-June, they were seen on a dinner date at Nobu, and then in September, the Lord posted a photo on his Instagram Stories of them looking pretty cozy together. So yeah, it’s safe to say this was a summer romance.

Not even Edward Cullen is immune to the potent powers of summer romance. He was originally spotted with model/actress Suki Waterhouse on July 29, 2018, at a London screening of Mamma Mia! Here We Go Again. Afterward, the two grabbed late-night drinks at the SoHo House, and on the walk home, they were seen hugging and kissing. Since then, things have been heating up even more. They were spotted cozying up while celebrating Pattison’s 33d birthday together in mid-May 2019, and on May 31, even went on a double date with Taylor Swift and Joe Alwyn. Because, you know, two celeb couples that started dating in summer is always better than one. 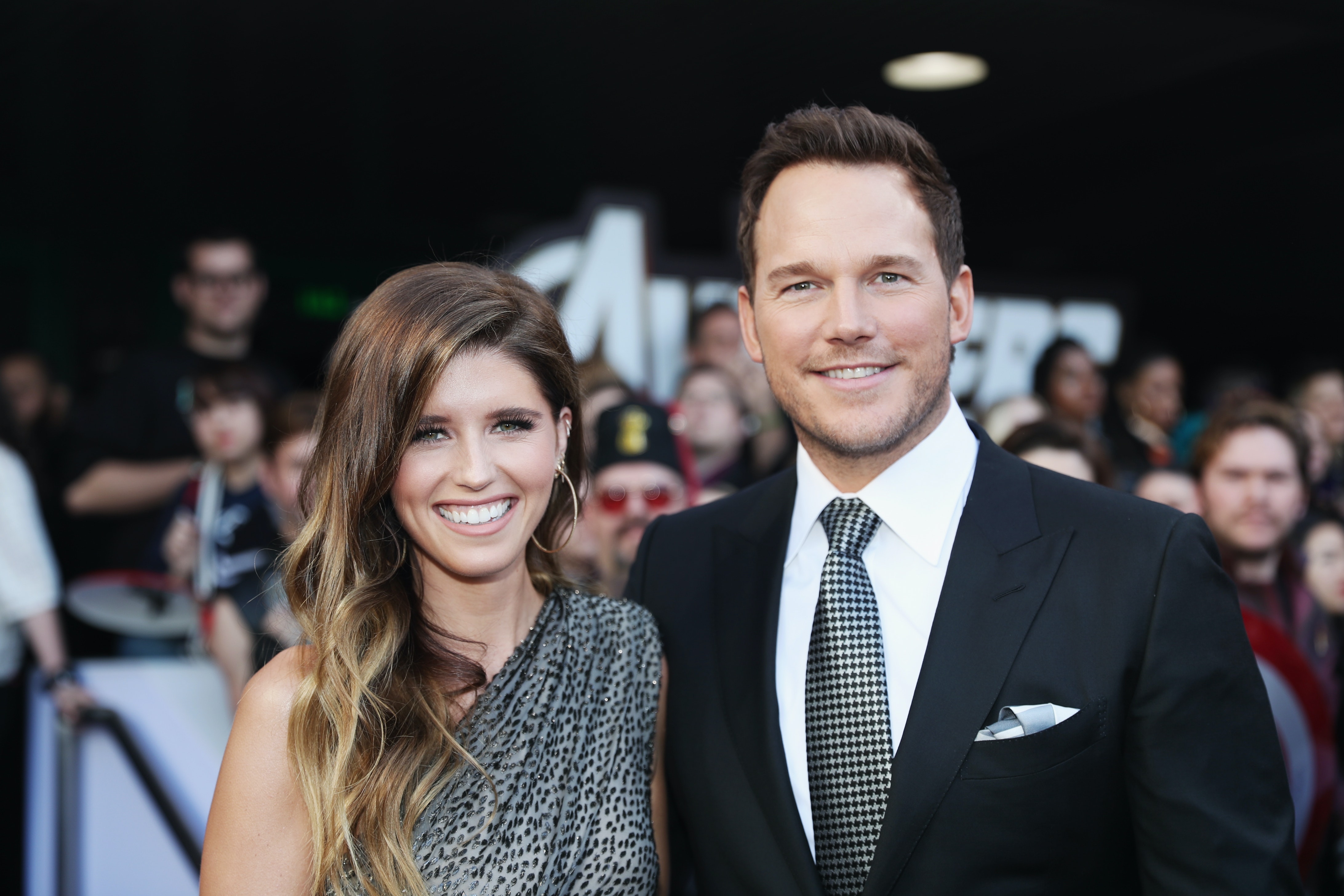 I’ll be the first to admit that I’m still not over Pratt’s divorce with Anna Farris (nor will I ever be, TBH). That said, his relationship with Katherine Schwarzenegger is clearly no fleeting fling — in fact, on January 14, 2018 Pratt announced that they were engaged.

Despite the fact that they may not have become Instagram official until December 13, 2018 (when Pratt posted an adorable photo collage), they were romantically linked the summer before. On June 17, 2018, the couple was spotted together for the first time on a charming picnic date. Then, in August, things took a serious turn when Pratt was seen out to dinner with Schwarzenegger’s family for dinner. I could take this opportunity to call Schwarzenegger Pratt’s “Endgame,” but don’t worry, I won’t. 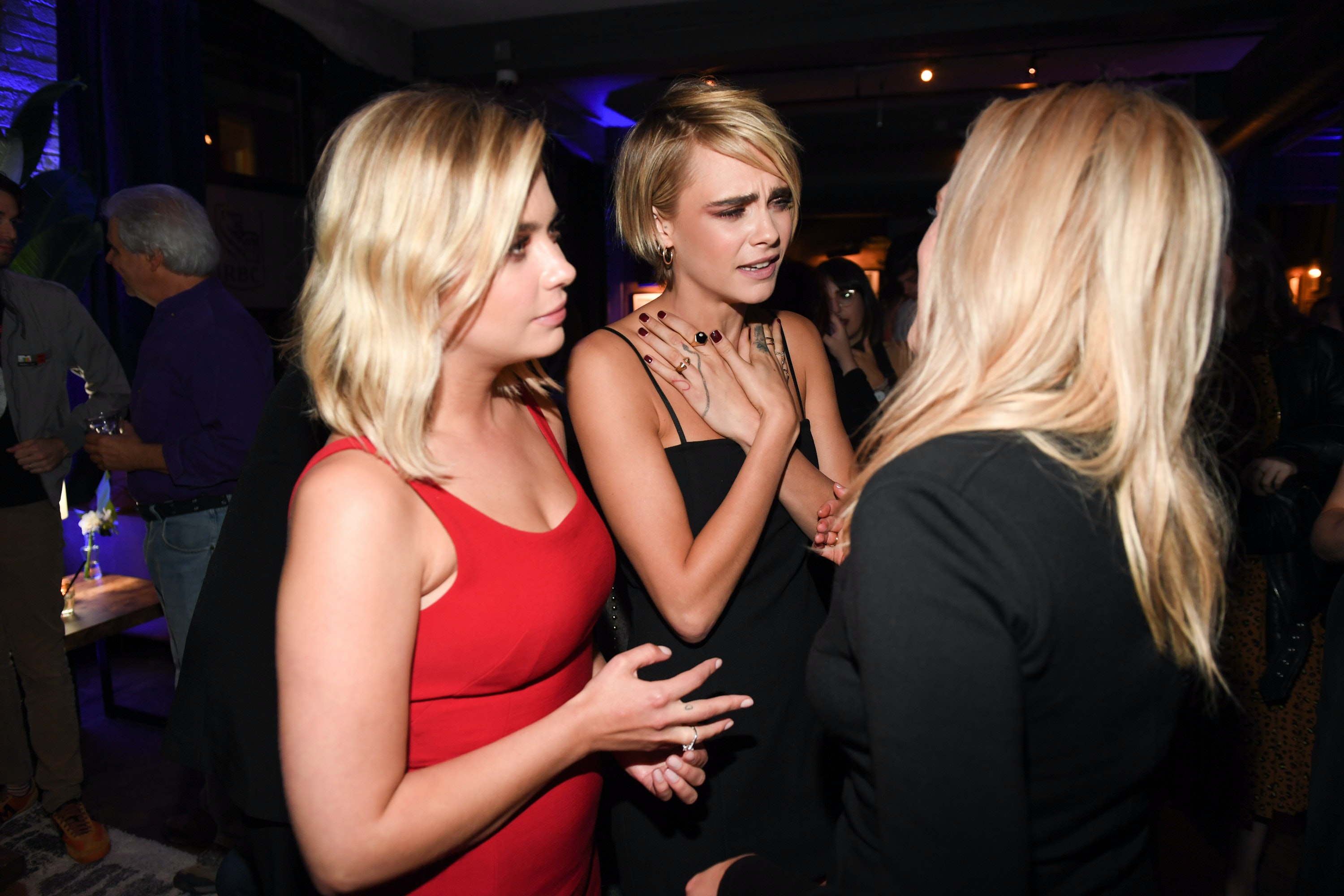 Let’s start at the very beginning. On May 1, 2018, the paparazzi managed to snap some pics of Benson and Delevingne leaving a Lauryn Hill concert together in New York City. And two days later, Benson uploaded a selfie of her and Delevingne to her Instagram Stories. After that, the couple was spotted together in a slew of low-key public outings throughout the summer and into the fall, and fans who ship their relationship are ecstatic, to say the least, when they’re seen holding hands. Then, they took the relationship to a new level at Christmas, when they traveled to Delevingne’s hometown of London to spend the holiday together. Their alleged romance shows no signs of slowing down, either. In fact, late May 2019, the duo invested in a sex bench (yes, a sex bench). And if that doesn’t make them #couplegoals, then their perfect responses to homophobic Instagram comments surely will.

So, there you have it. While the hotter season may spell breakups and casual flings for some stars, for others, it has proved to be the perfect time to strike up something serious. It’s too early to tell which celebs will be coupling up in summer 2019, but I have a feeling that the sparks will be flying. (*Cue: “Summer Nights” from Grease).