It looks like one of your fave TikTok couples has called it quits… again. On March 23, a source for E! News claimed Addison Rae Easterling and Bryce Hall reportedly broke up, and according to the source, the two reportedly split after Hall faced cheating allegations during a February trip to Las Vegas. The E! News report was published just one day after Easterling spoke to Apple Music’s Zane Lowe about her debut single, "Obsessed," and said the song was inspired by an "ex-boyfriend," possibly referring to Hall. Oh, and she also unfollowed him on IG, so yeah. Things don’t look good. (Elite Daily reached out to reps for both Easterling and Hall about the reported breakup but didn’t hear back in time for publication.)

The drama began in late February, when Easterling reportedly revealed she and Hall were in a fight during a Zoom with fans. Not long after, Hall was reportedly spotted out at Saddle Ranch in L.A. with Tana Mongeau and Josie Conseco, and though Easterling was reportedly also there with Dixie D’Amelio, she and Hall reportedly didn’t interact. Around the same time, reports emerged claiming Hall cheated on Easterling with fellow influencer Samantha Salvador while in Vegas, though Hall and Salvador later denied the rumors. However, Easterling kept the rumor mill turning with cryptic tweets, including a since-deleted tweet that reportedly said, "disappointed but not surprised." 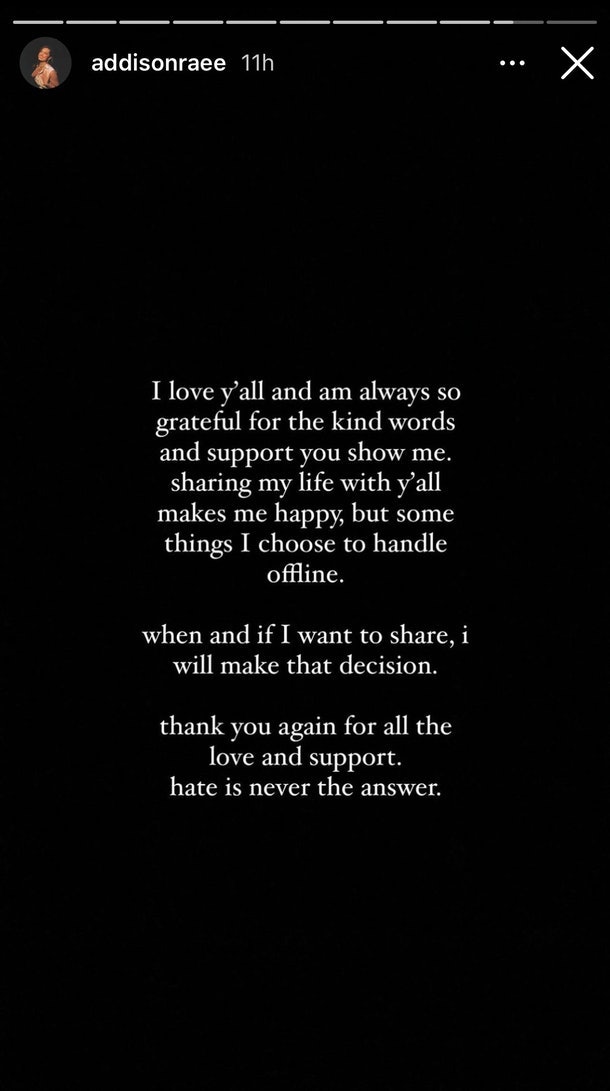 In early March, Easterling took to her IG Stories to share a cryptic message with her followers, which many interpreted as her response to the Hall cheating rumors. "I love y’all and am always so grateful for the kind words and support you show me," she wrote. "Sharing my life with y’all makes me happy, but some things I choose to handle offline. When and if I want to share, I will make that decision. Thank you again for all the love and support. Hate is never the answer." Hmm…

The on-and-off-again couple first confirmed they were dating again in late November 2020, and in January 2021, they even sparked engagement rumors when Easterling was reportedly spotted wearing what looked like a giant sparkler on her left ring finger. But those rumors never panned out, and now it seems the two are done… at least, for now.

Of course, Easterling and Hall have yet to actually confirm breakup rumors themselves, so it’s possible they’re still together. And to make things even more confusing, Hall posted a TikTok of himself dancing to "Obsessed" on March 21, captioning the video, "y’all hatin but it’s a bop." Yeah, I don’t know what to make of that, either.

Fans will just have to wait and see what’s actually going on between these two.