Unexpected BFFs? Ali Fedotowsky’s move to Nashville came at a time when friend Jana Kramer may have needed her most — amid the country singer’s divorce from Mike Caussin.

Jana Kramer and Mike Caussin’s Divorce: Everything We Know

“I check in with her and whatever she needs. She’s a resilient person and she has the best heart and I just keep telling her, like, the best is yet to come. … I know the best is yet to come for her,” the former Bachelorette, 36, exclusively told Us Weekly while discussing her partnership with Each and Every. “I will be there for her whenever she needs something, you know, we’ll have wine nights and girls’ sleepovers. I had my first sleepover in a long time with her the other day, I was very excited. I was like, ‘Oh, we get to have wine. We’re playing Yahtzee on her floor! This is the best.’ I know it’s going to be brighter [for Jana]. Tough days ahead, but brighter days ahead.” 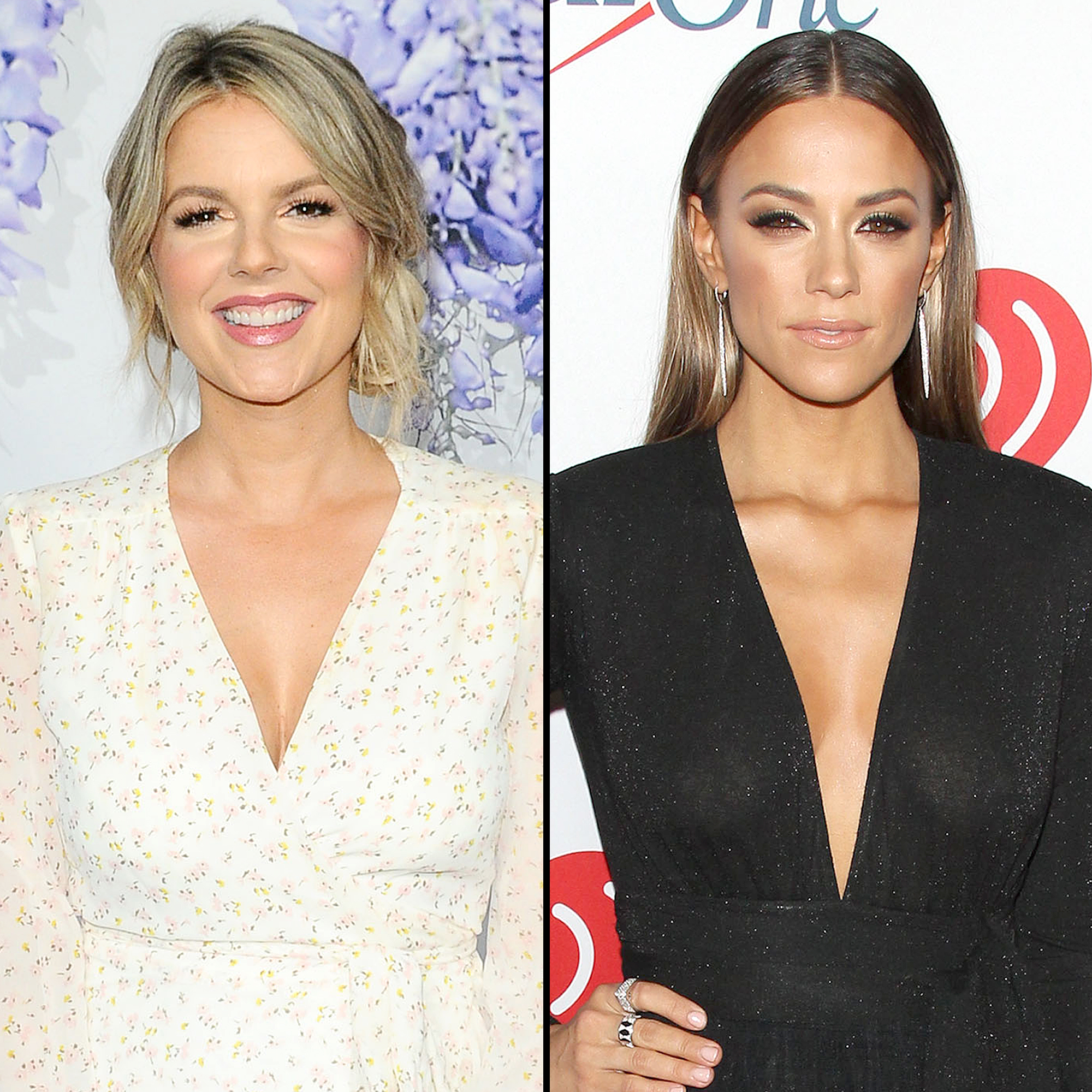 While Fedotowsky, who shares Molly, 4, and Riley, 3, with husband Kevin Manno, and Kramer, who is the mother of Jolie, 5, and Jace, 2, with estranged husband Caussin, both currently live in Tennessee, they met when they were both California residents.

“She came to my daughter’s birthday party. I went to her place for wine, but we just started to become friends right before she moved to Nashville. And I remember when I would meet up with her at the farmer’s market in L.A., she would be like, ‘You’ve got to move to Nashville!’ And I’d be like, ‘Yeah, yeah, yeah,’” Fedotowsky explained. “And it’s funny that now we’ve moved to Nashville, but Jana is the best. One of my favorite things about Jana is she is the type of person who invites people in.”

Us confirmed in April that Kramer, 37, filed for divorce from Caussin, 32, after nearly six years of marriage and multiple cheating accusations. While the former NFL player previously sought treatment for sex addiction, the One Tree Hill alum accused him of infidelity in their divorce docs. (Caussin has yet to publicly comment on the split.)

Fedotowsky and Kramer, meanwhile, were recently joined by Shenae Grimes-Beech during a playdate with their kids. The Degrassi alum, who is pregnant with baby No. 2, shares daughter Bowie, 2, with husband Josh Beech.

“Shenae I just met here. We like connected on Instagram and I went up to her house and visited [with] my kids and her kids and we hit it off. And she’s awesome,” Fedotowsky told Us. “Jana and Shenae actually live pretty far away for me. It’s like a 30-minute drive, which is a bummer. … But they’re great. I’m super, super grateful to have them here.”

Bachelor Nation Stars Who Found Love After the Show

While she’s adjusting to Nashville, admitting it’s been a “difficult transition” for her family, Fedotowsky launched her Each and Every deodorant kit.

“I am a huge proponent of natural deodorant, like, you should not be putting aluminum under your arms, go natural!” she explained. “[Each and Every is] paraben-free, it doesn’t have synthetic fragrances, you can get unscented [or] scented, the scents are so nice. I’ve been using it forever.”