Amanda Holden, 48, uploaded a video of herself preparing to scare former Gogglebox regulars Sandra Martin and Sandi Bogle on her Instagram on Wednesday.

The Britain’s Got Talent judge stood by some railings, dressed in a grey Gucci tracksuit, whilst she waited for the pair to walk towards her.

“They’re my favourites,” she said as she stood with her two fingers clasped together in a gun signal.

As soon as Sandra walked by, Amanda rushed over to give her a huge hug.

I was so excited

Sandi then barged through past her best pal, knocking into her to get to the Britain’s Got Talent star.

However, Sandi caused Sandra’s mobile to fly to of her hands onto the concrete floor.

Sandra rushed to her device, which appeared not in good shape, to which Sandi stated: “I’ll buy you another one it’s alright, it’s Amanda.”

Amanda appeared to miss the commotion and gushed over them: “I went ‘oh my God it’s the Gogglebox ladies’.”

Hugging Sandi, she added: “I was so excited.”

Amanda wrote on the photo: “Only one phone was harmed in the making of this video.” 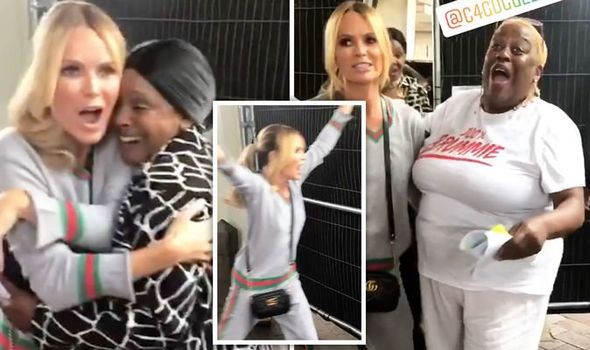 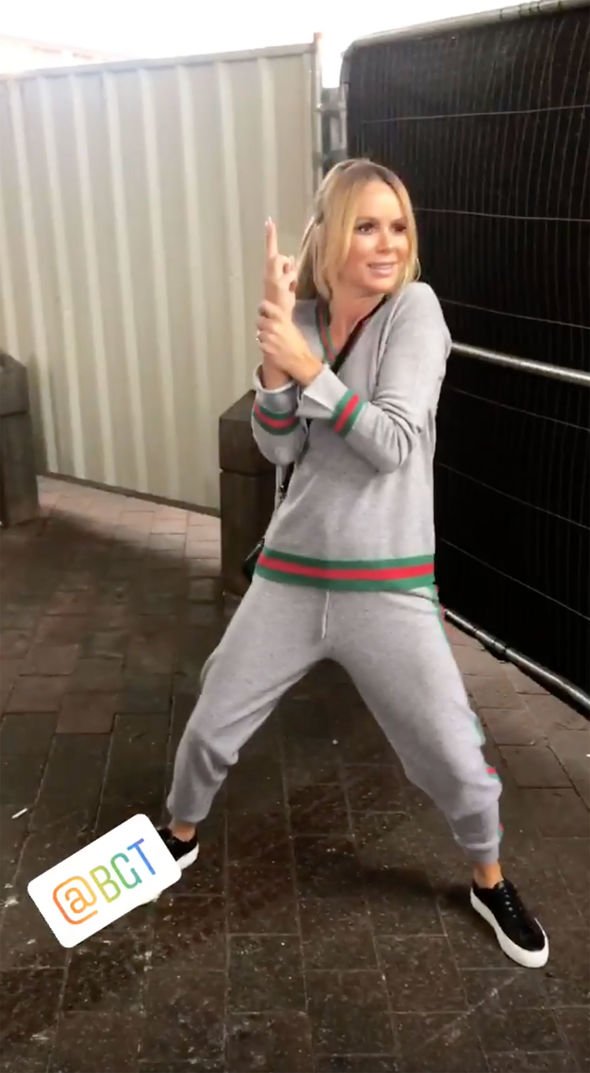 Elsewhere, the star has been causing a stir on the show this week for her very revealing outfits.

On Tuesday, viewers feared Amanda was close to suffering a nip-slip as she wore an extremely daring dress for the family show.

The actress’ frock featured a daring slash design, which exposed her cleavage and slender pins.

One person feared: “Mildly terrified that Amanda Holden is going to have a wardrobe malfunction #BGT2019.” 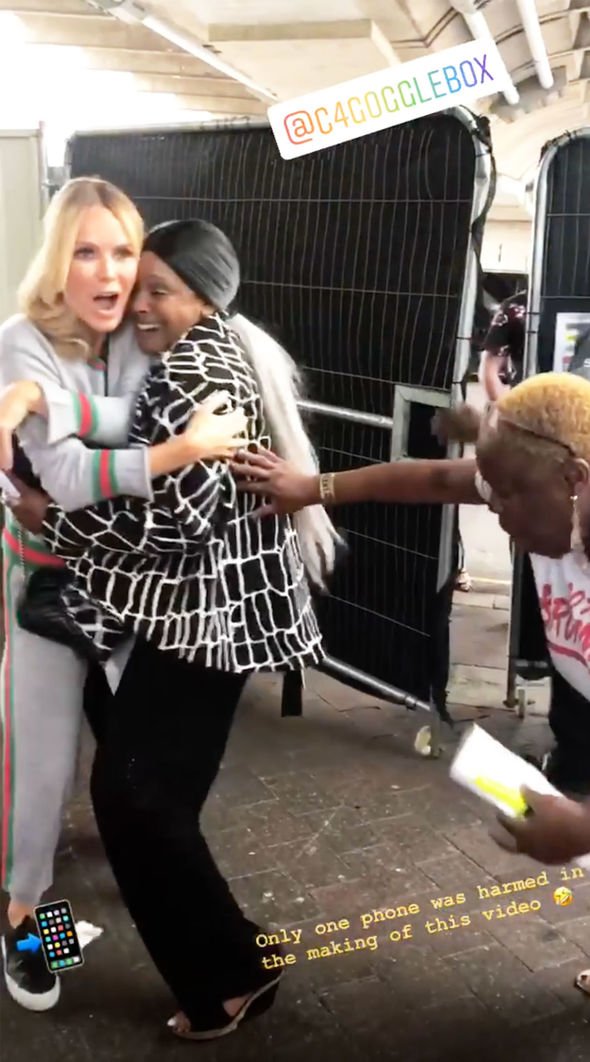 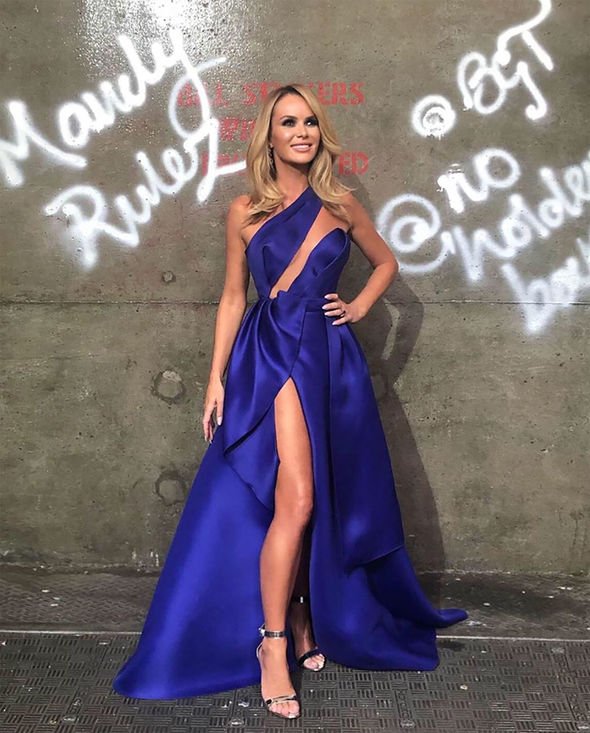 “Thought Amanda had got rid of her stylist…just waiting for the bit of material just covering her to slip and then we’ll get another f**k from her… #BGT2019,” another guessed.

A third wrote: “Not sure about Amanda’s dress tonight…risky…#BGT.”

While a fourth joked: “That dress is only just Holden Amanda in. #BGT.”

“OMG what on earth is Amanda wearing? #BGT,” a fifth asked.

Britain’s Got Talent continues tonight on ITV at 7.30pm.