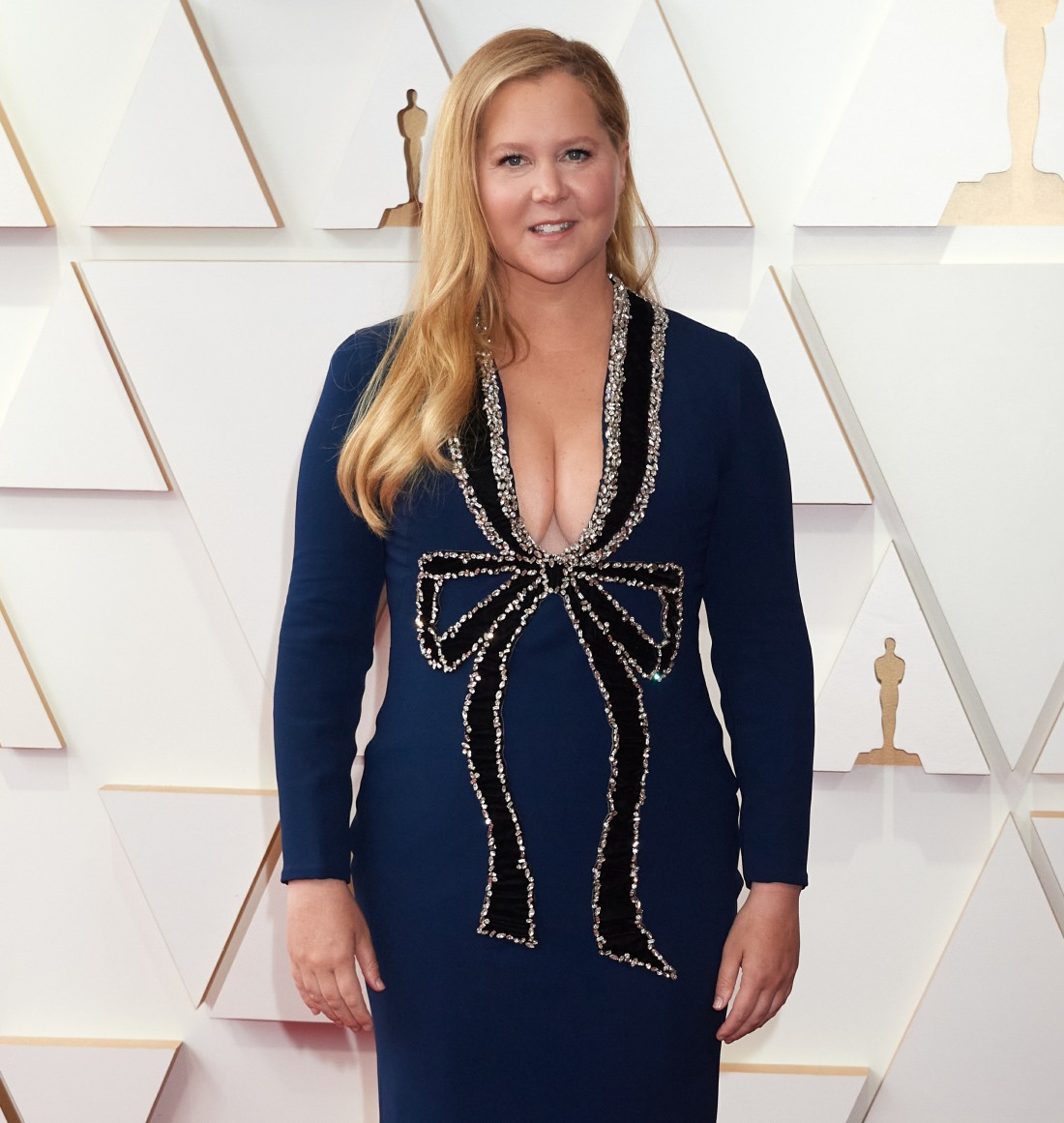 A few days after the Oscar slap, Amy Schumer posted a promo of her latest series Life & Beth, and wrapped in that promo, she wrote that she was “still triggered and traumatized” by Will Smith slapping Chris Rock and she was “still in shock and stunned and sad… Waiting for this sickening feeling to go away from what we all witnessed.” I have strong feelings about all of that, but like many of the celebrities who were inside the Dolby on Oscar night, I’m choosing to be quiet. Which probably re-triggers Schumer! She is clearly not done talking about this. Over the weekend, she did stand-up at the Mirage in Las Vegas and she addressed it multiple times as she referred to Will Smith as “Ali.” Yeah, let’s not.

Amy Schumer is still not over the Oscars. In her first public appearance since Will Smith’s slap, Oscar co-host Amy Schumer called Smith “Ali” (as in Muhammad) and referred to the incident as “just a f–king bummer” at her comedy show.

“I don’t even know what to say about the Oscars,” said the Life After Beth comedian, still reeling. “Like, I really don’t know what to say. I have no jokes about it. All I can say is that I don’t know if you saw this, but Will Smith slapped Chris Rock. Did you read that in your news feed?”

Prior to her comedy show, Schumer shared on social media that she was both “triggered and traumatized” by Smith slapping Rock. She continued to talk about the incident during her set, referring to Smith as “Ali,” the legendary boxer whom Smith portrayed in the 2003 biopic Ali. “I was kind of feeling myself … and then all of a sudden Ali was making his way up,” joked Schumer. “And it was just a f–king bummer. All I can say is that it was really sad, and I think it says so much about toxic masculinity. It was really upsetting, but I think the best way to comfort ourselves would be for me to say the Oscar jokes that I wasn’t allowed to say on TV.”

Schumer then shared a few jokes supposedly cut from the Oscar telecast, warning the audience that her lawyer warned her against saying them on TV before diving into a few jokes about Joe Rogan, sexual misconduct allegations against James Franco (Franco has denied the allegations), and the Rust shooting. “Don’t Look Up is the name of a movie? More like don’t look down the barrel of Alec Baldwin’s shotgun,” she said. “I wasn’t allowed to say any of that [at the Oscars], but you can just come up and [slap] someone.”

I’d like to remind everyone at this point that if Will Smith had not slapped Chris Rock on stage at the Oscars, the headlines the next morning would have been about how badly Amy, Regina Hall and Wanda Sykes bombed at the Oscars. Those jokes are terrible and now I understand why the jokes Amy got to say at the Oscars were so bad – the ones they cut were even worse. But seriously, it’s like Amy gets off on portraying Black and brown men as hyper-violent and toxic. Guess she didn’t do as much “undoing” work on her racism issues as she thought she did. Referring to Will Smith as “Ali” throughout her set? Yikes. 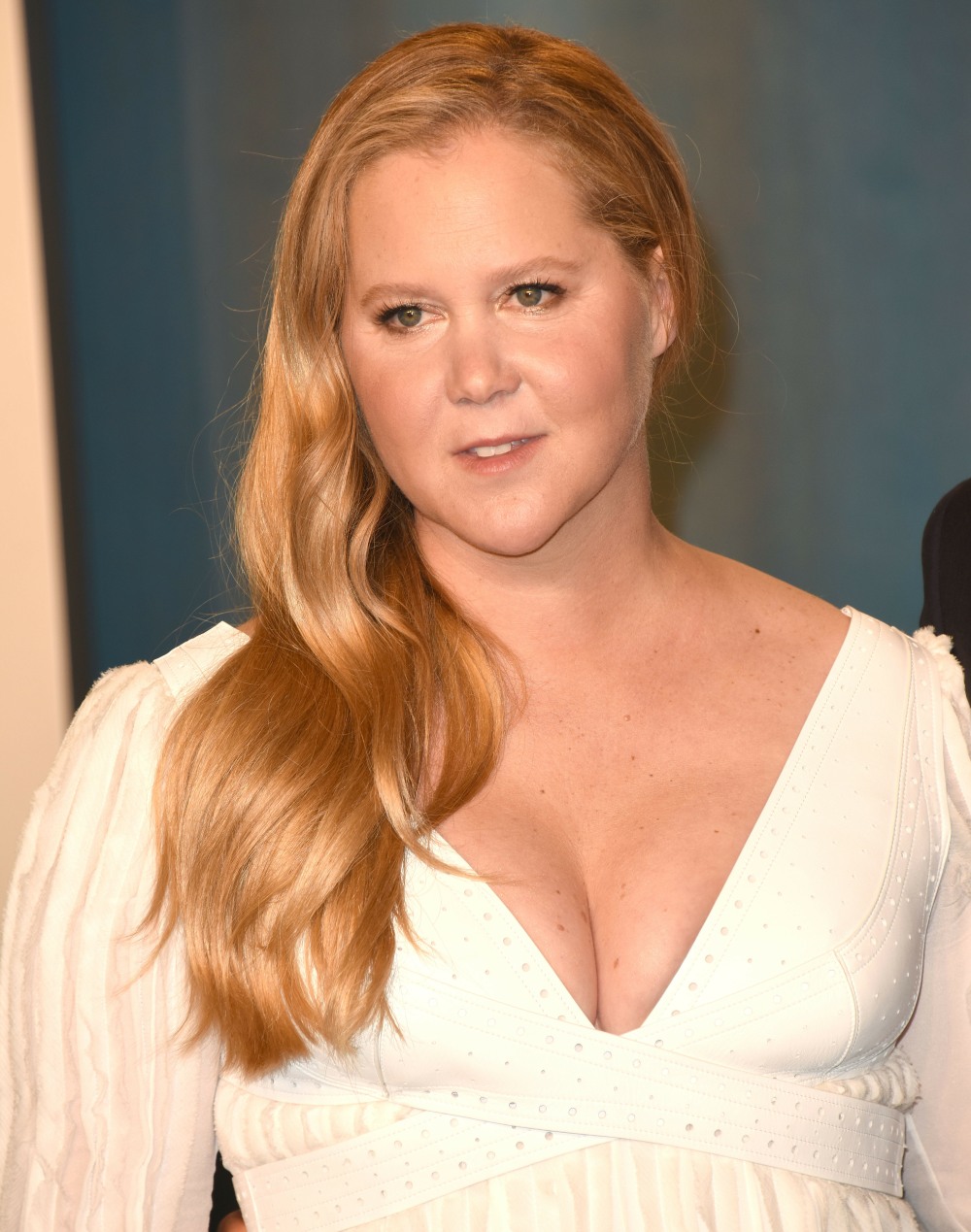