The ‘Happier Than Ever’ singer took an impassioned stand against the Texas abortion law during her set at the Austin City Limits music festival.

Billie Eilish, 19, let the audience at the Austin City Limits music festival know exactly what she thought of Texas’ new abortion law, which keeps women from getting one after six weeks. The “bad guy” vocalist was headlining the festival on Saturday October 2. She spoke out against the law in front of a backdrop, protesting it with signs with phrases like “Bans off our bodies” projected” behind her.

The “when the party’s over” singer admitted that the news of the law made her feel discouraged from playing in the Lone Star state. “When they made that s**t a law, I almost didn’t want to do this show, because I wanted to punish this f**king place for allowing that to happen here,” she said.

While Billie felt angry at legislators, she explained that Texans are the ones who are going to face consequences due to the politicians’ decisions, and she encouraged the audience to speak up against the law. “But then, I remembered that it’s you guys who are the f**king victims, and you deserve everything in the world, and we need to tell them to shut the f**k up!” she said before lifting her middle finger in the air. “My body, my f**king choice.” 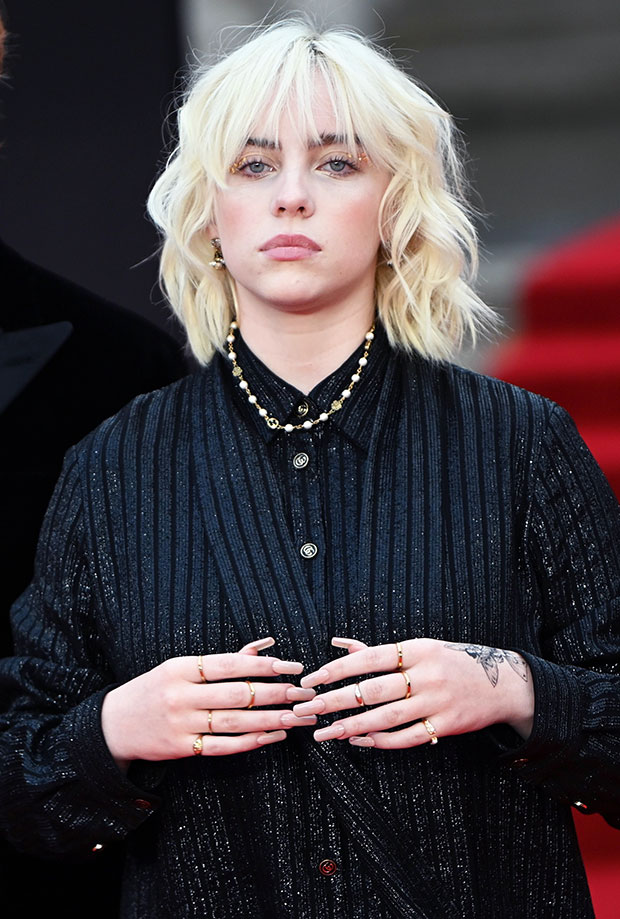 Billie’s one of many celebrities, who have voiced their anger at the Texas abortion law. Thousands of people across the country took part in the Women’s March on Saturday for reproductive rights. Stars including Amy Schumer, Raven Symoné, and Alyssa Milano all marched to protest dangerous abortion laws. Raven compared the fight for reproductive healthcare to the fight for LGBTQ rights in an exclusive statement to HollywoodLife. “I think it’s really important to participate in a march like this, because, in numbers, we can change things. And, you know, gay marriage wasn’t acceptable until everyone came together, and made noise, and made a stink about it and things changed, And now, I can get married. So, I believe that this form of activism can work and that’s why I’m here,” she said.