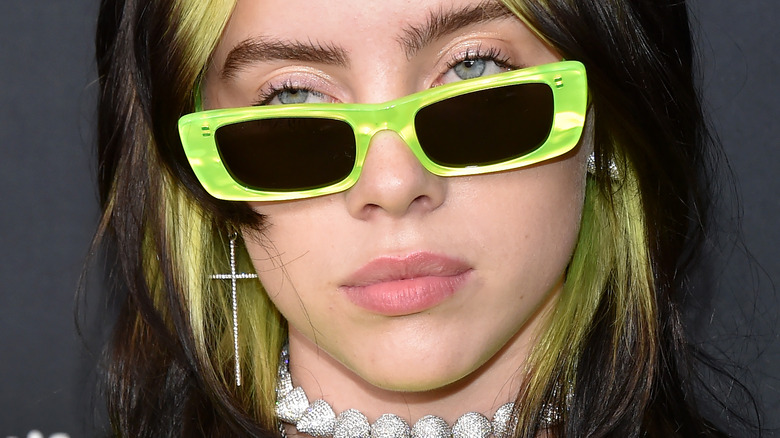 In 2019, Billie Eilish came out with her first album “​​When We All Fall Asleep, Where Do We Go?” and it hit the top of the Billboard charts and she became a global pop phenomenon (via Vox). The teen singer became known for wearing big, vastly oversized clothing nearly as much as for her music. In a Calvin Klein ad in 2019, Eilish said she wore baggy clothes to keep people quiet about her body: “Nobody can have an opinion because they haven’t seen what’s underneath. Nobody can be like, ‘she’s slim-thick,’ ‘she’s not slim-thick,’ ‘she’s got a flat a**,’ ‘she’s got a fat a**.’ No one can say any of that because they don’t know” (via Teen Vogue).

She then made headlines by flipping the script — going from baggy clothes to a corset on the cover of “Vogue.” She anticipated what her haters might say: “‘If you’re about body positivity, why would you wear a corset? Why wouldn’t you show your actual body?’ My thing is that I can do whatever I want.”

Despite her confidence, it turns out that Eilish isn’t that different from many of us when she looks at seemingly perfect bodies in Instagram pics. “Oh my God, how do they look like that? […] oh God, that makes me feel really bad,” she told The Guardian. “And I mean, I’m very confident in who I am, and I’m very happy with my life … I’m obviously not happy with my body, but who is?” 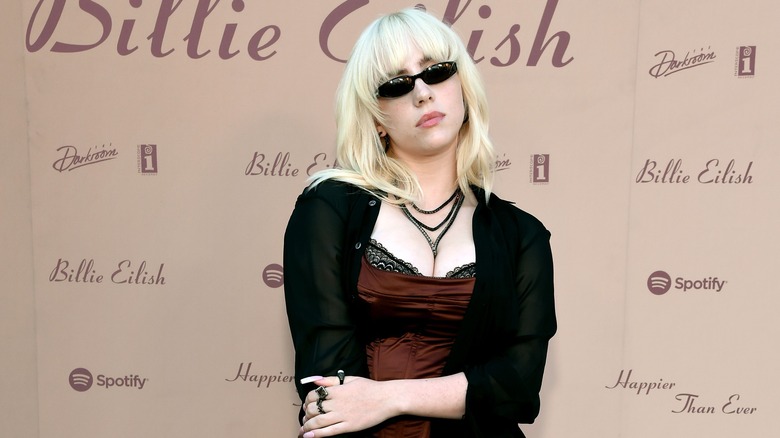 It sounds like Billie Eilish’s relationship with her body could keep her from performing if she let it. “When I’m on stage, I have to disassociate from the ideas I have of my body,” Eilish explained to The Guardian. “Because I have such a terrible relationship with my body, like you would not believe, so I just have to disassociate.” Part of the problem seems to be exacerbated by the side effects of fame — getting photographed all the time and then getting judged for how you look. “You get a paparazzi picture taken when you were running to the door,” said Eilish, “and had just put anything on, and didn’t know the picture’s being taken, and you just look how you look, and everyone’s like, ‘Fat!'”

Eilish addressed the judgment and opinions that have come her way solely about her appearance and how she dresses. She created a short spoken-word film for her 2020 tour called “Not My Responsibility” that shows her slowly removing pieces of clothing and it includes the lines: “Some people hate what I wear; some people praise it. Some people use it to shame others; some people use it to shame me […] So while I feel your stares, your disapproval or your sigh of relief. If I lived by them, I’d never be able to move.” It ends with, “Is my value based only on your perception? Or is your opinion of me not my responsibility?”