Out of the woods. After months of back-and-forth in court with ex-wife Angelina Jolie, a judge ruled in favor of Brad Pitt to share joint custody of their six children, Us Weekly confirms.

Brangelina: The Way They Were

The Once Upon a Time in Hollywood actor, 57, and Jolie, 47, have been battling it out in court to determine custody over Maddox, 19, Pax, 17, Zahara, 16, Shiloh, 14, and twins Knox and Vivienne, 12, since their September 2016 split. On Wednesday, May 26, Judge John Ouderkirk ruled that the exes will split time with their children.

“[Jolie’s] testimony lacked credibility in many important areas, and the existing custody order between the parties must be modified, per Mr. Pitt’s request, in the best interests of the children,” court documents obtained by Us stated. 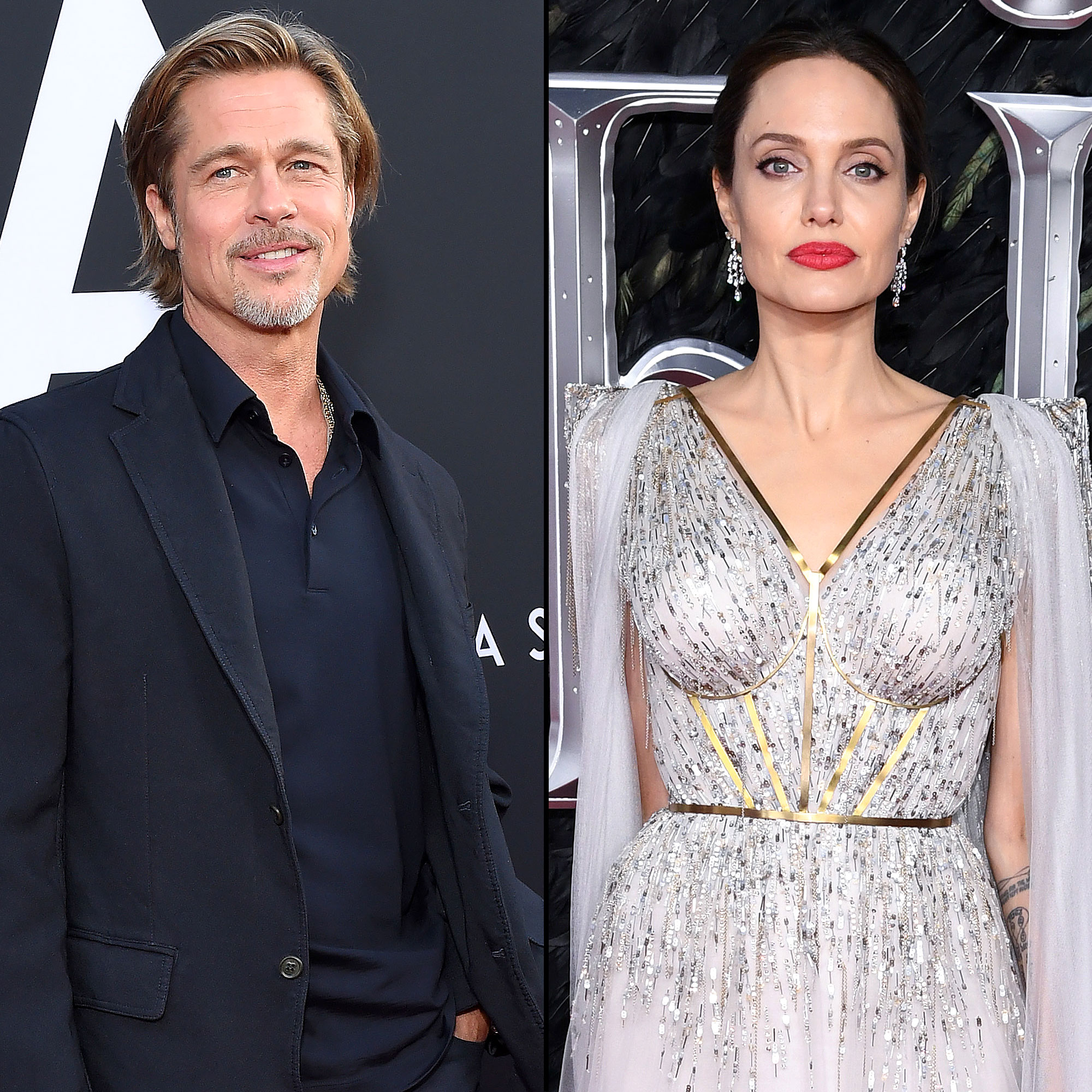 Jolie previously attempted to remove the judge from the case, claiming in August 2020 that Ouderkirk failed to disclose “ongoing business and professional relationships” with Pitt and his legal team. News of the decision in the pair’s custody agreement came shortly after the Maleficent star claimed the court refused to hear evidence from her kids surrounding the Oscar winner’s alleged history of domestic violence.

The former couple got engaged in 2012 and tied the knot two years later. Jolie filed for divorce in September 2016 after two years of marriage and the pair were declared legally single in April 2019.

Two months after their divorce was made final, a source told Us that the Mr. & Mrs. Smith costars were aiming to have an “amicable” coparenting relationship, using the OurFamilyWizard app “to coordinate the kids’ schedules.” In September 2020, a second source revealed Pitt was seeking “50/50 physical and legal custody of the kids.” 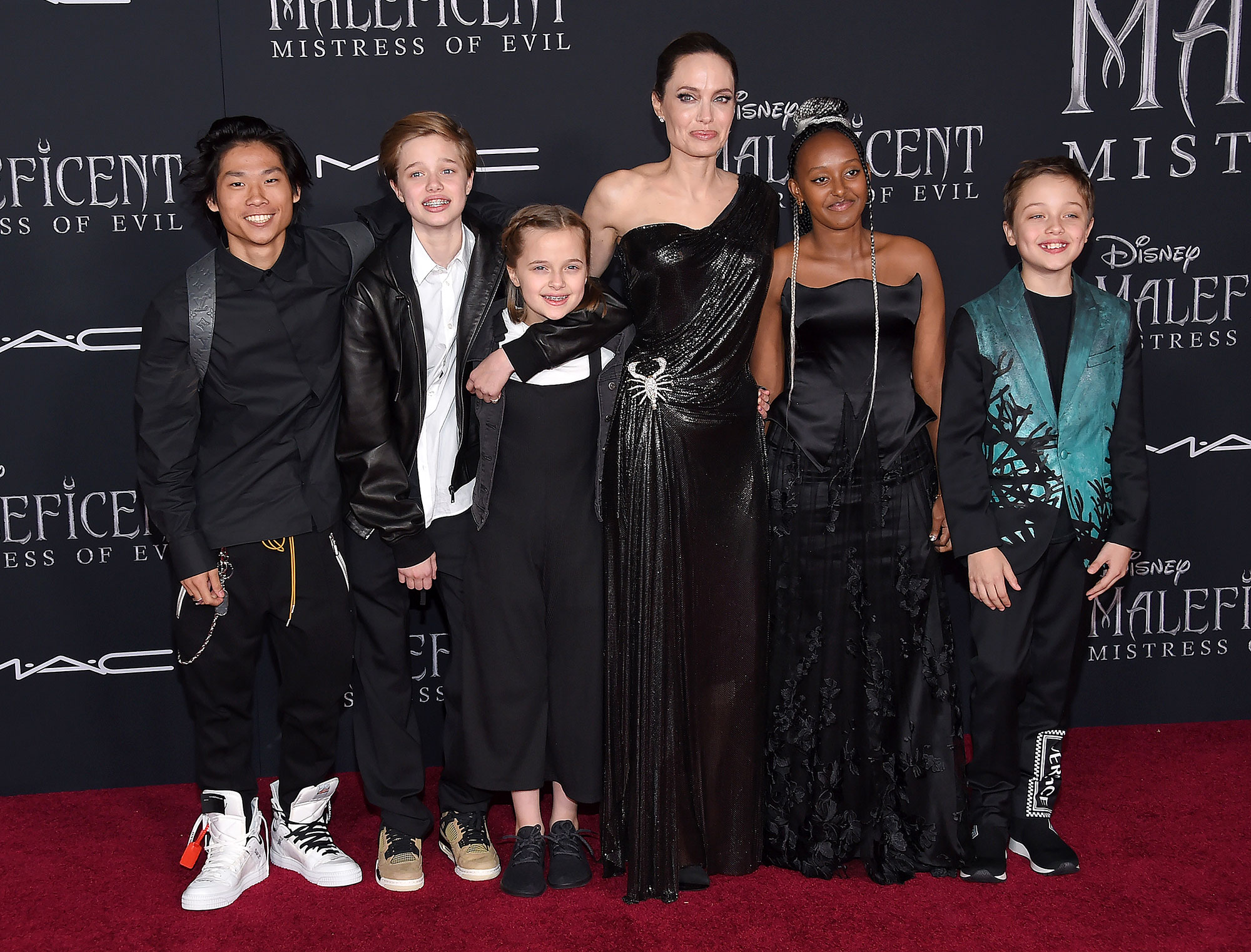 Things between the exes took a dramatic turn earlier this year, however, when Jolie filed documents to the court in California claiming she and her kids were willing to provide “proof and authority in support” of alleged domestic violence incidents committed by Pitt. However, a source close to the Troy actor asserted the filing was simply an attempt to “hurt” him.

“Over the past four and a half years there have been a number of claims made by Angelina that have been reviewed and not substantiated,” the insider noted in March. “The children have been used by Angelina to hurt Brad before and this is more of that behavior. This leaking of documents by her fourth or fifth set of lawyers has been done to hurt Brad.”

That month, Maddox, the pair’s eldest child, testified against Pitt — and “it wasn’t very flattering,” a source noted.

Amid the tumultuous legal drama, Jolie has turned to her loved ones for support. While speaking with British Vogue earlier this year, the actress admitted that it’s “been pretty hard” to keep her head held high throughout her messy divorce.

“I’ve been focusing on healing our family. It’s slowly coming back, like the ice melting and the blood returning to my body,” she told the outlet in February. “I’m not there yet. But I hope to be. I’m planning on it.”