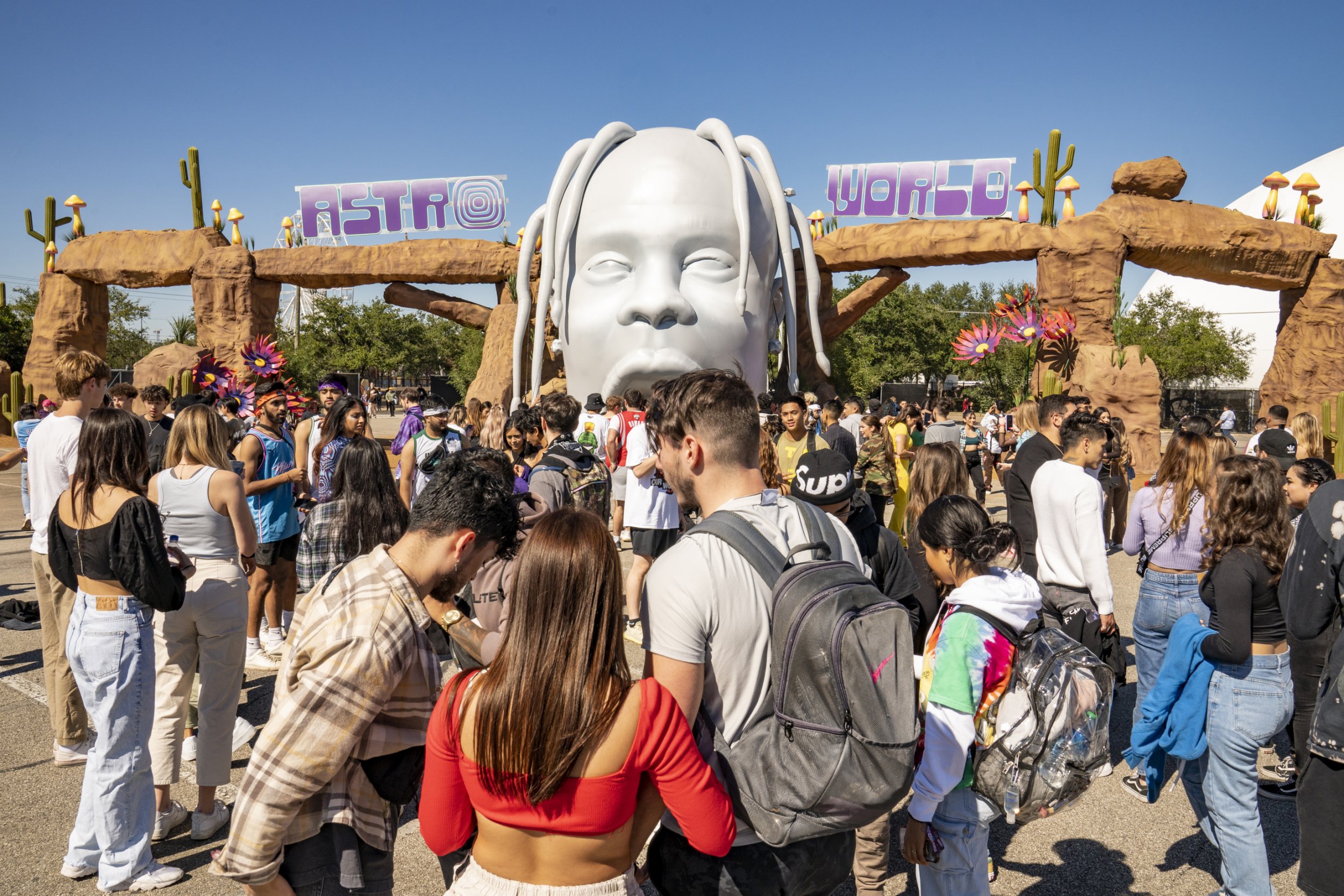 A 14-year-old child was among the eight people who died at Travis Scott’s Astroworld festival, according to reports.

Eight people were killed on Friday when crowds at the festival in Houston, Texas surged towards the stage.

A 16-year old was also killed in the incident, the city’s mayor Sylvester Turner revealed in a new conference.

A further 25 people were admitted to hospital and 14 are still receiving treatment, five of which are under the age of 18.

Travis had earlier shared a statement of his sorrow at the tragedy, writing: ‘I’m absolutely devastated by what took place last night. My prayers go out to the families and all those impacted by what happened at Astroworld Festival.

‘I am committed to working together with the Houston community to heal and support the families in need.

‘Thank you to Houston PD, fire department and NRG Park for their immediate response and support. Love you all.’

A statement from the festival revealed Saturday’s show had been cancelled in the wake of the incident.

It read: ‘Our hearts are with the Astroworld family tonight, especially those we lost and their loved ones.

‘We are focused on supporting local officials however we can. With that in mind, the festival will no longer be held on Saturday.

‘As authorities mentioned in their press conference earlier, they are looking into a series of cardiac arrests that took place. If you have any relevant information on this, please reach out to @HoustonPolice.

‘Thank you to our partners at Houston Police Department, Fire Department, and NRG Park for their response and support.’