Talking smack! Chris Brown made his thoughts on ex-girlfriend Karrueche Tran’s boyfriend, Victor Cruz, known after the football player shared a picture of himself with the model.

In several now-deleted comments section of the photo, posted to Instagram on Sunday, June 9, the “Forever” singer, 30, criticized Cruz’s style.

“No shade boo, but PLEAS [sic] STYLE HIM,” Brown wrote. “He look like he shopping off the manikin [sic] and trying to bargain with the sales manager. Retired wrestler spanks [sic]. I’M F—KING AROUND … Good [sic] bless.”

The Grammy winner didn’t leave things at that, however, adding in two separate subsequent comments, “No shade” and “Just minor.” 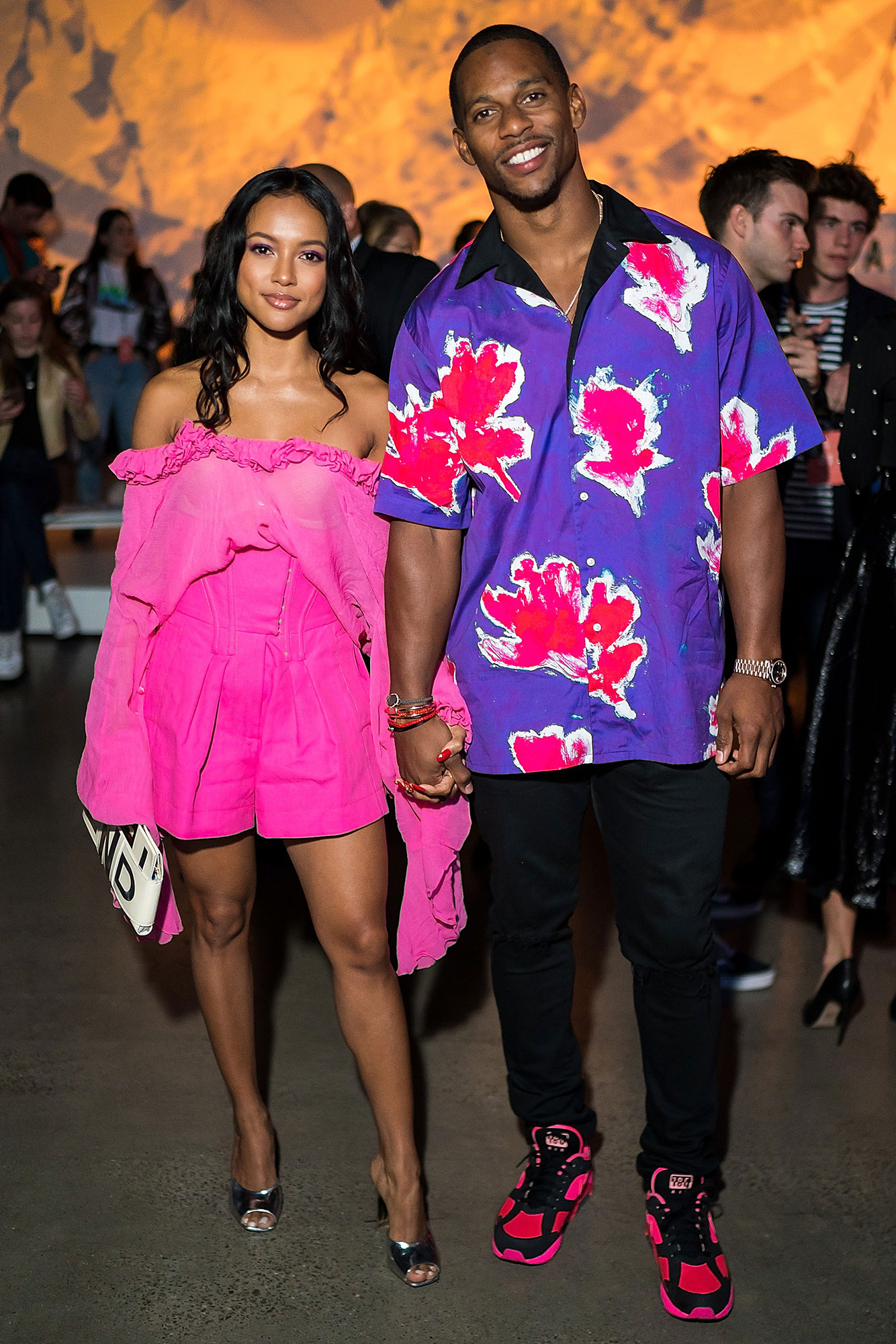 In fact, Brown offered to help Cruz improve his fashion game. “Nothing bad or major,” he wrote. “UPGRADE HIM SIS. I’ll take him around to style him. NOT HATE. He just need some game spirit.”

Brown’s Instagram Stories revealed that the musician may have had some ulterior motives for his suggestion, however. “Is it a sucka [sic] move to think about your ex?” he captioned one.

Read another, “A person that you really care bout [sic] you gone [sic] show it … even on bad terms.” 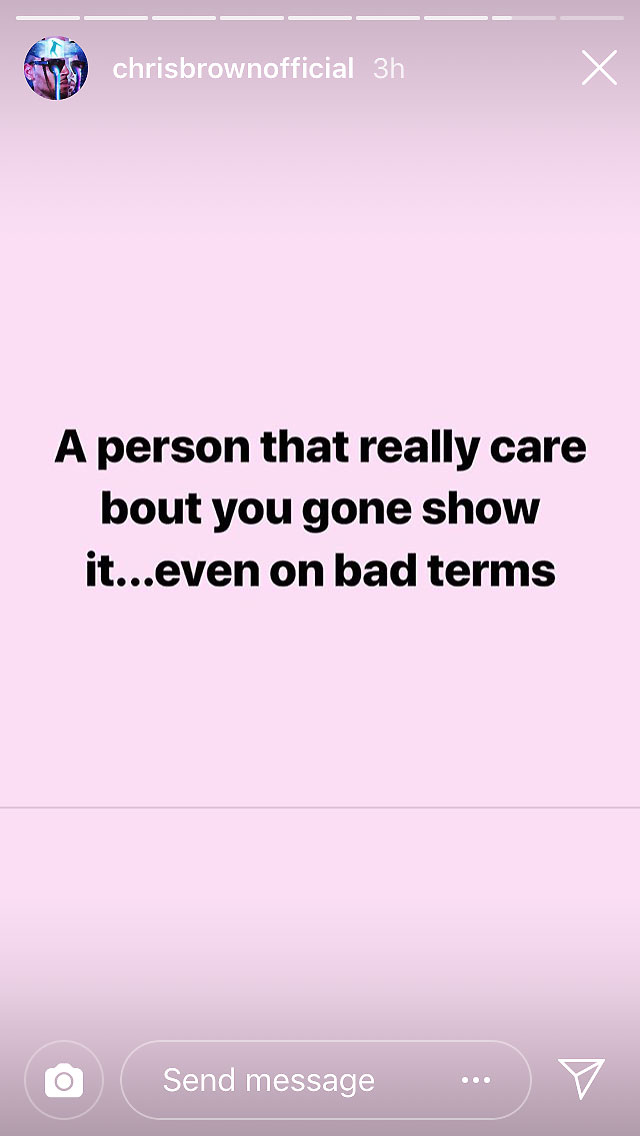 It’s not the first time Brown has offered his two cents on the couple: In March 2018, he commented that his former flame looked “really good” with the wide receiver.

Brown and Tran, 31, who dated on and off from 2011, split in December 2014. “I refuse to be repeatedly mistreated especially by someone who claims to love me,” she wrote at the time. “That’s not love. … If you can’t love me the right way, then don’t love me at all. Don’t be mad at me because I prefer to be happy.”

The rapper hurled his own accusations at the actress at the time, responding, “We’ve got scars, some of them u [sic] gave me, some of them I’ve caused. That ride or die act we have been fooling the world with obviously ain’t working. I was locked up for damn near 4 months and only got 1 visit from you while u [sic] was hosting parties and taking secret trips to Toronto, going on dates with Drake!”

Tran served her ex with a restraining order over allegations of physical abuse in May 2017. The order was later extended through June 2022, though Tran reportedly made amendments to the paperwork that would allow the duo to attend the same industry events in December 2017, according to The Blast. 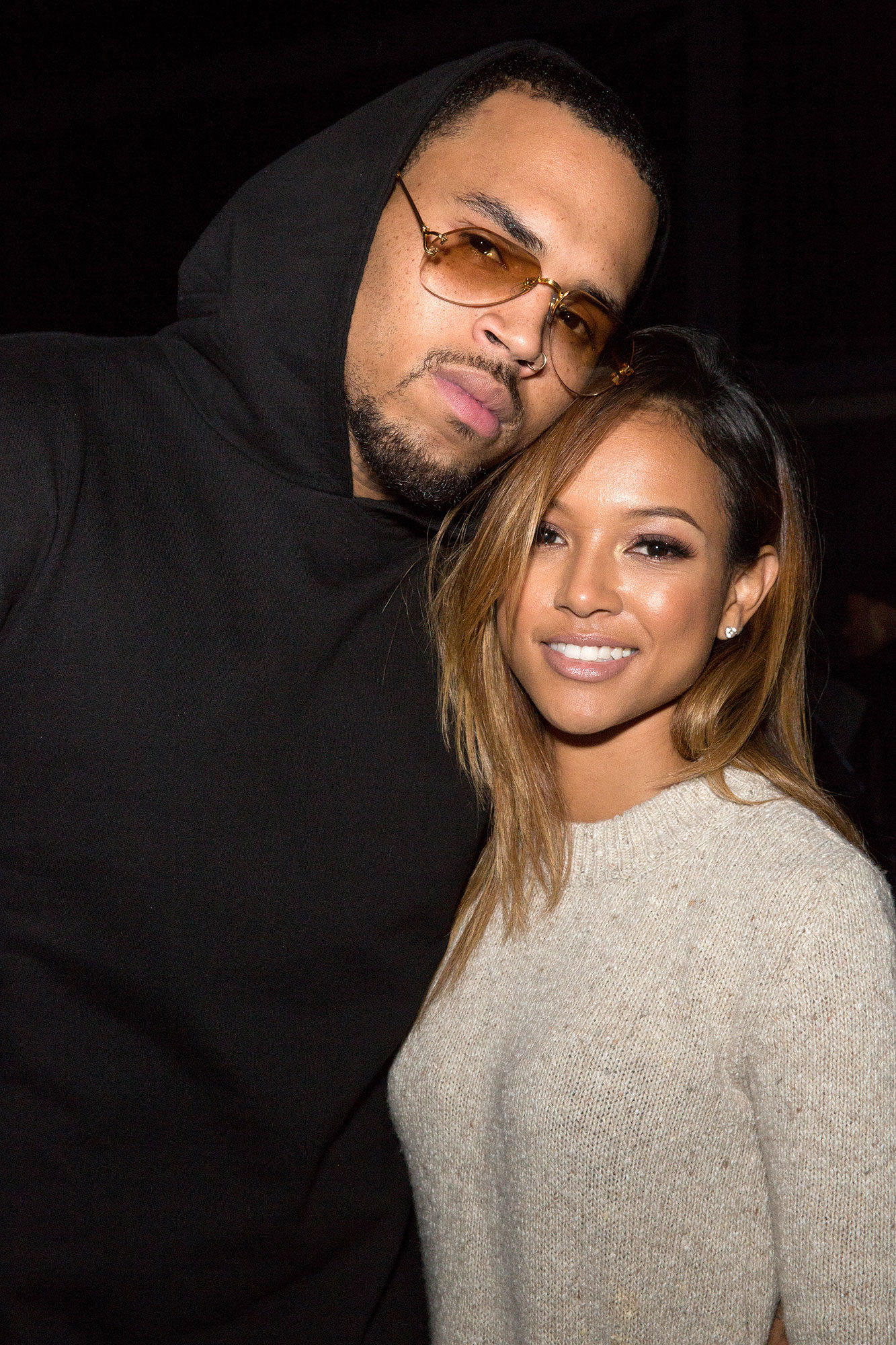 “Karrueche feels supported by him and thinks they are the real deal,” the source told Us of the duo in December 2018. “She’s very into him and he feels strongly about her too.”

Brown, meanwhile, remains single, though an insider told Us Weekly in November 2018 that he also remains in “frequent contact” with ex Rihanna. The “Undecided” crooner most recently commented on the Fenty designer’s lingerie-clad photo in May. “TO BREAK DA INTERNET! KEEP RISING QUEEN,” he wrote. “MUSIC SOON PLEASE.”