Give him a break! Chris Harrison wants The Bachelorette viewers to cut Tyler Cameron some slack after the season 15 runner-up’s back-to-back dates with Gigi Hadid.

“I mean, he’s young, he’s single. I think she’s young and single, so it sounds great to me,” the Bachelor franchise host, 48, told Us Weekly exclusively at the ABC All-Star Party in West Hollywood on Monday, August 5. “Good for him.”

Although Cameron, 26, didn’t win The Bachelorette — Hannah Brown gave her final rose to Jed Wyatt, only to break off their engagement weeks later — he ended up scoring a date with the leading lady after the July 30 finale. Brown, 24, invited the general contractor over to her place in Los Angeles on Thursday, August 1, and he stayed the night. However, Cameron was spotted on two dates with Hadid, 24, just days later: first at Dumbo House in Brooklyn, and then at Frames Bowling Lounge in New York City.

“What people also have to understand … Hannah and Tyler aren’t together,” Harrison told Us at Monday’s Television Critics Association Summer Press Tour event. “I think it’s a little rough on him because he said ‘yes’ to a date, and people are really shipping that hard. We all wanted [it], and I did too.” 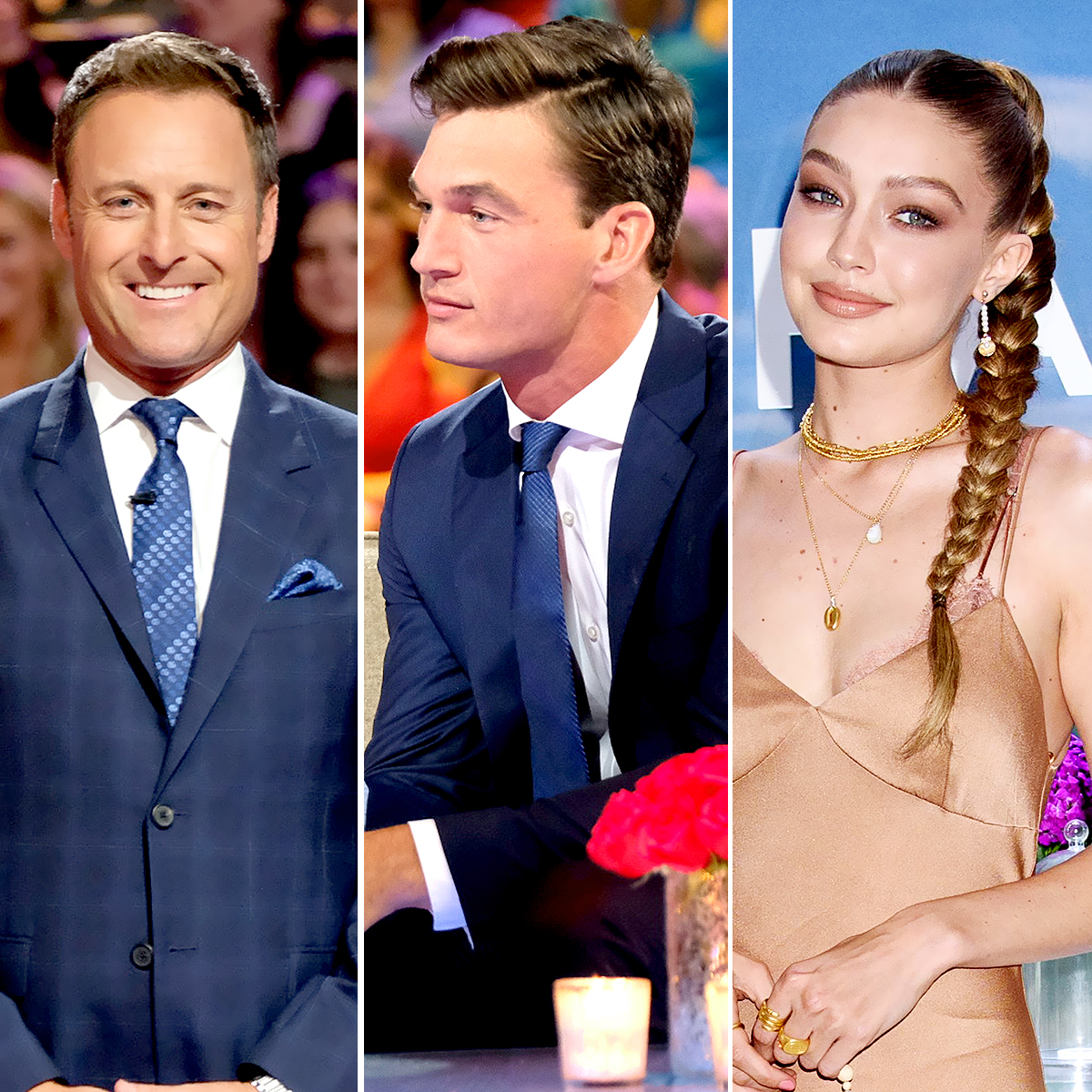 The former Who Wants to Be a Millionaire? host acknowledged that he realizes “why people are a little disappointed” in Cameron’s actions, but he also sees both sides of the story.

“Take it easy on Tyler, take it easy on Gigi and Hannah,” he told Us. “They’re all young and single. Tyler, actually, if you remember, got dumped by Hannah.”

Harrison added, “Let’s give him a little bit of a break. I’m going to give him a pass on this one.”

Hours earlier, however, the TV host was a little less sympathetic about Cameron’s future. “If Tyler is bouncing around from girl to girl and loving the life and enjoying the limelight … that’s not someone we’re going to want to have as our Bachelor,” he told Entertainment Tonight.

Brown, for her part, brushed off the rumors surrounding her ex and the supermodel. When Us asked for her take on Monday, she responded, “I’m not going to talk about Tyler or any of that stuff. Thank you, next.”

With reporting by Amanda Champagne