Is it a Hemsworth or Brad Pitt or David Beckham — it’s so hard to tell! Just kidding, we know it’s Chris Pine, and we are loving his new, casual look.

Move over, Brad Pitt! You and your teeny-tiny ponytail have some competition! Chris Pine, 41, stepped out in quite the outfit to grab some coffee on Tuesday, Jan. 11. The Star Trek super star wore a black zip-up hoodie paired with running shorts over black leggings and] sandals to stop by the Blue Bottle Coffee cafe in Los Feliz to pick up a coffee. 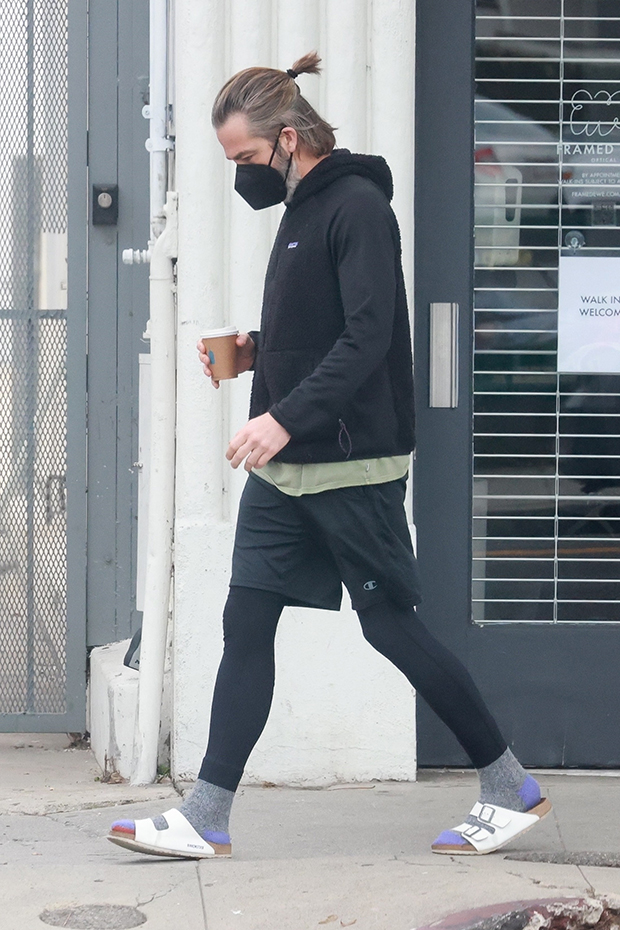 But let’s get back to the hair — don’t you love it?! And we’ve all been there too right; your hair’s in this wild in-between, too short for a proper pony but too long to leave it down without it being in your face all the time. But pretty soon, Chris will be able to pull off the ever attractive man bun, like Justin Bieber. Honestly, it doesn’t matter what he does with his hair; he’ll always just look hot!

And in all honesty, it’s just nice to see him! Chris has been hard at work through the pandemic on some highly anticipated new projects, including a movie version of the game Dungeons & Dragons, and the next installment of the Star Trek franchise, where he plays Captain Kirk. But it’s been close to 2 year since we’ve seen the movie star in a, well, actual movie! His last flick to delight fans was Wonder Woman 1984 (never forget the fanny pack!) with Gal Gadot. 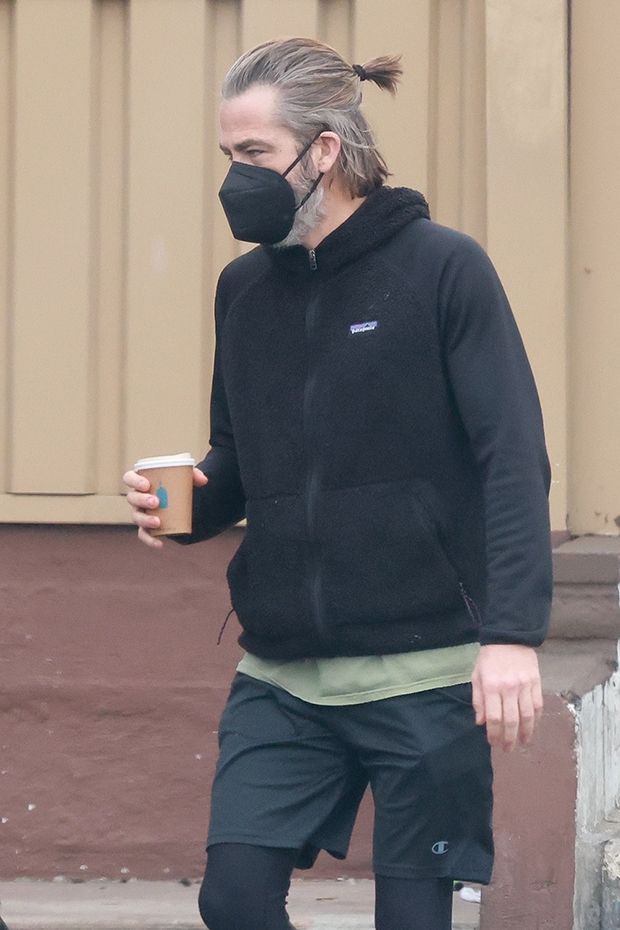 But my question is: which role did he grow the beard for? If you look closely at our rare sighting of Mr. Pine, you’ll notice quite the scruffy beard beneath his mask. Could time have gotten the better of James T. Kirk? Or could it be for something else. Now, if it wasn’t such a rare occurrence to see Chris out and about, we might have a better guess!

Regardless, 2022 is already looking like the year for hair makeovers for all kinds of stars. Jennifer Aniston is letting her hair go all frizzy; Bowen Yang is starting off the new year going platinum; but no one can touch Demi Lovato and the changes they’ve made to their look!