Grid so you know it’s real! Dale Moss’ rekindled relationship with Clare Crawley seems to be going strong, and his latest Instagram post proves it.

The former NFL player, 32, shared a photo with the ex-Bachelorette, 40, on Friday, May 28 — his first since their reunion earlier this year.

“This makes me happy,” he captioned the picture, which shows the couple in a casual embrace and matching necklaces. The California native’s engagement ring is also visible on her left hand. 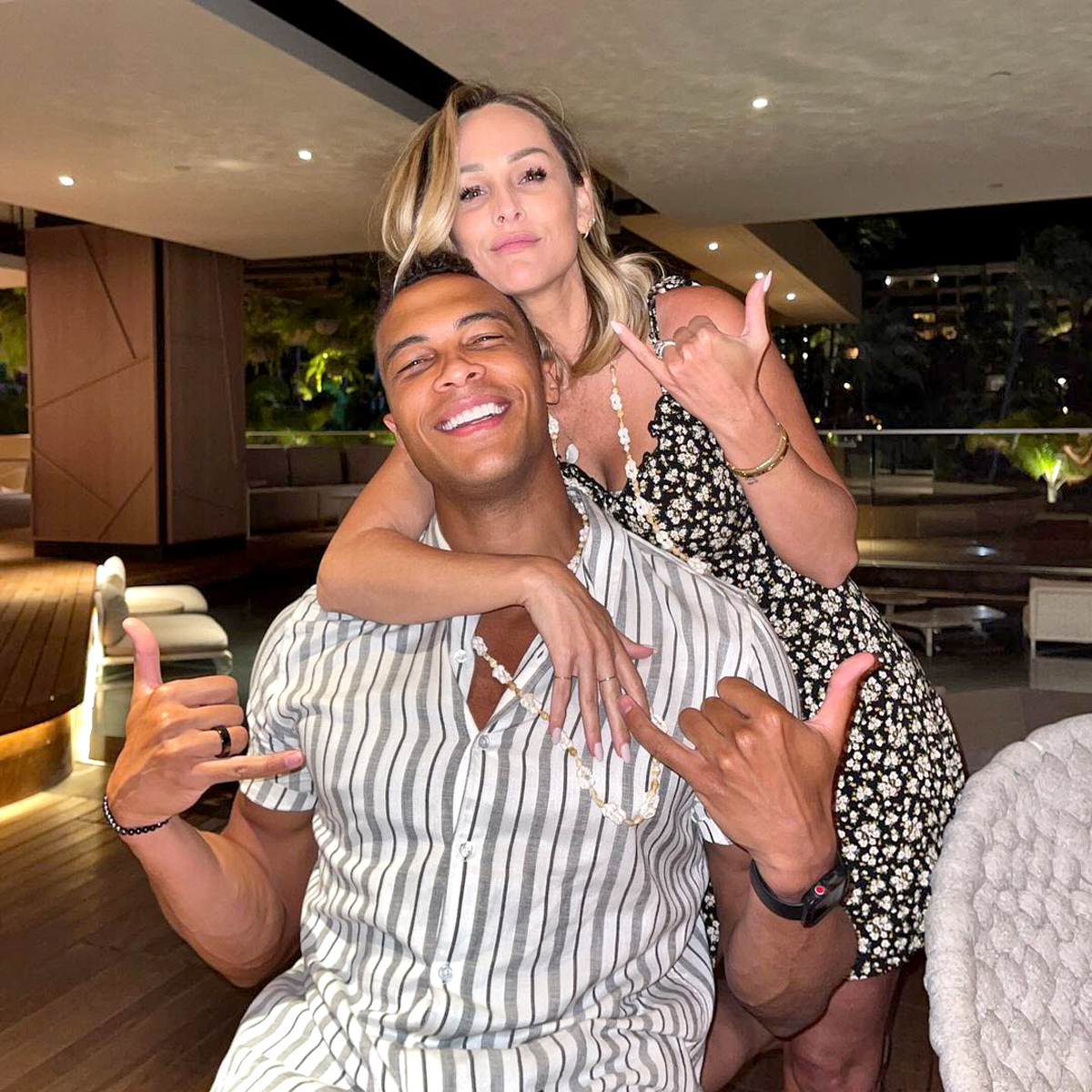 The pair met during season 16 of The Bachelorette, which aired from October to December 2020. They had such an immediate and intense connection that Crawley decided to quit the show after just four episodes. Moss proposed to her after less than two weeks of filming, and Tayshia Adams replaced her as the new Bachelorette.

When they returned to the real world, speculation about their relationship status immediately began. “Dale and Clare are technically still together but there are serious issues they are working through,” a source told Us Weekly in January. “They’re in communication but on a break.”

Shortly thereafter, Us confirmed that the duo had called it quits. “I wanted [to] share with you all that Clare and I have decided to go our separate ways,” Moss wrote in a statement via Instagram. “We appreciate the love and support we’ve received from so many people, but this is the healthiest decision for both of us at this time.”

The split didn’t stick for long, though, because by February, the twosome were spotted holding hands in Florida and Us confirmed that they had decided to give their romance another a shot.

“Dale has been pretty secretive with friends when they’re asking if he’s back with Clare, but it’s obvious to everyone that they’re back together,” an insider told Us at the time. “They’re just figuring things out and enjoying spending time together.”

‘The Bachelorette’ Season 17: Everything We Know About Katie Thurston’s Journey

The hairstylist popped up in one of Moss’ Instagram Stories in April, but both continued to play coy about whether or not they were still engaged. Her ring, however, has made a couple of appearances on Instagram.

“Clare has been wearing her engagement ring but she’s not ready to make a big announcement about her engagement being back on,” a source explained to Us last month. “They aren’t rushing into marriage. They both are focused on work projects and want to make sure they’re in a good place career-wise before they can make a serious commitment.”