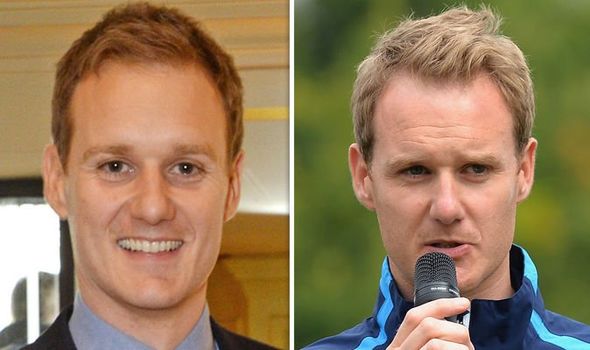 The BBC presenter shared a short video of some colourful art on Twitter. With the post he said, “Slightly mesmerised by this”. Dan’s Twitter followers joked the art looked like a “full set of cheeses” in board game Trivial Pursuit.

One said: “Complete trivial pursuit cheese without the anguish.”

Another added: “Thanks Dan, I can’t stop watching this.”

A third person said: “I get slightly mesmerised watching you and Louise on BBC One news. Just saying.”

His co-host Louise Minchin joins Dan on the show three days a week. 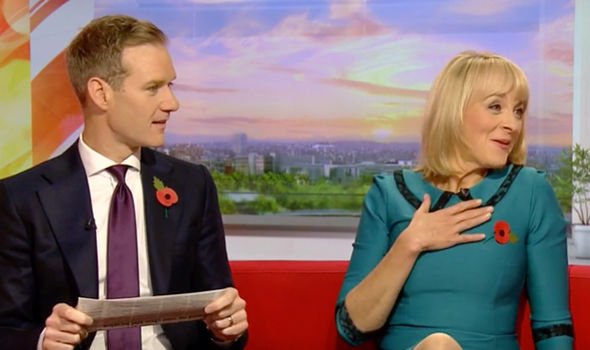 A slightly red-faced Louise having to assure viewers. But when the broadcast journalist returned he revealed he’d actually been “trapped in the loo”.

Smiling at the camera, Louise had to explain the situation.

“You’re here with with Dan Walker,” she began, giggling: “He’ll be here in a minute. 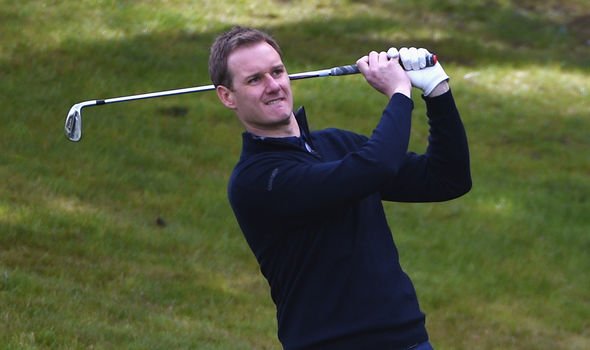 “And me Louise Minchin…” She went on, despite attempting to report as normal the presenter suddenly assured fans of the 42-year-old host that he was “alright”, and went on to give the update.

Luckily it wasn’t long before the presenter returned, but he appeared immediately flustered.

“I’m back…” Dan declared with a laugh, and Louise was struggling to retain her composure.

Putting her face in her hands, Louise shook her head as Dan went on to explain where he’d got to.

“I got stuck in the loo! Sorry about that,” the host added.

Also during the programme, Dan suffered another innocent blunder when he accidentally read out the same tweet Louise had already delivered.

The presenters quickly laughed off the gaffe and continued on with the serious news of the day.

BBC Breakfast airs weekdays at 6am on BBC One.