Donald Trump’s no longer flying in the luxury of Air Force One! The former president was seen boarding a much smaller Cessna plane and Twitter couldn’t help but chuckle.

Donald Trump‘s presidential perks ended when Joe Biden took office on Jan. 20 — and it turns out he’s majorly downgraded when it comes to flying. The 74-year-old had four years of access to the luxe Air Force One, but is now flying on the much more compact Cessna Citation X. Donald was spotted boarding the mid-size jet for a flight out of New York City in photos obtained by the Daily Mail on Tuesday, March 9. Wearing a long black coat, Donald can be seen holding onto a bar for support as he makes his way up the tiny staircase and onto the aircraft. 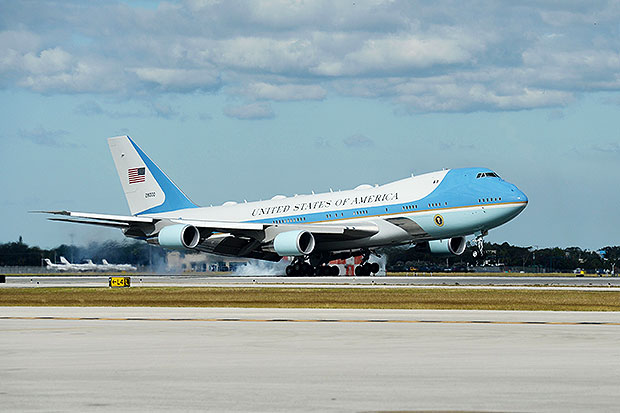 The Cessna Citation X is much smaller than the spacious Air Force One, which is a massive Boeing 747. The 1997 Cessna, which seats between nine and 12 passengers, is reportedly registered to Donald’s company The Trump Organization. The tiny plane, worth about $20 million, wouldn’t allow for the 6’3″ Apprentice star to stand up (the interior cabin has a height of 5-foot-7). It’s unclear why Donald wasn’t using his 43-seat Boeing 757, informally dubbed “Trump Force One,” which he regularly used during his 2016 presidential run. 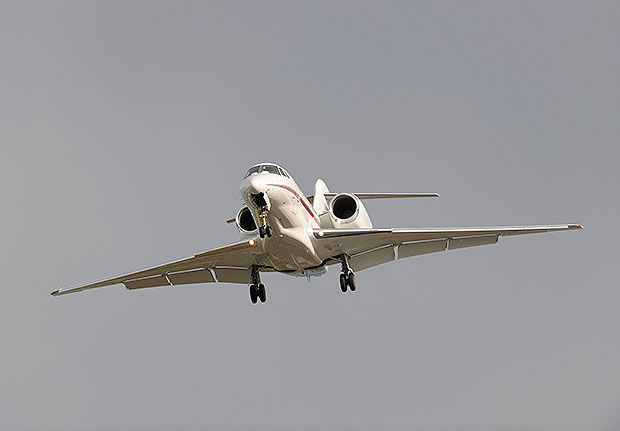 Either way, the tight spaced Cessna wouldn’t have the luxuries of Air Force One which include a private bathroom with shower, spacious boardroom tables, private cabins and sectional sofas — but instead usually includes two sets of 1 x 1 chairs facing each other. 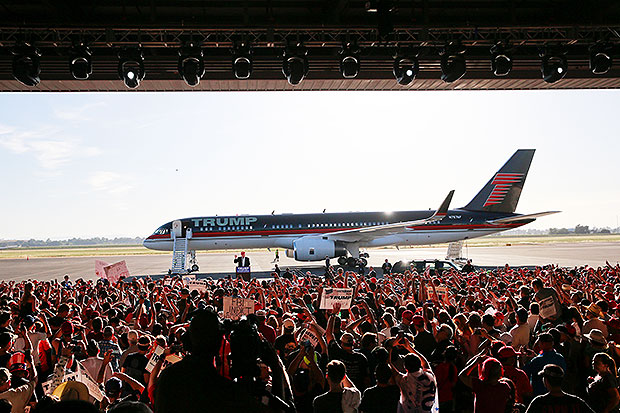 The Twitterverse quickly mocked Donald’s downgrade from Air Force One to the Cessna. “Aw… POOR Trump, he now has to fly a SMALL Cessna plane…,” and “After making us bend over for 4 years, at least now Trump has to bend over inside his own plane,” two Twitter users wrote. “Oh, how the mighty have fallen,” another added, while a third shared a hilariously sarcastic post.

“Here is a juicy little tidbit for you. Remember that big old Trump jet he used to fly? Well, chump now flies on an average little Cessna. Coming down in the world quick. Not even HE wants to fly something with his name on it anymore,” they posted on the social media platform.