When Olivia Wilde released Booksmart, the first film she directed, it was a smash hit. The actress had already spent a decade in the public eye, starting from her role in House in 2005. But her success behind the camera brought a new legion of fans. Since her achievements with Booksmart, those fans have eagerly awaited her next project, announced in the summer of 2019 as Don’t Worry Darling. But the details of the upcoming Don’t Worry Darling film are even better than anyone could have guessed.

When the Don’t Worry Darling script was first put up for auction to production studios back in July of 2019, it was considered a hot property. A full 18 bids came in from various studios and streamers, aiming to be the name behind Wilde’s next project. At the time, Wilde was also set to star in the film, which Deadline billed as a "mystery thriller for the MeToo era."

Since then, there have been a few changes. Original actor Shia LaBeouf had to pull out of the film, and though Wilde still will appear in it, she is not playing the lead role. But neither of these changes have slowed down the production, which built an A-list level ensemble. Filming is now underway.

There is no teaser, or even a poster for Wilde’s Don’t Worry Darling as of this writing. But with filming underway since October of 2020, there are a few photos from the set, including this adorable visitor. 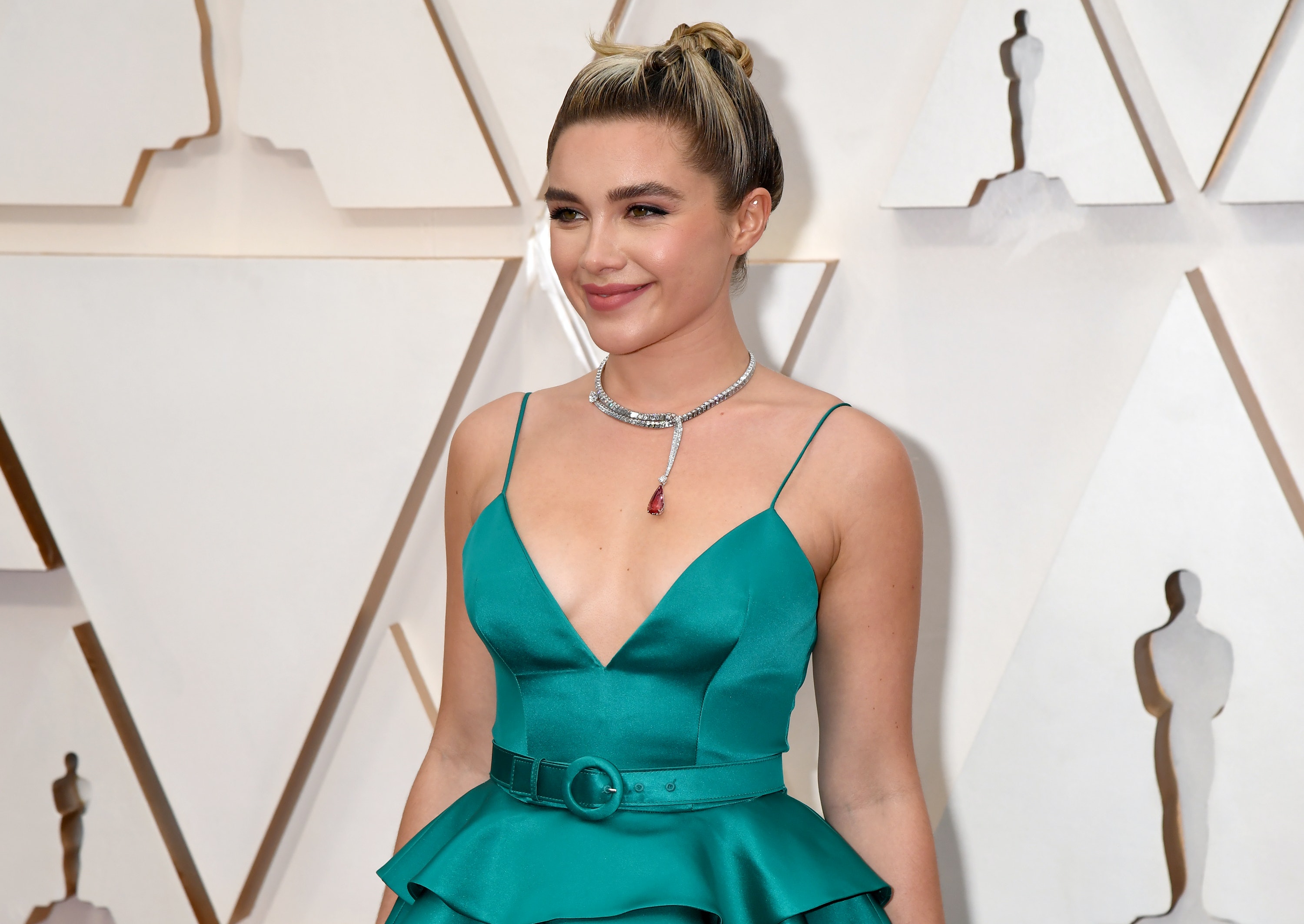 The cast for Don’t Worry Darling is stacked, starting with the film’s main character, played by Little Women Oscar nominee Florence Pugh. Her casting was announced alongside another A-list actor, Chris Pine, and LaBeouf.

But the big news is the actor playing the leading man. Singer and actor Harry Styles stepped into the role after LaBeouf departed. Putting these two actors together opposite each other has turned a highly anticipated film in Hollywood into a red hot project.

Wilde and New Line have kept plot details about Don’t Worry Darling a secret so far. But according to Deadline, the psychological thriller is set "in an isolated, utopian community in the 1950s California desert." Pugh’s role is described as "a 1950s housewife whose reality begins to crack, revealing a disturbing truth underneath."

Don’t Worry Darling started production in mid-October of 2020 but quickly had to shut down when a member of the production tested position for the coronavirus. Since then, filming has resumed and hopefully will stay on track.

There is no release date for Don’t Worry Darling as of yet. But industry watchers assume New Line will set it for a late 2021 release in time for next year’s awards season.