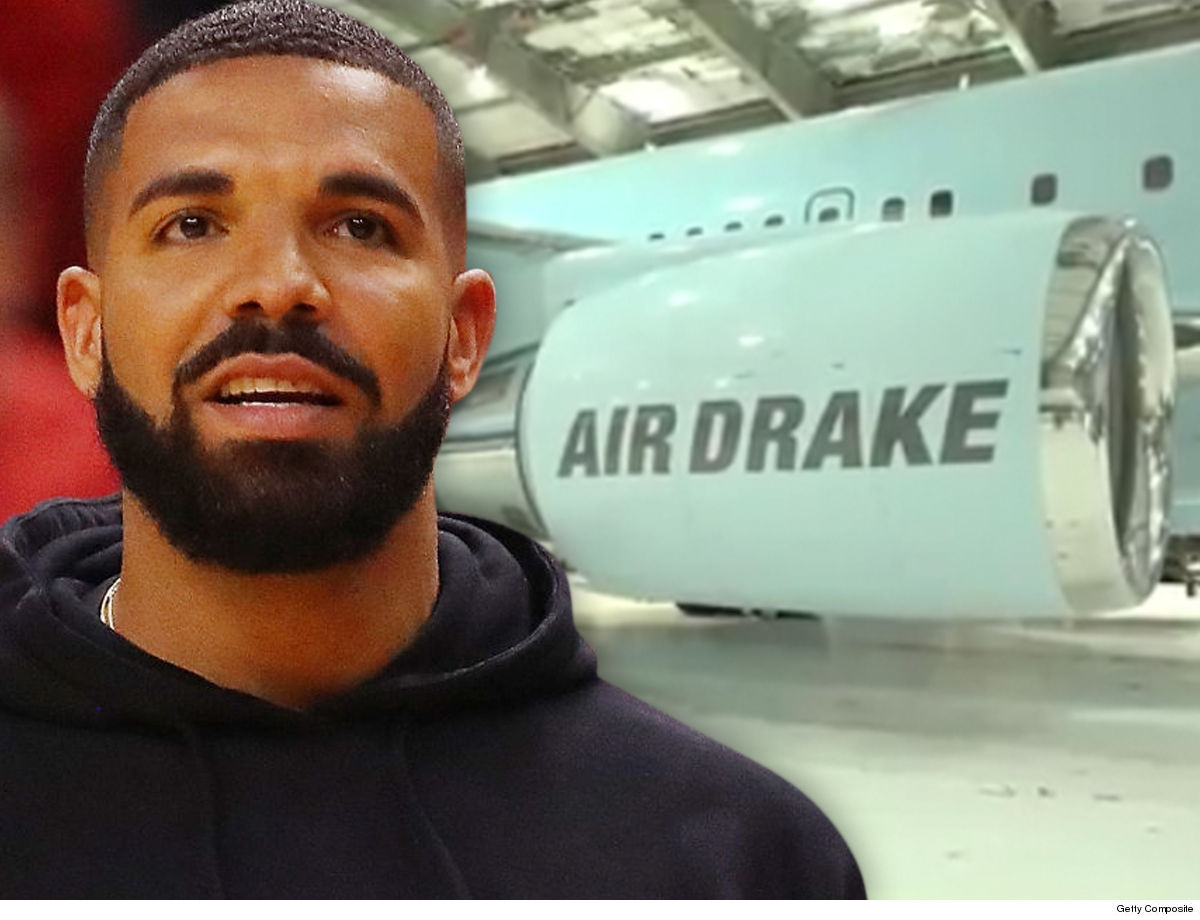 Drake‘s refueling in the Caribbean before his Raptors take on the Warriors in the NBA Finals — flying down in his massive new jet … which is a monster compared to other airliners.

Champagne Papi’s new custom “Air Drake” plane was spotted on a landing zone in the Bahamas Sunday, where all its grandeur and OVO swag were on full display as it sized up what appears to be a much smaller Delta-branded model nearby — maybe a 737-700.

Drake didn’t settle for a standard G4 — he opted for a full-size aircraft, shelling out a ton of cash for a custom 767-300F Boeing plane, which normally seats hundreds of passengers or even cargo loads. The retail price for this type of ride has ranged anywhere from $185M to $220M over the past couple years. All told … it’s a multi-million dollar purchase.

He also gave a tour of the plane as it was being finished up earlier this month, and it’s definitely got all the bells and whistles you might expect.

Can’t blame Drizzy for wanting to get away for a few days either — he was Toronto’s biggest cheerleader these past few days … and could certainly use some rest if he’s gonna bring that same energy for Oakland (which we’re sure he will).

Rest up, Aubrey … and be careful where you swing that thing. It could hurt somebody.