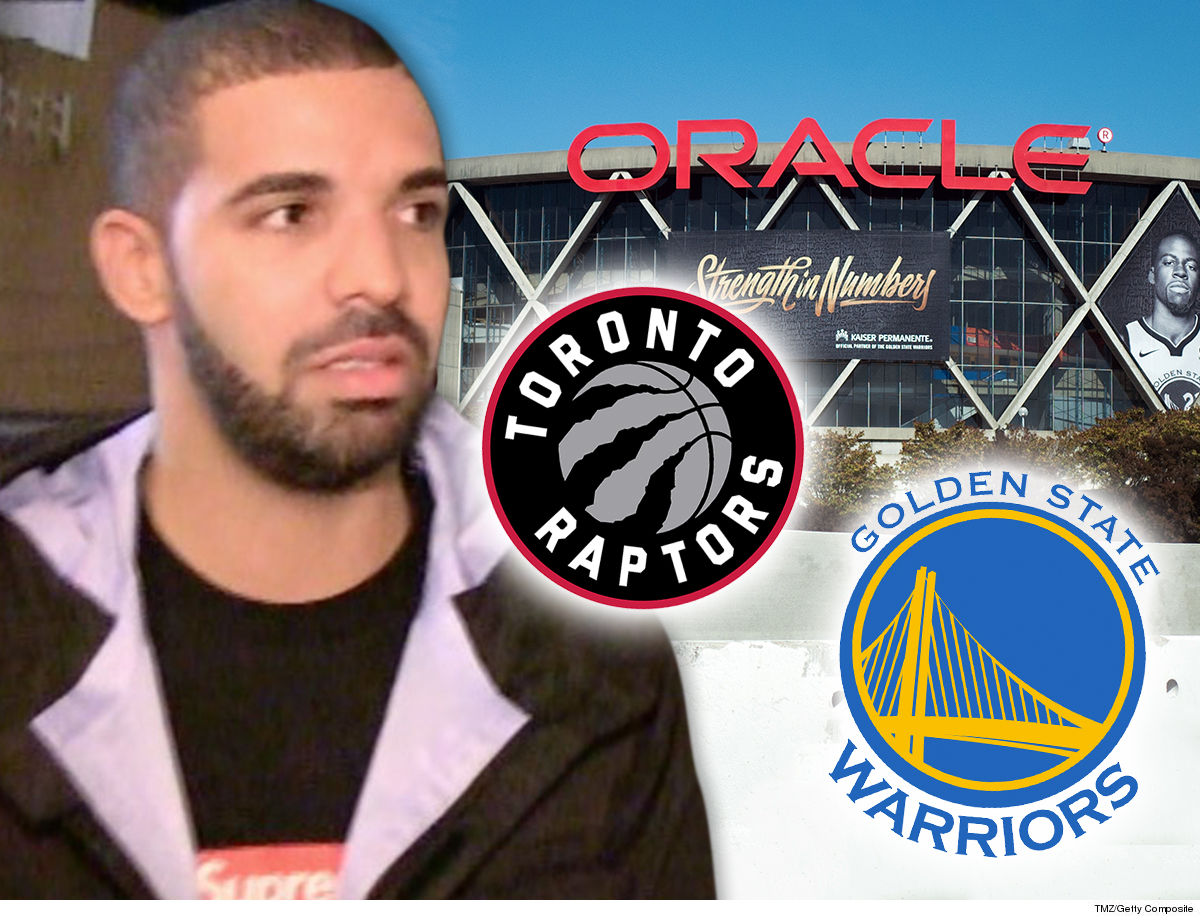 The NBA reached out to Drake and asked him not to travel to Oakland for any of the NBA Finals games at Oracle Arena due to “security concerns,” multiple sources tell TMZ Sports.

We’re told the league expressed concern about potentially angry Warriors fans doing something stupid like taunting Drake or throwing stuff at him … which wouldn’t just put Drake at risk, but also other people sitting near him.

In the end, they all agreed it was best for Drake to stay in Toronto for the away games — with Drake ultimately leading the Raptor fan watch party at Jurassic Park during Game 6.

Drake’s dad Dennis Graham provided more of an explanation about the “security issues” when we saw him out at Delilah in L.A. after the Raptors won the championship … suggesting some Warriors fans might’ve been holding a grudge for all of Drake’s sideline antics during the Finals.

“When people see you in Toronto and you’re making sideline things like that you have to be careful,” Dennis said … “With the rowdy fans, you can’t take chances.”

Don’t feel too bad for Drake — he had a BLAST in Toronto … and then FaceTimed with Steph Curry after the game.

As for Dennis, he also told us why he thinks the Raps should NOT visit Donald Trump at the White House and opt to hang with the Prime Minister of Canada instead.

You gotta hear his reasoning … it’s all about the food.