Drew Barrymore was all smiles in a bright yellow, tulle dress at the CFDA Awards, where Zendaya and Anya Taylor-Joy were honored.

Drew Barrymore, 46, stepped out on the red carpet at the Council for Fashion Designers of America (CFDA) Awards in a yellow tulle dress. The talk show host resembled a princess when she arrived at the November 10 event in New York City, rocking a tiered gown with a full skirt, puffy cap sleeves, and a deep V neckline. The A-lister paired the dress with bright yellow pumps and delicate drop earrings, as she pulled her hair back into a glamorous updo. 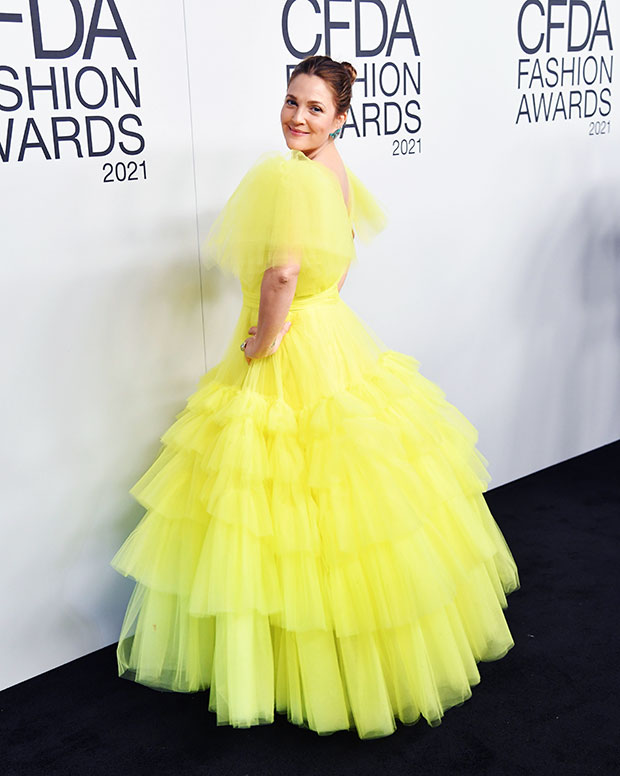 The annual event, which is widely referred to as the the Oscars of the fashion world, was hosted by Emily Blunt. “Emily is one of the most talented actresses in the world. Her timeless style and elegance light up any room,” CFDA chairman Tom Ford told the media. “The wonderful thing about Emily is that she is both kind and intelligent. I have great admiration for her, and I am so happy to have her as the host of this year’s CFDA awards.”

Among the high-profile honorees were Zendaya, who was awarded the Fashion Icon award, while The Queen’s Gambit actress Anya Taylor-Joy was named Face Of The Year. Zendaya officially became the youngest ever recipient of the highly coveted award, and she totally stunned in a bright red two-piece by Vera Wang. 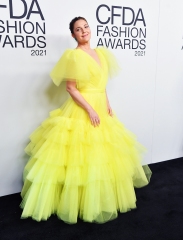 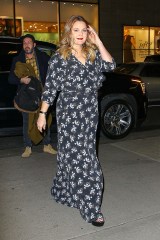 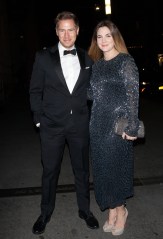 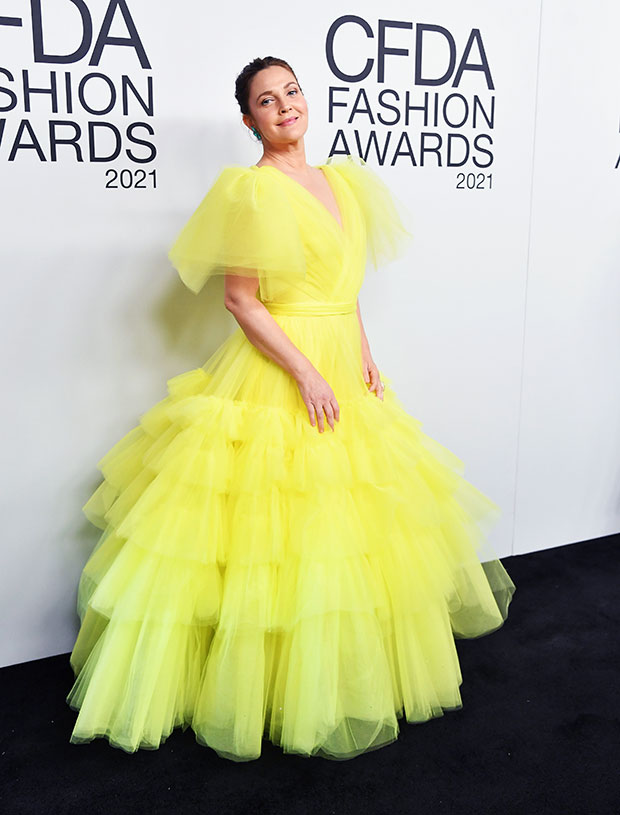 Ashley Olsen also made a rare red carpet appearance, stunning on the red carpet in a timeless black trench coat from her fashion label The Row. She and her twin sister Mary-Kate were nominated for the American Accessories Designer of the Year award, however Mary-Kate did not attend the ceremony, held at Manhattan hotspot The Pool.

The notoriously private sisters recently gave a rare interview about why they’ve shied away from Hollywood through the years. “We were raised to be discreet people,” Mary-Kate told Vice’s i-D Magazine, saying of their brand The Row, “We didn’t necessarily even want to let people know it was us, in a way. I mean, it was one of those things where it was really about the product, to the point where we’re like, ‘Who could we get to kind of front this so we don’t have to?’ I think, to this day, you’ll see we really put the product first.”