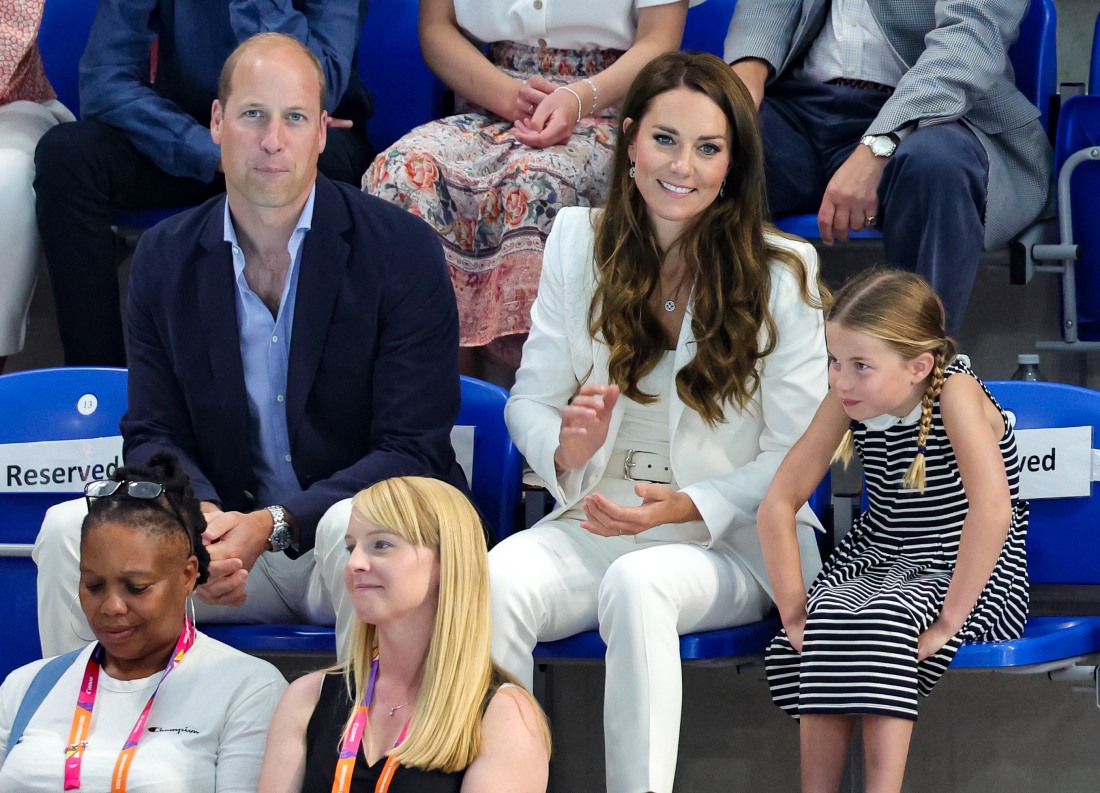 I’ve seen this mentioned in the comments before, but it’s worth noting: the Duke and Duchess of Cambridge are well-informed about internet comments. When people show disappointment in some minor thing, Will and Kate tend to make some kind of adjustment for the next outing. As in, people wished that William had brought Princess Charlotte to the women’s Euro final – he didn’t, but look, Charlotte got to go solo with her parents at the Commonwealth Games. So, the Cambridges are aware. I pity the person who had to explain to William why he was trending so hard last week.

These photos are from today at the Commonwealth Games in Birmingham. It looks like Kate is repeating the slim-cut McQueen suit which she wore during the Flop Tour. I wonder why Kate’s white pantsuit is getting so many rewears! It’s so curious. It would have been nice to see Kate in some sportier clothes, given the event, and maybe go for fewer wiglets and less makeup? Most spectators at the games are just wearing shorts and t-shirts. But at least they let Charlotte wear a light sleeveless dress. I bet Kate envies Charlotte’s twee little collar.

Anyway, there you go. They heard people saying that they separated George from his siblings so they’re showing us that Charlotte gets special solo time with her parents too. And I’m sure Kate is so mad that she hasn’t been allowed to disappear from public view for months at a time for her summer holiday. 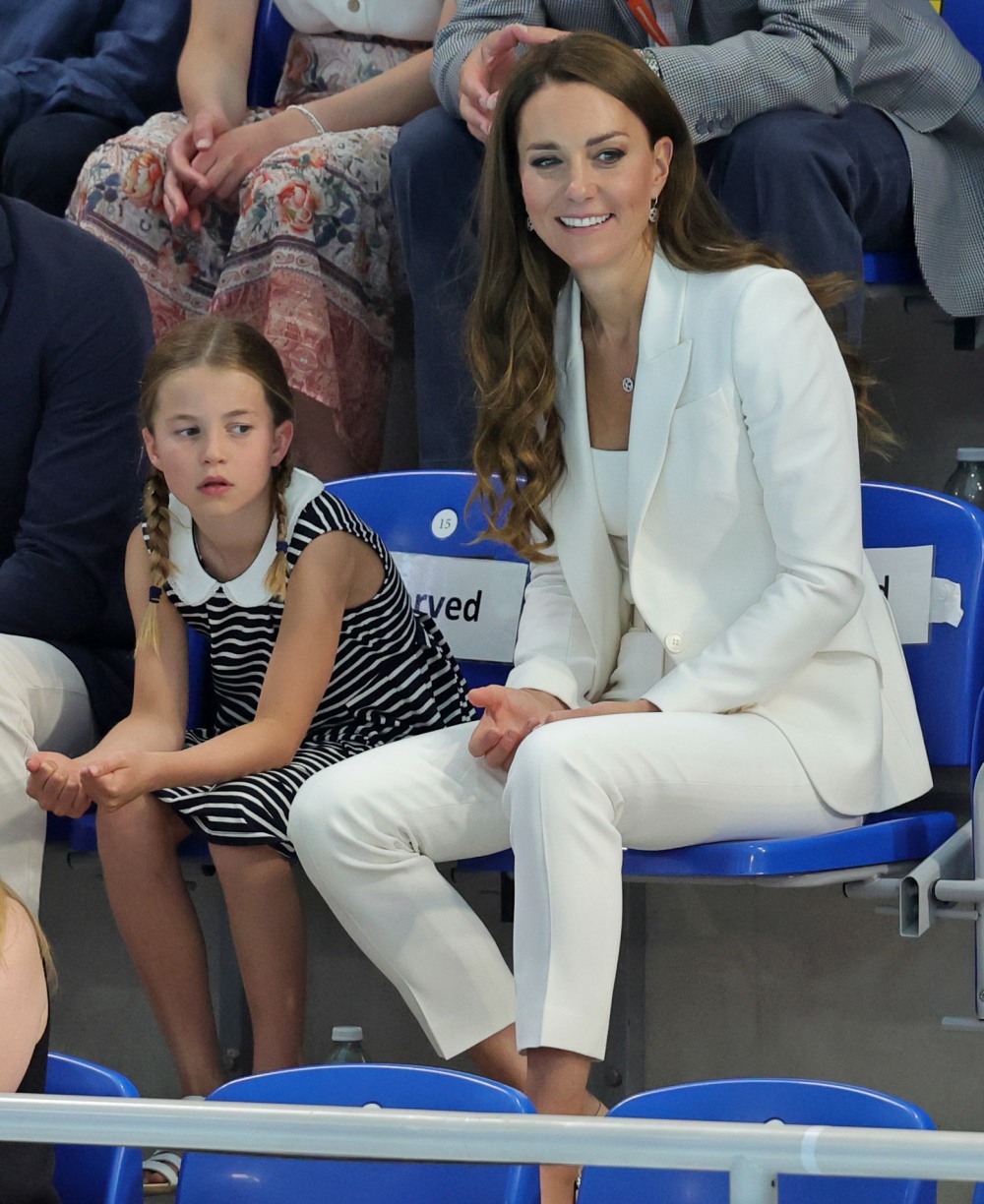 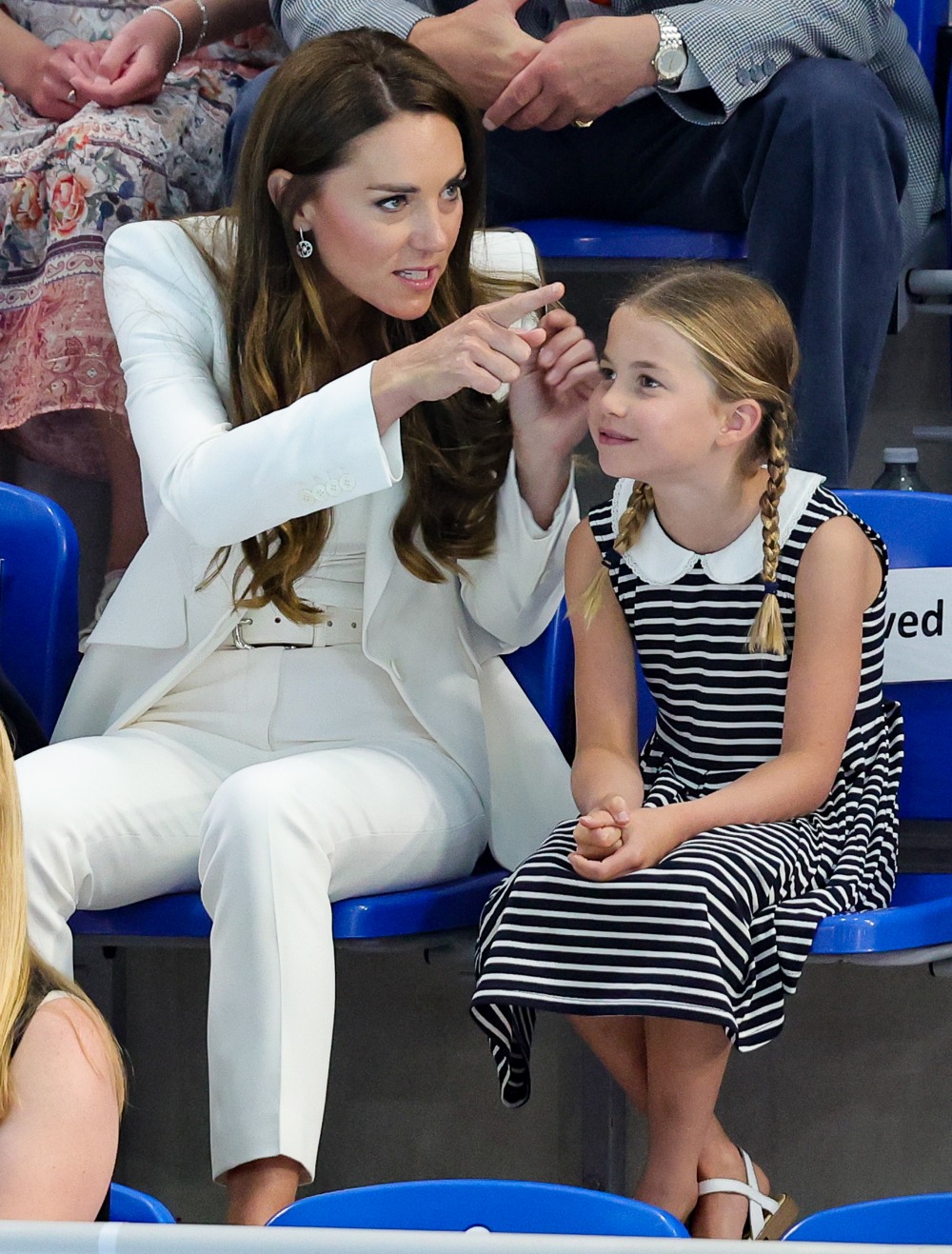 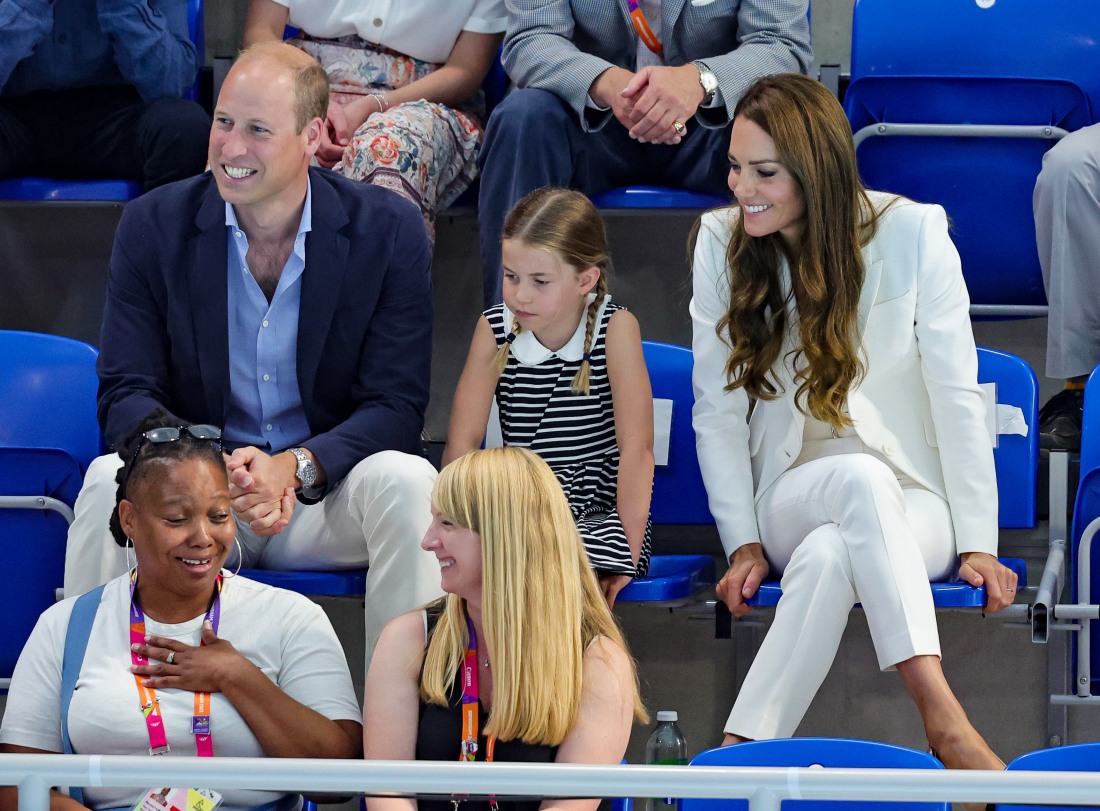 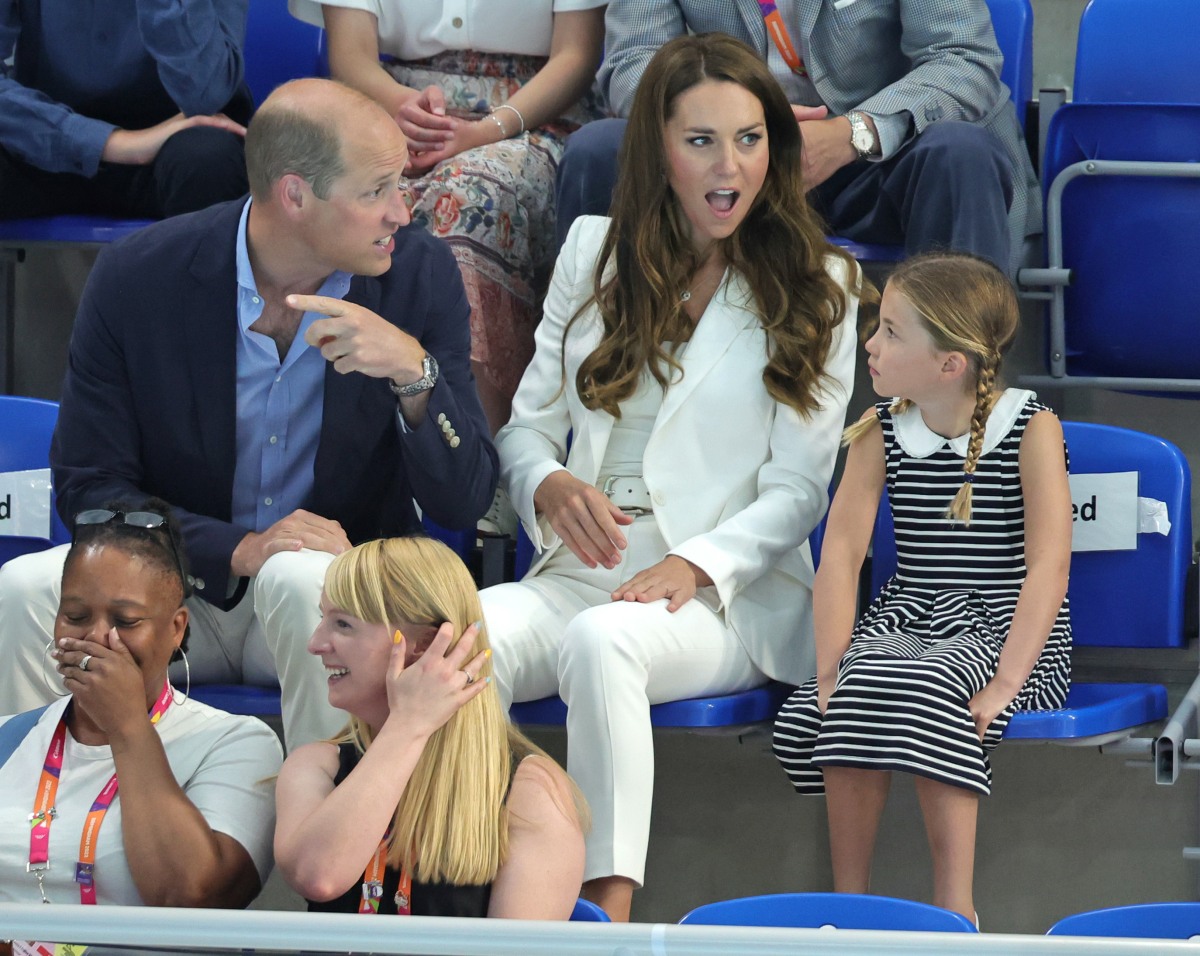