Da Brat recently made a claim that got the world talking.

Amid speculation that Mariah Carey might talk about her alleged romance with Eminem in an upcoming memoir, the “Heartbreaker Remix” rapper went on her show Dish Nation and spilled embarrassing details about the rumored fling.

However, some fans weren’t as shocked as others given that Eminem had previously appeared to make similar comments in his music. 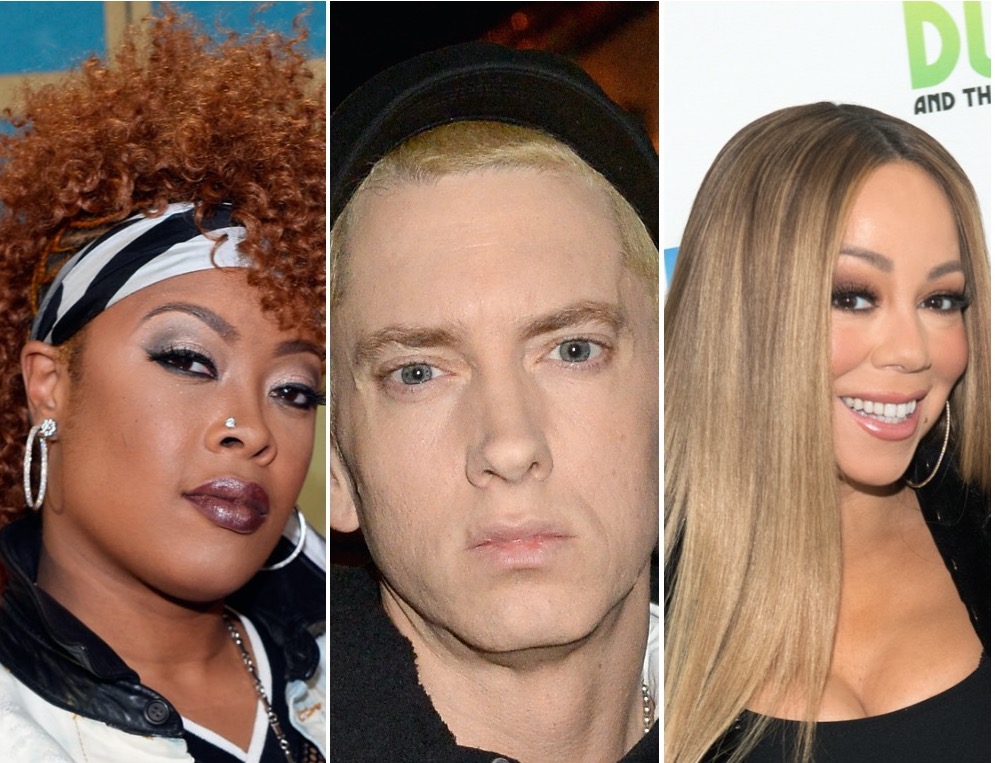 Eminem and Carey were romantically linked in 2001 after she reportedly approached him about a collaboration for her album Charmbracelet (2002), per Complex.

However, both of them have given conflicting comments about the nature of their relationship. While Eminem has said they indeed had a fling, Carey maintains they only spoke and hung out a few times and that she doesn’t consider that to be dating.

Over the years, the pair has repeatedly taken jabs at one another over the varied statements. Their feud made headlines as recently as September 2019 when Carey’s ex-husband Nick Cannon revealed behind-the-scenes details in an interview on T.I.’s ExpediTIously podcast.

What did Da Brat say about Mariah Carey and Eminem?

Da Brat’s comments came in a late July episode of Dish Nation — a talk show that airs on Fox and features her, Rickey Smiley, Headkrack, Gary with da Tea, and Porsha Williams of The Real Housewives of Atlanta.

The group had been discussing an Us Weekly report that Eminem is allegedly afraid of what Carey might reveal in her upcoming book, The Meaning of Mariah Carey — including that “he was bad in bed or a selfish lover because he has always been very insecure about that.”

As the co-hosts weighed in on the report, Da Brat interrupted and denied their alleged relationship had gotten that far.

“He was never in bed, in bed, with her. Let’s get this clear,” she said in a clip making its rounds on social media. “When y’all read, y’all will see that he prematurely ejaculated when they had all of their clothes on because he was excited that he was with Mariah. There was no sex.”

Thank you @corinthialondon for the royal treatment!

While many people were shocked by Da Brat’s claims, others who have followed Eminem’s career felt that it was recycled information.

“Eminem already did say that loool” wrote one Twitter user.

Posting a screenshot of lyrics from Eminem’s 2009 song “The Warning,” on which he appeared to admit to such claims, another Twitter user declared, “The way Eminem said this YEARS ago while she continued to LIE and DENY that they ever were anything at all to begin with. The way she said they didn’t even touch each other but now it comes to light that they did. The only tea spilled here is that Mariah lied. She’s a L I A R.”

But despite that, others defended the singer. “Why is he so obsessed with her? He’s still worried about what Mariah thinks after all these years?” one person wondered as another wrote, “I don’t know why he acts like he is truly obsessed with her.”

Fans will be able to see whether Carey actually talks about Eminem when the book releases on Sept. 29.