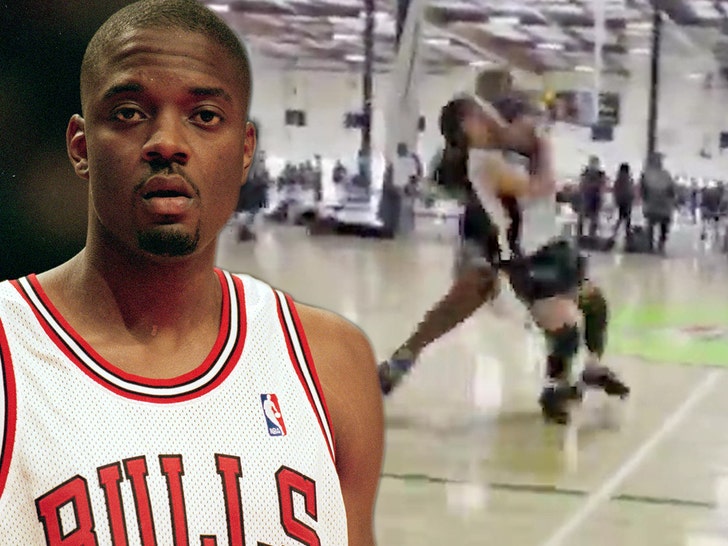 Corey Benjamin — former Chicago Bulls guard — is apologizing for his teenage daughter after she blindsided an opponent, clobbering her with a punch to the head during a basketball game last weekend.

“This is not how I raised my daughter,” Benjamin said.

TMZ Sports published video earlier this week showing Benjamin’s teenage daughter flattening her 15-year-old opponent with a haymaker for seemingly no reason during a basketball game in southern California on Sunday.

Alice Ham, the mother of the girl who was punched, tells us her daughter sustained a concussion as a result of the punch.

The former 1st round draft pick in 1998 — who played 4 seasons in the NBA, averaging 5.5 points for his career — spoke to NBC LA … and it’s clear the former hooper knows his daughter really screwed up.

“To the young lady who was punched by my daughter during a youth basketball game, I sincerely apologize to you and I am praying for your complete healing both physically and emotionally,” Benjamin said. 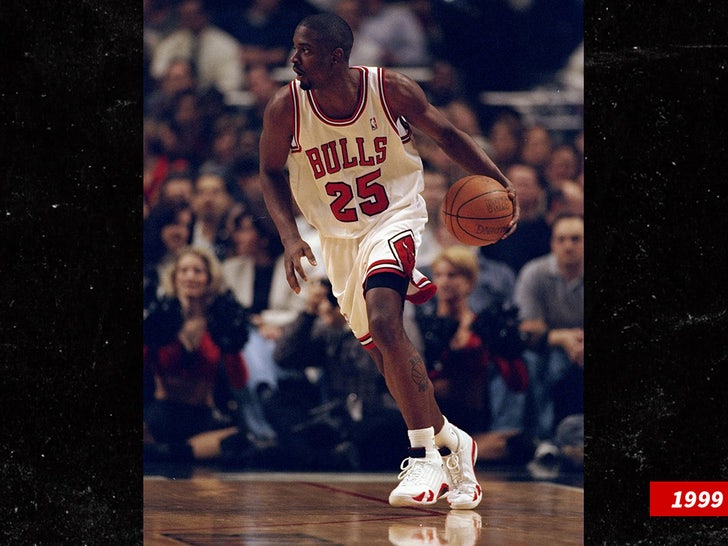 “To her family, I deeply apologize and regret that this happened to your daughter as she did not deserve this to happen to her. Finally, I apologize to all of those who have been impacted and hurt by the actions of my daughter as well as those of her mother. I am here for your family and wish only the best for you.”

It’s interesting … Corey also said sorry for the mom of his daughter … who is seemingly heard on video directing her kid to hit the 15-year-old just seconds before the attack.

Corey continued … “As a father, I’m shocked and disappointed at my daughter’s behavior as this is not a reflection of the values and standards that my family holds. Nor does it exemplify the values, character and spirit of sportsmanship that the game of basketball requires.”

“My daughter made a mistake. One that she will need to make right. I am committed to getting my daughter any help she may need and support her in taking accountability for her conduct.”

But, the apology from Corey might not be enough … ’cause Ham has lawyered up, hiring attorney Kevin Hahn.

Hahn tells us all options are on the table … including a lawsuit.