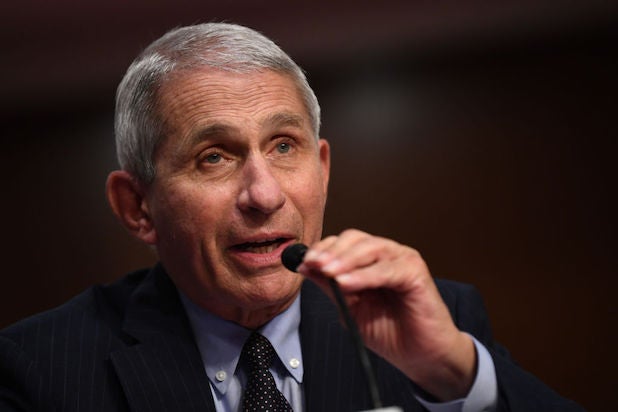 During an interview with CNN’s “New Day,” the nation’s top infectious disease expert said, “What we’ve had, John — there’s no secret — We’ve had a lot of divisiveness, we’ve had facts that were very, very clear that were questioned. People were not trusting what health officials were saying. There was great divisiveness. Masking became a political issue.”

“If you look at the numbers — over 400,000 people dead — that’s quite comparable to World War II. That’s the reason why we’ve really got to restore trust and restore a unified approach,” said Fauci.

When CNN’s John Berman asked if the “lack of candor” from the past year cost lives, Fauci said “it very likely did.”

“I think if you just look at that you can see that when you’re starting to go dow paths that are not based on any science at all — and we’ve been there before; I don’t want to rehash it — that is not helpful at all,” said Fauci.

On Thursday, President Biden outlined his pandemic response plan, including creating a COVID-19 Pandemic Testing Board, protecting healthcare and essential workers under the Occupational Health and Safety Act and more. The United States has also rejoined the World Health Organization.

Watch below, via CNN.