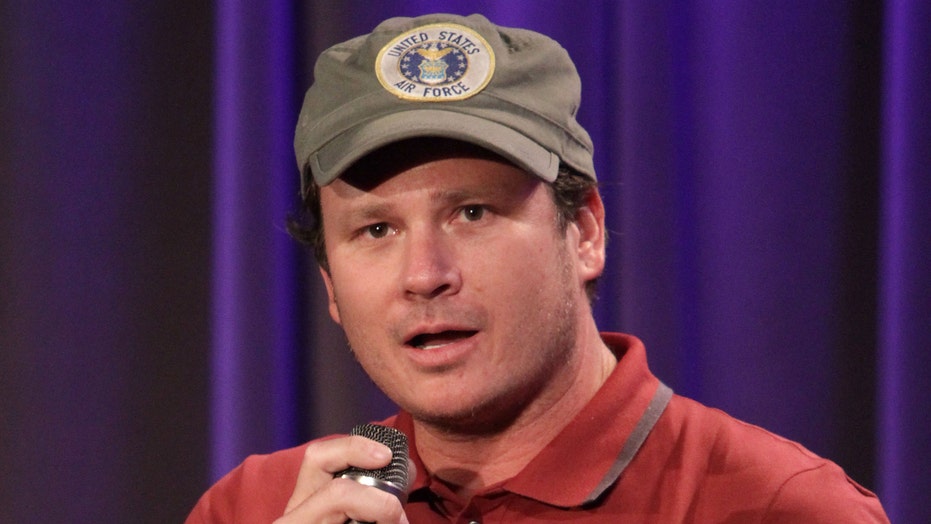 Most people know Tom DeLonge from his days performing as a member of the band Blink-182 but the musician has found another calling: proving UFOs and extraterrestrial life are real.

DeLonge quit the pop-punk group in 2015 and started the To the Stars Academy with the mission of "advancing our current understanding of scientific phenomena and its technological implications," per its website.

Now he's executive producing a new show on the History channel called "Unidentified: Inside America's UFO Investigation" and wrote an op-ed about why he believes aliens must exist.

The 43-year-old says his interest was piqued while reading Timothy Good’s "Above Top Secret" while on tour with the band.

"Before reading that book, I thought the idea of E.T. and unknown flying vehicles were confined to the realm of science-fiction, which I’d always loved as a kid. But I had no idea these crafts were real and in fact interacting with nuclear missiles, NASA missions and facilities, astronauts, and even civilians," he wrote in Newsweek.

"The book opened my eyes to the enormity of Unidentified Aerial Phenomena (UAP), filling me with curiosity and propelling me on a hunt for knowledge that quite literally changed the course of my life. I became consumed with questions about UAP: How do they travel at such incredible speeds? Who or what are they? Who actually knows the facts and holds the most credible evidence?" he continued.

DeLonge said he started to consult "legitimate sources" and that his investigation has led him "to believe it’s naïve to think that UAPs don’t exist."

"The more I’ve been able to share my ideas with people I respected, the more sense of community I felt. And I want other people to feel that way too," he added.

DeLonge explained that now he's in "regular communication" with high-level intelligence agencies and people of the military and they encouraged him to create his academy and then his TV series.

His hope is that the non-fiction show will give the "public an opportunity to see newly authenticated evidence and footage; learn the common characteristics of how these UAP move and operate; and perhaps, most significantly, see interviews from eyewitnesses and former military personnel who have never spoken out before."

"Unidentified: Inside America’s UFO Investigation" premiered on May 31 at 10 pm on History.