Back to his old self? Friends executive producer Kevin Bright shared how he thinks Matthew Perry is doing after reconnecting with the actor at the sitcom’s HBO Max reunion special.

“I talked to him. It was great seeing him again,” the director, 66, told The Hollywood Reporter in a profile published on Thursday, May 27. “And what people say is what people say. I don’t have any to say about that, except it was great to see him. And I think he’s very funny on the show. But yes, I think he’s OK. He seems stronger and better since the last time I saw him, and excited about going forward.” 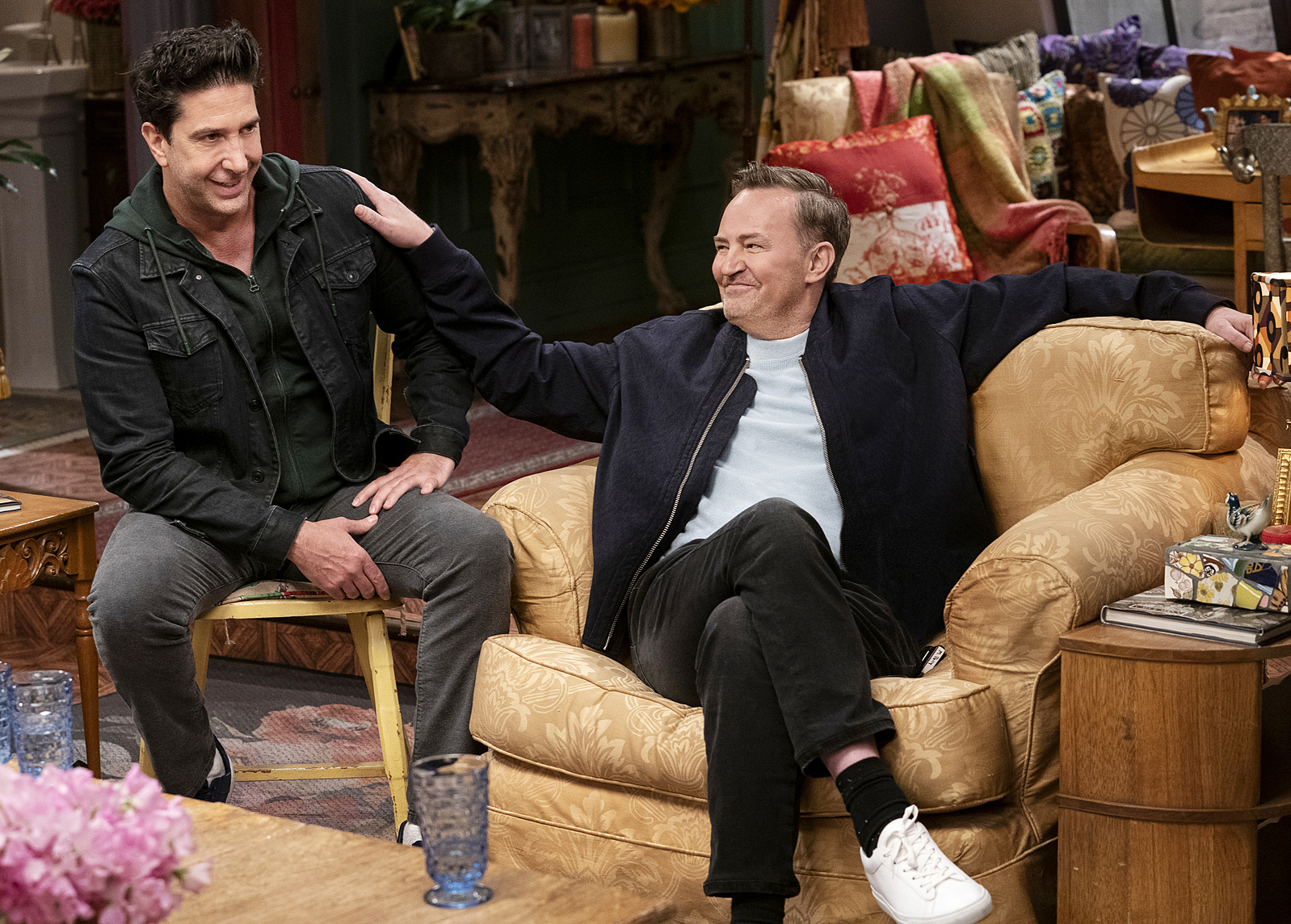 Perry, 51, appeared alongside his former costars Jennifer Aniston, Courteney Cox, Lisa Kudrow, Matt LeBlanc and David Schwimmer for the unscripted special, which dropped on Thursday. The reunion came 17 years after the show wrapped its run in 2004 and amid speculation about the Odd Couple alum’s health.

The 17 Again star struggled with drug and alcohol abuse while filming Friends. He checked into a 28-day rehabilitation program in 1997 for an addiction to Vicodin and returned to rehab in 2001.

‘Friends’ Cast From Season 1 to the HBO Max Reunion: Photos

Perry opened up about his battle in a 2002 interview with The New York Times. “I had this odd rule that I would never drink on a set,” he explained. “I went to work in extreme cases of hangovers. It’s so horrible to feel that way and have to work and be funny on top of that.”

‘Friends’ Cast: Where Are They Now?

Kudrow, for her part, revealed the toll it took on the cast. “Hard doesn’t even begin to describe it,” the actress, now 57, detailed to the outlet. “When Matthew was sick, it was not fun. We were just hopelessly standing on the sidelines. We were hurting a lot. Matthew is one of the funniest people I’ve ever met in my life. He’s charming and hilarious. Most of our hard laughs came from Matthew.”

Perry reflected in January 2016 on shooting the hit show during one of his lowest points. “I don’t remember three years of it,” he admitted to Britain’s BBC Radio 2. “I was a little out of it at the time. Somewhere between seasons 3 and 6.”

More recently, the actor suffered from a health scare. “Matthew Perry recently underwent surgery in a Los Angeles hospital to repair a gastrointestinal perforation,” his rep confirmed to Us Weekly in August 2018. “He is grateful for the concern and asks for continued privacy as he heals.”

Perry tweeted in September 2018 that he spent “three months in a hospital bed” while recovering.