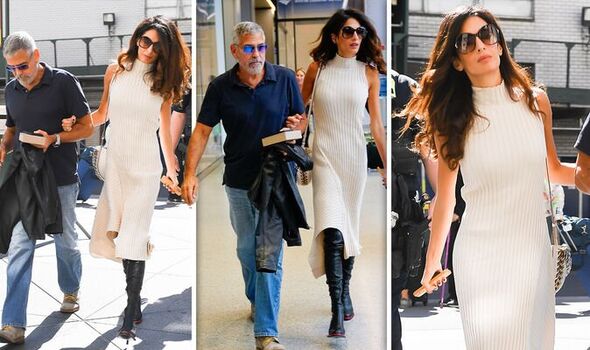 George Clooney cut a casual figure as he was joined by his wife Amal Clooney as they linked arms on their journey to a train station in New York.

George Clooney, 61, cut a casual figure in jeans and a polo top as he was joined by his wife Amal, 44, arm in arm in New York.

The happy couple were pictured heading to a train station with stylish Amal holding onto her dear husband for support.

The Hollywood star held his black leather jacket in his arm along with his book as he tried to keep his appearance low-key with sunglasses.

She showed off her sensational figure in the tight-fitted dress which featured two side slits, showing off her toned pins. 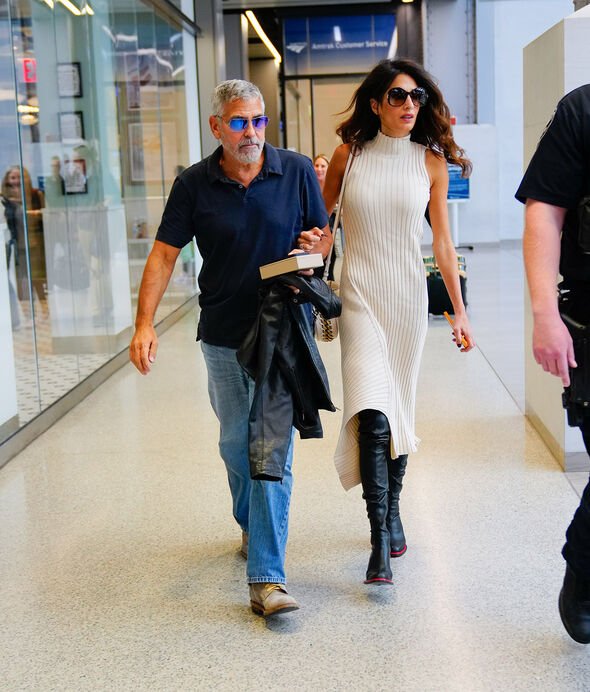 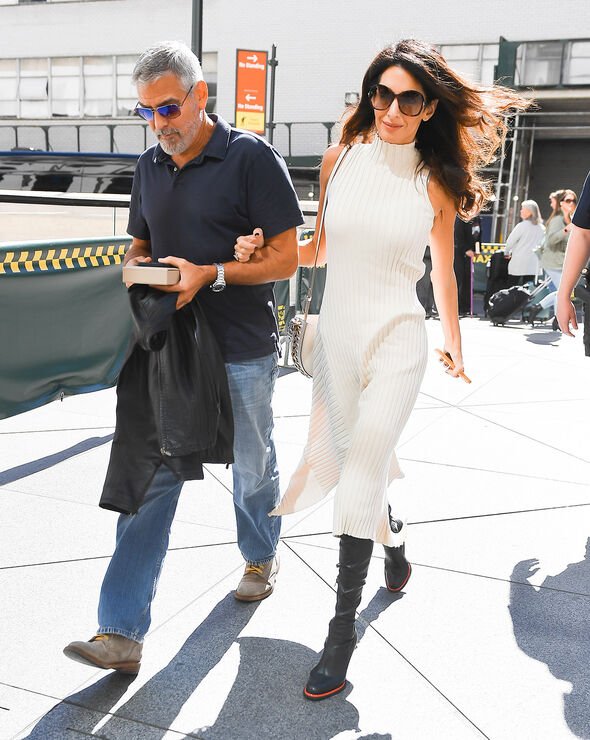 George Clooney wore shades and kept his head down as he travelled alongside his wife Amal to the New York subway. 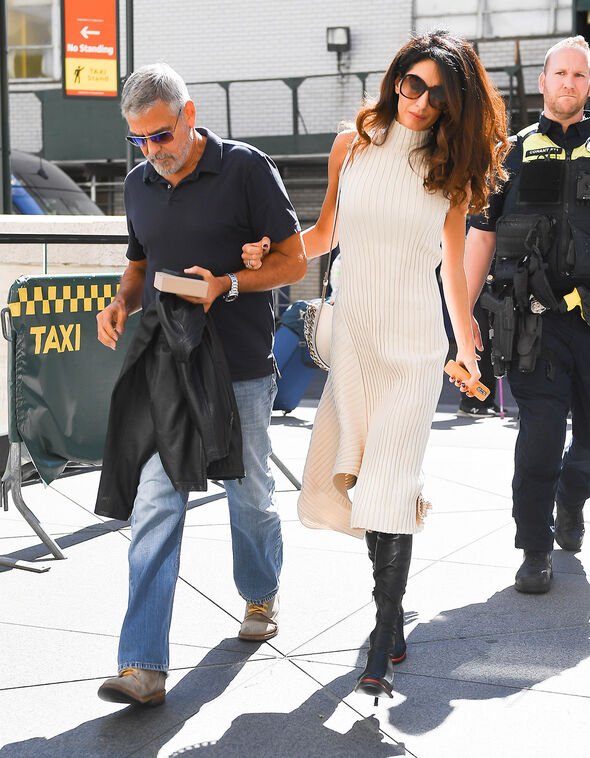 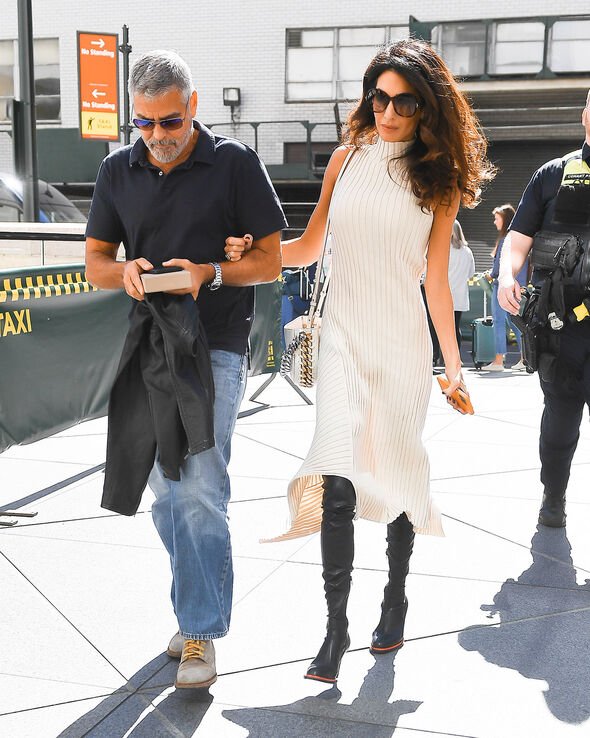 Amal Clooney sported high black heeled boots and a silver clutch bag as she walked beside her Hollywood husband in style. 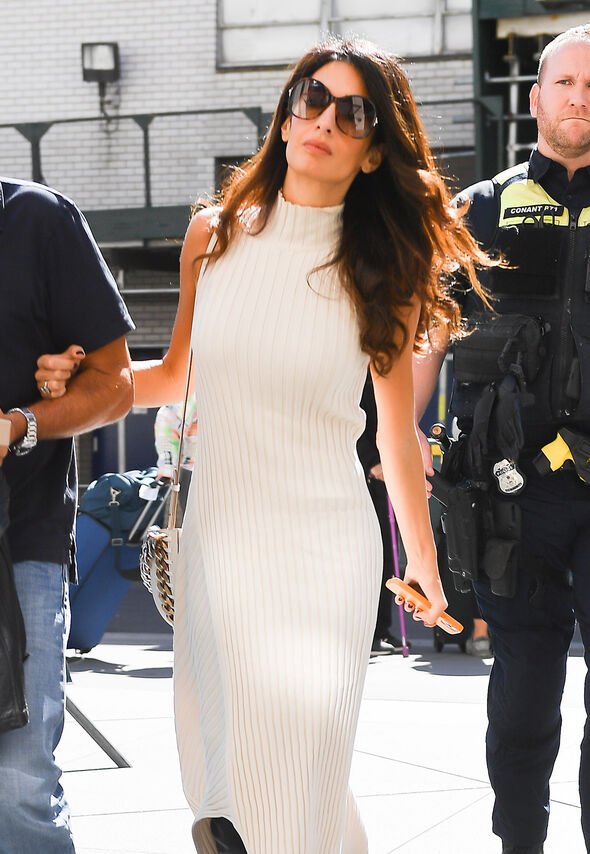 George Clooney met Amal back in 2013

Amal Clooney and George met back in 2013 at a dinner party hosted by mutual friends. They got a marriage license in 2014 and tied the knot later the same year in Venice. 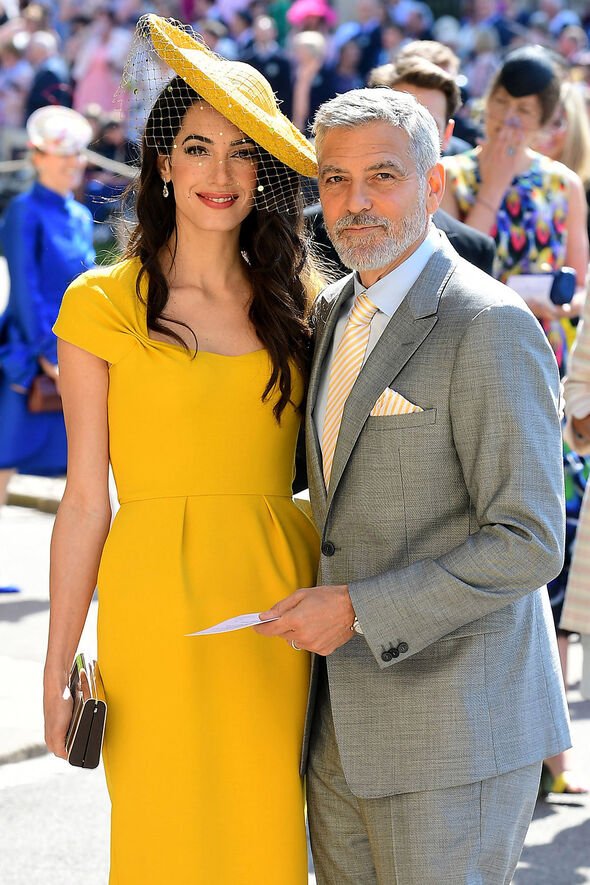 George Clooney and Amal have two children together

Amal Clooney gave birth to hers and George twins, Ella and Alexander in June 2017. Earlier this month the actor shared with Entertainment Tonight that Alexander and Ella, age five, already speak three languages and are much more intelligent than he is.