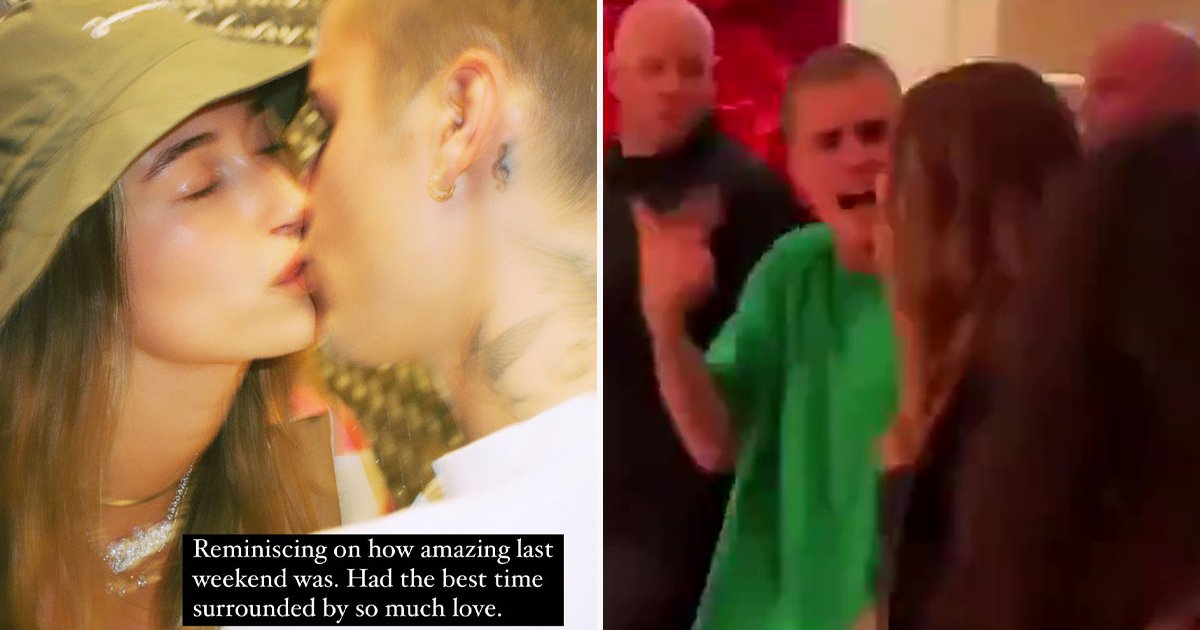 Hailey Baldwin has spoken out after a video surfaced appearing to show husband Justin Bieber shouting at her, slamming the claims as ‘bulls**t’.

The model, 24, took to her Instagram story to share a loved up photo of her and Justin, 27, kissing, as she confirmed the video footage was not as it appeared to some.

She wrote alongside the photo: ‘Reminiscing on how amazing last weekend was. Had the best time surrounded by so much love.

‘Any other narrative floating around is beyond false. Don’t feed into the negative bulls**t peeps.’

It comes after a clip emerged of the couple in Las Vegas, where Justin could be seen passionately gesturing towards Hailey as the couple left a nightclub alongside their security.

After the video went viral, eyewitnesses spoke out to claim Justin was simply running on ‘adrenaline’ from an earlier performance that evening.

One tweeted: ‘He was on STRAIGHT adrenaline from performing. He wasn’t mad at Hailey and he wasn’t yelling at her. I hate how he’s always painted as the bad guy when he’s the furthest thing from it.’

Another fan claiming to be at the show added: ‘My friends and I were with/behind him the whole night, he was in the best mood and was telling her a story but ofc (sic) internet lames love their lil scenarios.’

Someone else added: ‘He was not yelling and we were there to witness what went down. He was all adrenaline.

Justin had been performing at new venue Delilah at the Wynn Las Vegas, and Hailey had shared videos of the performance after the event.