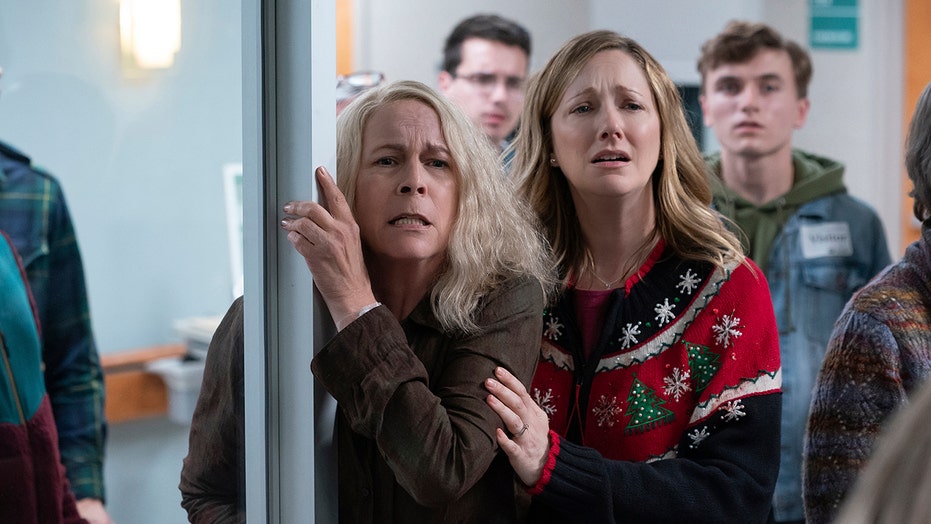 “Halloween Kills,” the latest film in the horror franchise, pulled in $4.85 million on Thursday night at the box office.

According to Deadline, the film was played at 2,950 theaters before its simultaneous debut on NBCUniversal’s streaming service Peacock on Friday.

Deputy Frank Hawkins (Will Patton) is bleeding out from a neck wound. Michael Myers is burning in a basement and Jamie Lee Curtis’ Laurie Strode is riding in the back of a pickup truck to the hospital with her guts literally spilling out alongside her daughter Karen (Judy Greer) and granddaughter Allyson (Andi Matichak).

“Halloween Kills” attempts to tie the present to the past once more, often reflecting on the events of 1978.

This is done through flashbacks to 1978, where a young, more skittish Deputy Hawkins (Thomas Mann) botches a chance to kill Michael, and by bringing back minor characters who evaded his knife the first time around.

American actress Jamie Lee Curtis on the set of "Halloween" in 1978, written and directed by John Carpenter.
(Getty)

“Kills” also features the return of Kyle Richards, who has gone on to “Real Housewives” infamy, as Lindsey Wallace, and Nancy Stephens as Marion Chambers. 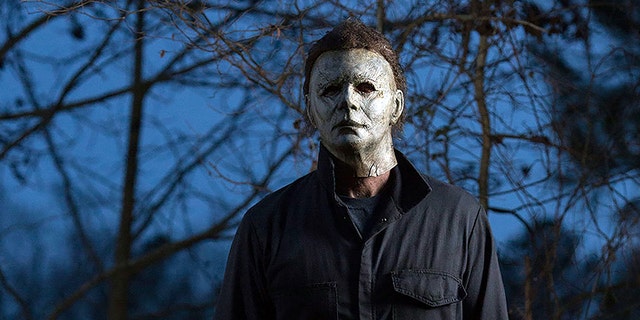 Tommy Doyle, the little kid Laurie babysat in 1978, has been recast again and this time is played by Anthony Michael Hall, who has a little support group going with his fellow survivors.

They gather at a dive bar on Halloween to remember and pay tribute to the victims, but soon their ritual is interrupted by breaking news: He’s back and making his way through the town. Tommy rallies a vigilante mob to ensure that “evil dies tonight.”

The next installment in the franchise, “Halloween Ends,” is due out next year.