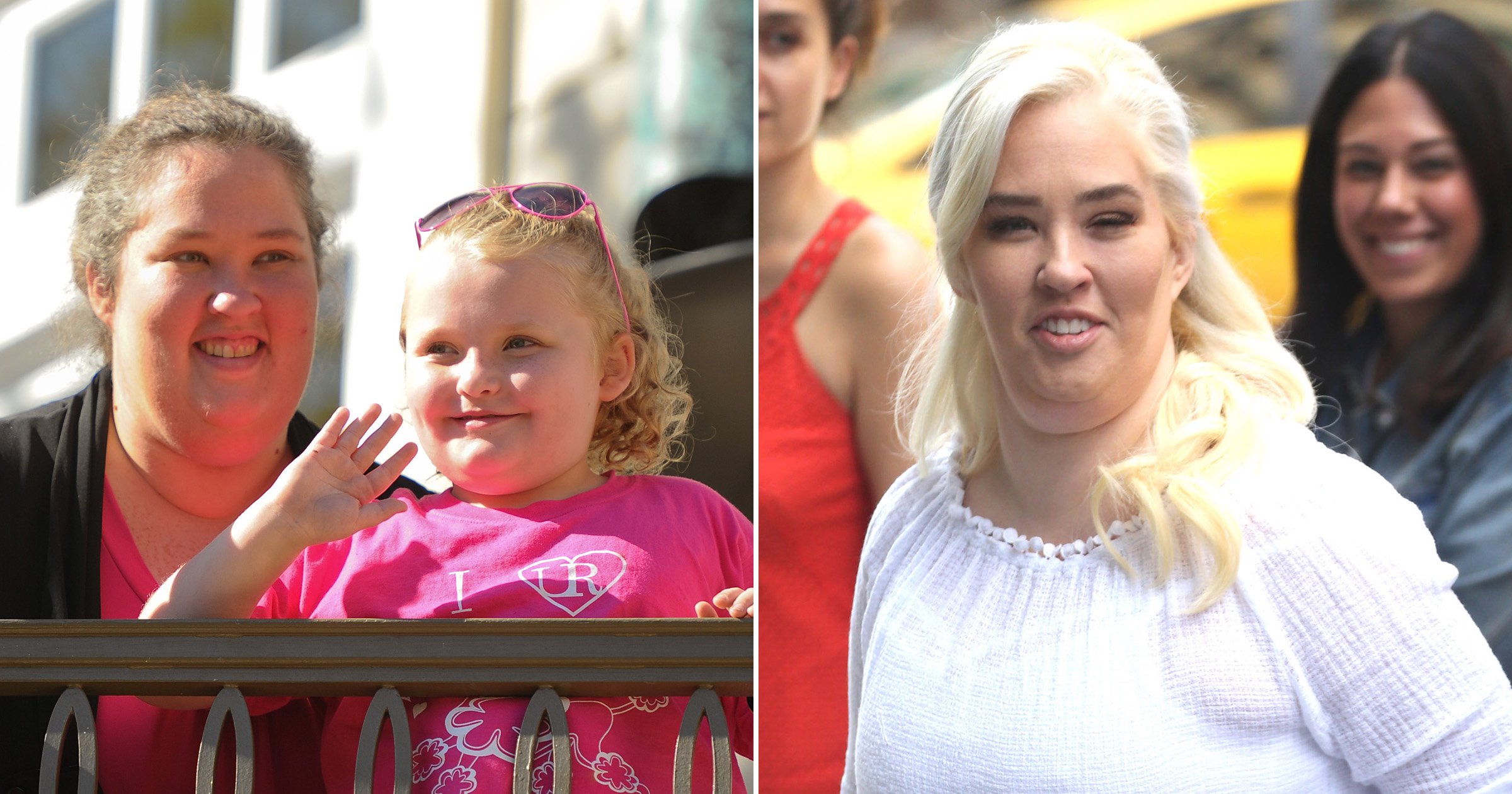 Mama June of Here Comes Honey Boo Boo fame has been hospitalised with a mystery illness.

The reality star, 42, and her family became famous off the back of Toddlers and Tiaras, where her youngest daughter Alana, now 16, used to compete.

The mum-of-four, real name June Thompson, recently made headlines as she married her boyfriend Justin, 34, after just a few months of dating.

She also became a grandmother for the third time earlier this summer, after daughter Lauryn ‘Pumpkin’ Shannon, 22, gave birth to twins with her husband Joshua; they already share four-year-old Ella and baby Bentley, one.

However these happy family moments have given way to worry for Mama June and her brood, as the matriarch of the family has been hospitalised with an illness doctors are reportedly struggling to diagnose.

The Georgia native told TMZ that she went to the doctor for a check-up after suffering from severe headaches and dizzy spells, which led to her doctor to send her in for tests.

Having been hospitalised since, with specialists still unable to diagnose her condition, June says she has no idea what’s wrong with her.

The reality icon has struggled with addiction in the past and was previously arrested with her ex, Geno Doak, for drug possession, though she avoided jail.

Now clean, June insisted she has not relapsed and is certain her current mystery medical condition has nothing to do with any substances.

She added that her new husband Justin is sticking by her side as she undergoes tests in hospital.

The Not To Hot star was seen trying to win her daughters’ trust back after her arrest in another reality series, Mama June: Road to Redemption, which saw her struggle with recovery after the height of her drug addiction.

Indeed, Mama June had to sell her Georgia home and treasured possessions to pay off her dealers.

She stated: ‘Addiction is real, guys. I’m a real person, I have real issues and that’s what I share with people.

‘I say that I’m a recovering addict. I know I had a problem but it’s hard for me to say I’m still an addict because I’m not doing those things anymore.’

June eventually ended things with ex Geno and has since found love with mechanic Justin, first making reference to her ‘new boo’ in October last year where she showed off his new tattoo on Instagram.

The same month they got wed, the pair had been spotted ring shopping in Alabama, which sparked rumours of upcoming nuptials.

It’s the first time Mama June has been officially married, although she was engaged to Mike ‘Sugar Bear’ Thompson for 16 months and the pair had a commitment ceremony.

However, they went their separate ways in 2014.

The Dumb and Dumber To actress has daughters Alana ‘Honey Boo Boo’, 16, Anna, 27, Lauryn, 22, and Jessica, 25, from her previous relationships.