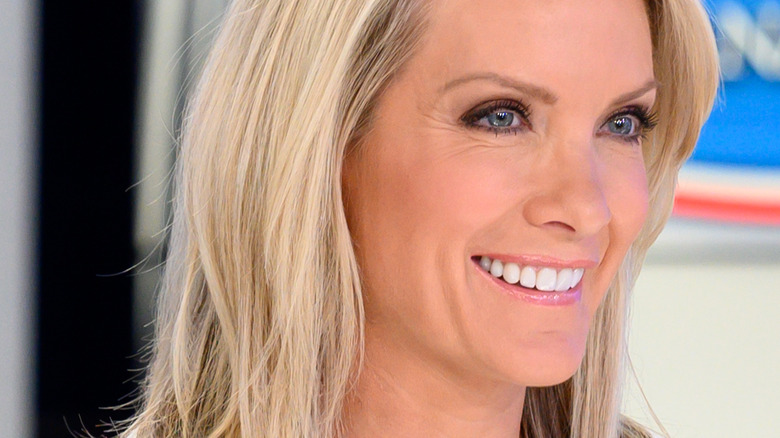 The purpose of news panel shows is to get the top stories of the day and some of the hottest takes on them. It’s rare that the shows themselves become headline news. However, that’s exactly what happened this week on “The Five.” Dana Perino of Fox News hilariously shared a secret that wasn’t hers to tell. During a segment where the hosts talked about new things they’d learned during the pandemic, Perino let a crucial piece of news slip that landed Jessica Tarlov in an awkward position.

As “The Five” hosts sat talking about the things that have filled their time over the last year, Perino turned to Tarlov and said, “Jessica, did you try anything new?’ You’ve got something new coming.” Tarlov looked a little bit taken aback and then said, “Yeah, and now the audience knows. So, I’m pregnant” (via YouTube).

Tarlov said this wasn’t exactly how she’d planned to share her news, and it would seem that Perino genuinely didn’t realize that Tarlov hadn’t announced her pregnancy yet. She covered her face and apologized. The panel then tried to move the discussion on to sourdough bread and (more bizarrely) partner-swapping, but they didn’t quite recover the conversation.

And while the discussion was certainly a little bit awkward to watch, viewers seemed to love every second of it.

Viewers were celebrating at home after Dana Perino's gaffe 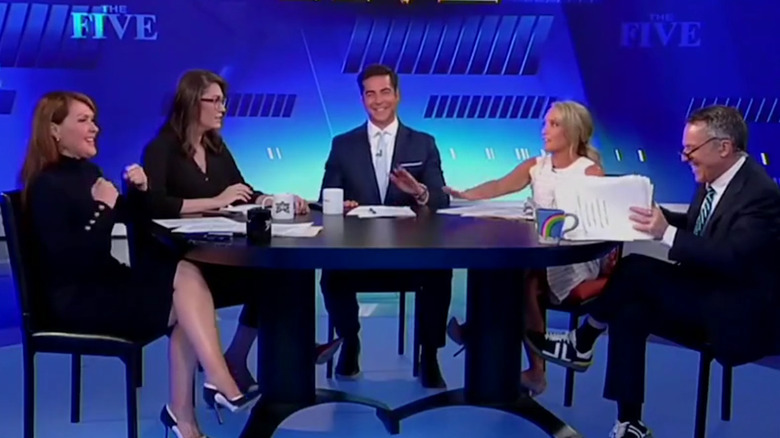 After the show, Dana Perino shared a selfie of herself with Jessica Tarlov with her 1.9 million Twitter followers and wrote, “I love this woman! ⁦@JessicaTarlov⁩ Let me be the one to accidentally spill the beans. But they are such good beans.” There seems to be absolutely no love lost between the two, as Tarlov tweeted, “Saved me a lot of fretting over a reveal. Love you.”

Fans didn’t waste time congratulating Tarlov on her news. And viewers appeared to think that Perino’s big accidental reveal was actually one of the most comical ways that the news could have been shared. One person tweeted, “Me watching @TheFive yelling at my TV, ‘Oh no. Oh no. Oh. No. Abort, Dana! Abort!!’ I died watching this! Bless Dana’s heart, & CONGRATULATIONS, Jessica!!”

Similarly, another Twitter user wrote, “Watched it live … loved both yours and Dana’s reactions … couldn’t stop laughing!! Congratulations to you and your husband!” Both Tarlov and Perino looked a little shocked as the other hosts tried to move on to other topics. However, it was great TV for viewers at home. “We may not always agree politically, but that was the best reveal I’ve seen on national TV! Congratulations Jessica,” another tweeted.