Home » Celebrities » How Is Prince Harry Going To Avoid Coming Across As Bitter?

The world can’t wait for Prince Harry’s memoir to hit the shelves, but it appears that his tone in the book could become a concern.

Harry sent fans into a frenzy when he announced his memoir and it seems like a juicy read. Writing about his life was a no-brainer for him as he said in a statement (via People): “I’m writing this not as the prince I was born but as the man I have become,” adding, “I’ve worn many hats over the years, both literally and figuratively, and my hope is that in telling my story — the highs and lows, the mistakes, the lessons learned — I can help show that no matter where we come from, we have more in common than we think.”

Harry couldn’t give too much away, but it looks like he can’t wait to dive into his life and share his story. “I’m deeply grateful for the opportunity to share what I’ve learned over the course of my life so far and excited for people to read a firsthand account of my life that’s accurate and wholly truthful,” he continued. Although he gave the royal family a heads up, Prince Charles and Prince William are reportedly “nervous,” according to Us Weekly.

The excitement for the memoir is real, but what will Harry actually sound like? Keep reading for more details.

Prince Harry is going to get some help with his memoir 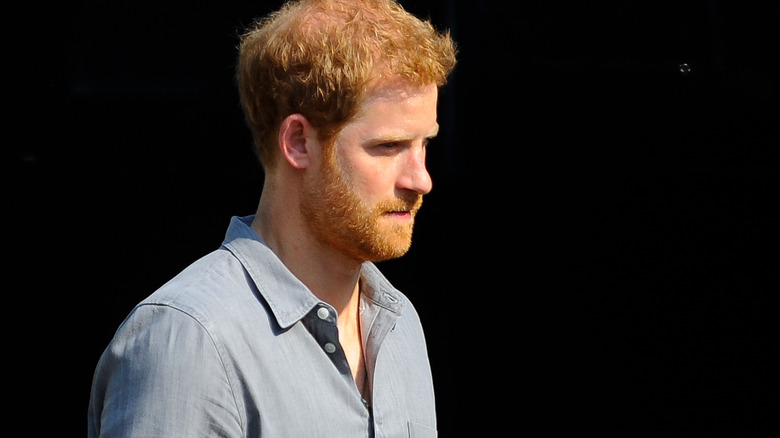 Prince Harry is working on his memoir with ghostwriter J. R. Moehringer, but he can’t just take pen to paper — he needs to keep his tone in mind.

Experienced ghostwriter Andrew Croft said Harry unloading his thoughts is a great idea because Harry “loves to talk about his feelings and wants to be honest.” Croft dished, “He is rich, powerful, famous and damaged, and, the greatest gift of all for a ghostwriter, his partner supports the idea of him telling all. Harry’s ghost will need to steer him away from sounding bitter and settling scores,” he wrote in The Times (via Daily Mail). Croft also emphasized that Harry and his ghostwriter need to trust each other as he dives into tough memories. Harry will probably discuss the death of his mother Princess Diana, so having a solid relationship with Moehringer seems paramount.

According to the outlet, Harry’s “tell-all” is the “tip of the iceberg,” which probably won’t do much to improve his relationship with the royal family. A royal aide reportedly said: “I fear they may sail into the sunset now, convinced they did the right thing by speaking ‘their truth.’ Now I hope everyone shuts the f**k up.”