Is this another blow to the already very strained relationship of Prince Harry, Meghan Markle, and the rest of his family?

Over the past couple days a report has been circulating through the UK tabloids claiming the (still technically) Duchess of Sussex has been BANNED from wearing jewels from the Royal Collection.

Queen Elizabeth II‘s historic collection, occasionally loaned out at the discretion of Her Majesty, includes more than 300 pieces of jewelry, including brooches, necklaces, earrings, bracelets, and of course tiaras. Notable items include the Queen Mary Fringe Tiara (that Princess Beatrice wore for her intimate wedding), Queen Alexandra’s wedding gift necklace, and the Cambridge Lover’s Knot tiara (a favorite of Princess Diana).

So… is Meghan no longer allowed to wear any of them??

The report going around claims Elizabeth decreed the ban and even told Prince William, who backed her up. One must note his own wife Kate Middleton is known to rock pieces from the collection on a regular basis. 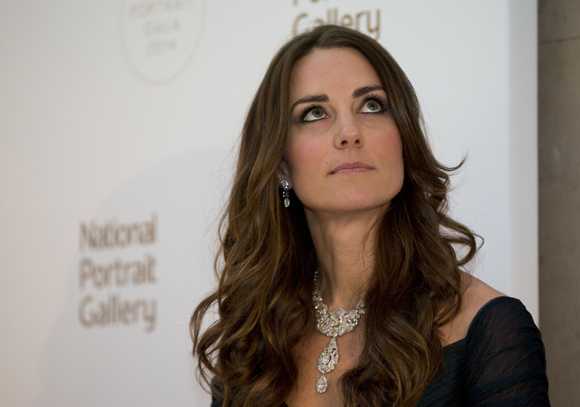 So obviously such a ban would be a loss for the fashionable former Suits star, not to mention something of another insult at an already tense time.

The thing is, all these outlets are citing The Sun as the source of the story. And The Sun DID report that the Queen banned Meghan from wearing the royal jewels… way back in 2019.

That’s right, near as we can tell, the origins of this rumor are from before Megxit even! When that story came out, it was when Meghan and Harry were still official members of the royal fam — which of course would have been a much MORE insulting time to establish such a ban.

At that time, the story — which claimed Liz was “unimpressed by Meghan’s demanding behaviour” and didn’t think her attitude was worthy of the royal jewels — was debunked by Express the next day. Their insiders said both Harry AND Buckingham Palace were “incensed” at the “simply untrue” story, which they felt was designed to sow division in the family.

Where did that rumor even come from? Well, there had been a story going around earlier that claimed Meghan wanted to borrow the Greville Emerald Kokoshnik tiara for her wedding, but the Queen said no, leaving her to settle for the Queen Mary Diamond Bandeau Tiara.

Princess Eugenie wound up wearing the Greville for her wedding, which many thought was a slight towards Meghan by Elizabeth. 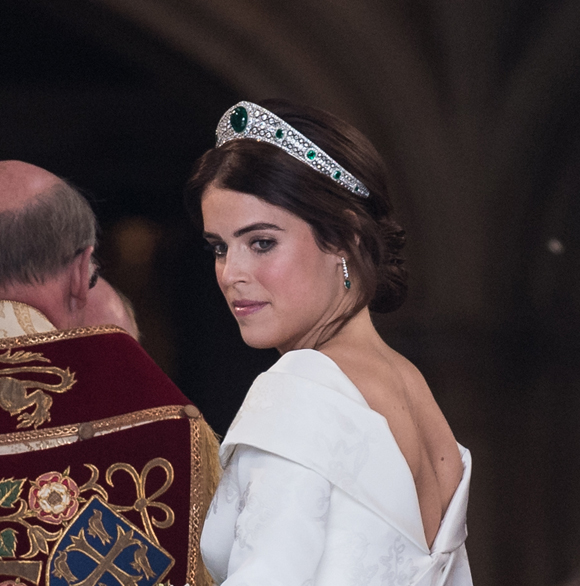 Maybe that led to this (apparently) inaccurate report?? As for the new reports, it’s coming across to us like some kind of game of telephone. Hilariously even The Sun themselves picked up the report after a couple days, apparently not noticing they were the original source.

We honestly have no idea what reignited the rumor, but so far as we can tell there is NO new ban no Meghan wearing jewels from the Royal Collection. There is, however, the fact that she lives about 5,500 miles away, no longer participates in formal royal functions where you’d wear the pieces, and by all accounts does not have a strong speaking relationship with the Queen in which she would find occasion to ask.

So banned? No. Going to wear them anytime soon? Nah.