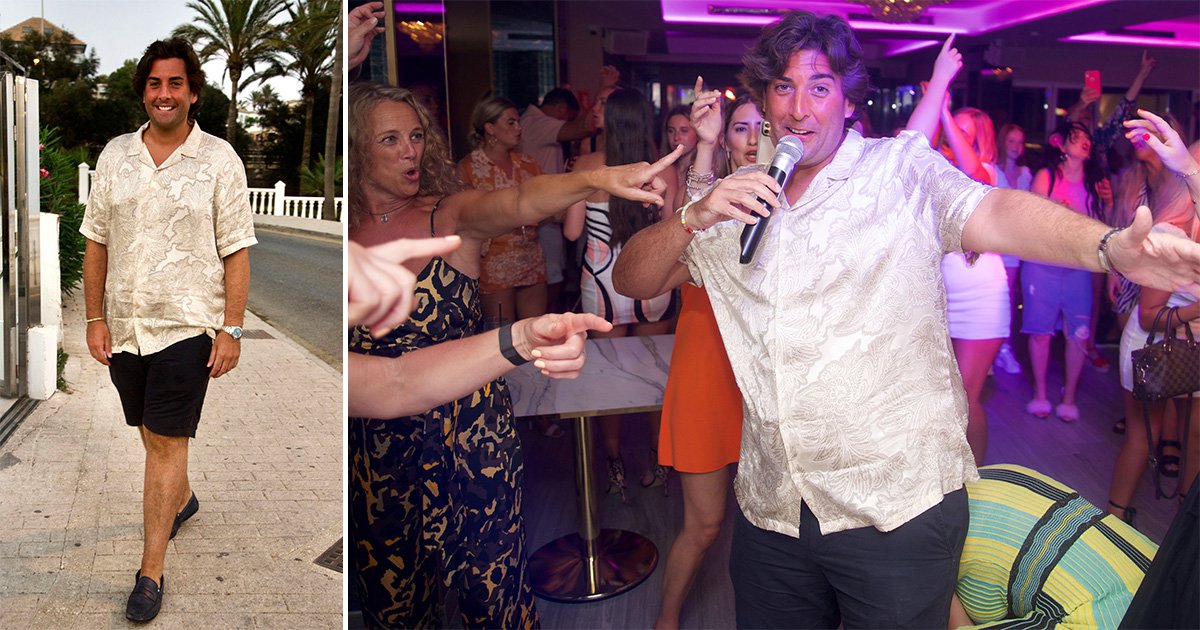 James Argent has been spotted in Marbella, Spain, looking happy and relaxed four months after having gastric sleeve surgery.

The former Towie star, 33, is reported to have lost seven stone in weight after having a gastric sleeve fitted after being warned he must lose weight by doctors.

He had been warned to ‘lose weight or die’ after reaching 27 stone and had initially planned to drop 10 stone, but is now aiming for 15 as part of a health and fitness overhaul following a near-fatal overdose on Christmas Day in 2019.

According to The Sun, James has enlisted his best friend Mark Wright to help him ‘lose at least a stone every month’ until 2022.

Arg is currently in Marbella where he is performing at Olivia’s La Cala, fellow Towie star Elliot Wright’s restaurant which burned down in a devastating fire earlier in the year, but reopened three months later in July after extensive repairs.

James performs at the venue as part of ‘Famous Thursdays’, where fans can enjoy their dinner while he sings.

The reality star was seen posing for selfies with fans and holding their hands during the show, before heading home on a moped after his set.

In May, James had opened up about his battle with his weight, explaining during an appearance on Steph’s Packed Lunch: ‘I’m four stone lighter now. It’s a really good start.

‘Four stone out of 11 or 12 might seem like a drop in the ocean but I’m pleased I’ve made progress already.

‘I feel so much happier already, I feel healthier already, I’m lighter on my toes, I’m more confident. I’m really loving life at the moment.’

He revealed that gaining weight in lockdown had affected his confidence, adding: ‘It felt horrible, I was always extremely uncomfortable, I couldn’t look at myself in the mirror. It felt depressing and it just wasn’t me.

‘Now I’m starting to feel like myself again and I’m excited about what the future is going to bring.

‘It was scary being 27 stone… It was serious, doctors were telling me how dangerous it was… I knew it was something I had to address pretty quickly.’