Home » Celebrities » Jamie Foxx is returning as a villain in the next ‘Spider-Man’ movie, now fans want a live-action ‘Spider-Verse’ 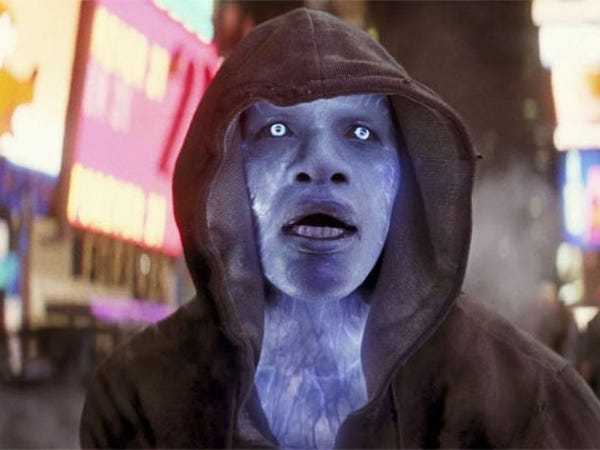 Jamie Foxx is reportedly in final talks to reprise his role as Electro in the upcoming film "Spider-Man 3" — and fans have lots to say about the news.

The Hollywood Reporter broke the news Thursday about Foxx, who previously played the powerful villain in 2014's "The Amazing Spider-Man 2."

And while Marvel hasn't officially commented on Foxx's return that didn't stop fans on Twitter from sharing their excitement about the news, as well as their hopes that a live-action "Spider-Verse" is on the way.

And others pointed to the fact that J.K. Simmons reprised his role as J. Jonah Jameson in 2019's "Spider-Man: Far From Home" as proof that a live-action "Spider-Verse" is happening. Simmons originally played in Sam Raimi's "Spider-Man" trilogy.

Foxx won't be the only actor from past "Spider-Man" movies to reprise his role in a newer film.

In addition to Simmons playing J. Jonah Jameson in "Spider-Man: Far From Home," some fans believe that Michael Keaton's character, Vulture, from "Spider-Man: Homecoming" will appear in the forthcoming Marvel movie "Morbius," since Keaton made a brief appearance in the film's trailer.

Director Jon Watts is currently helming the third "Spider-Man" installment, which is expected to hit theaters December 17, 2021, according to Variety — if the date isn't affected by the novel coronavirus pandemic.