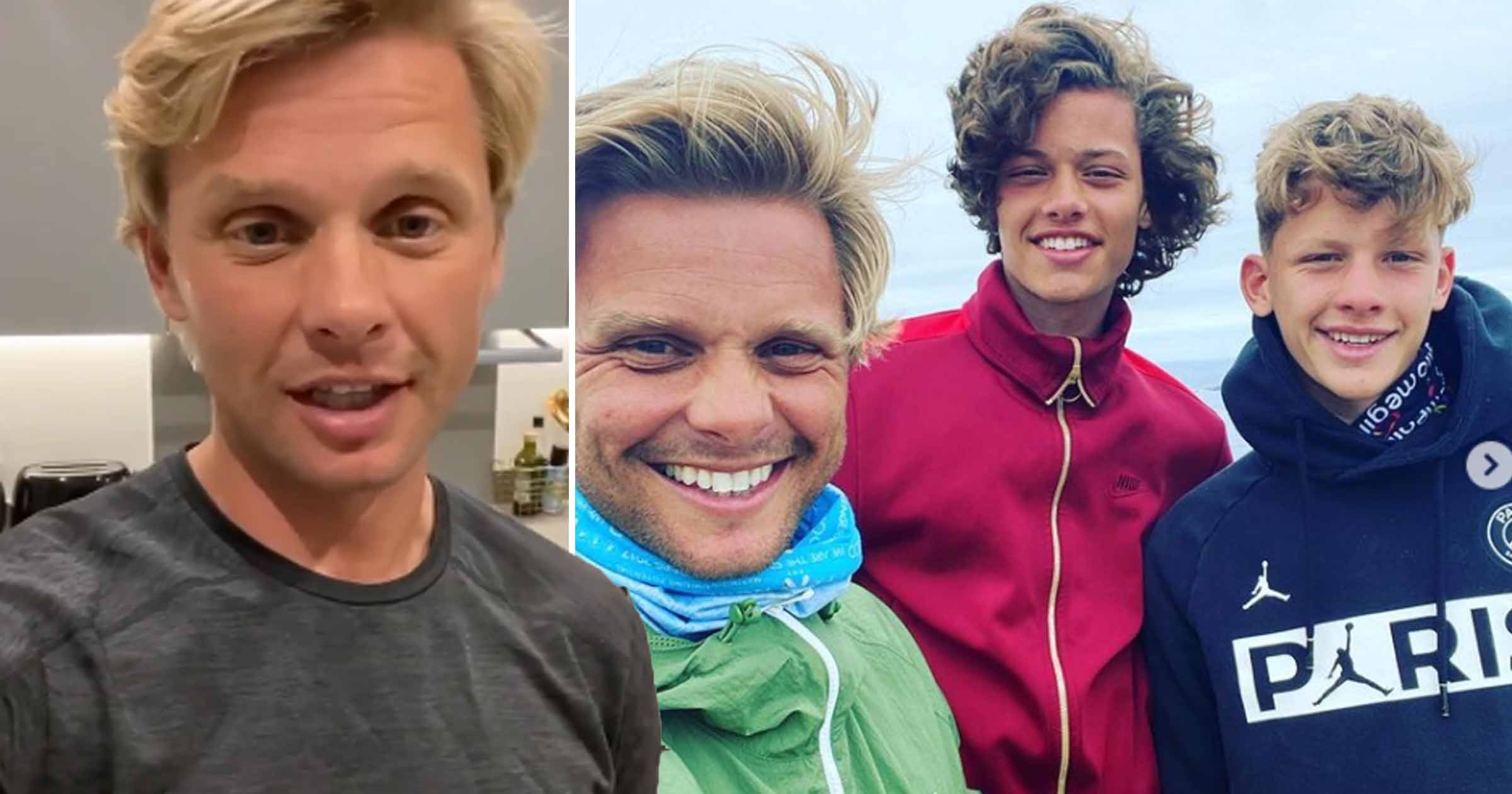 Jeff Brazier reveals he is teaching his sons, Bobby and Freddie, to be vulnerable by being open about his own therapy sessions.

With Bobby and Freddie, whose mother is late Big Brother star Jade Goody, now in their teenage years, Jeff says it’s important to show them that it’s OK to be open about their feelings.

Speaking to Metro.co.uk about the launch of his new Absolute Radio podcast Only Human, Jeff revealed: ‘Absolutely, they’ve seen all my vulnerability, I’ve never hidden anything from them.

Despite their young ages, Jeff spoke proudly of how wise beyond their years his sons have become.

‘When Bobby all of a sudden had this surge of information and he’s reading and he’s meditating and training and all of a sudden you can’t stop him, you don’t take credit for that because that’s his own journey and accomplishment,’ he explained.

‘I didn’t think he was but clearly he was watching. He could see that that works for dad, one day maybe that might work for me.

‘Your example is the most important thing, less your words.’

Jeff, 41, went on to share his own personal battles and said: ‘Being completely honest, they’ve seen me go through therapy the last few years with repairing.

‘I was fostered as a child and when you’re taken away from your mum there’s always going to be attachment issues. I personally wanted to take that step to doing it and it’s like becoming the version of yourself you would’ve been if it wasn’t for the difficulties when you were growing up. What a gift to give to yourself.’

He added: ‘To share that journey with them and let them know that is a positive and a strength rather than a stigma and a cause for avoidance has been my pleasure to do that. It was always the right thing for me to show the ups and downs.’

Praising his eldest son’s work ethic, Jeff explained: ‘What I love is that he knows and feels he can do anything and doesn’t limit himself to thinking, “I can only do this or do that”.

‘He understands the world is on pause to a certain extent at least with regards to the fashion industry. He’s worked out that the best thing he can do is work on himself as a person, work on his physical health, his mental health and that will leave him in a better place so that when restrictions start lifting, he is absolutely ready to explode.’

The BBC Sports presenter continued: ‘I couldn’t really ask for more than that as a parent. I find myself only ever saying to Bobby, “well done”. I feel like I’m constantly congratulating him for each effort that he makes. You’re either paying in or paying out and Bobby is paying in at the minute and he’s gonna benefit.’

Freddie also has big plans for his career as Jeff revealed: ‘He wants to do a barber apprenticeship and he’s got it all sorted out.

‘So after school he’ll hopefully be in a position where we’ll be able to visit a barbershop or salon and he’ll be in there doing his apprenticeship. Freddie’s really creative and he loves the person who’s taken him under his wing and I’m so grateful.’

Jeff’s new podcast, Only Human, guides listeners through their life dilemmas with straight-talking and a dash of humour.

The presenter says he is ‘speaking to everyone’ but also ‘focusing on people that just want to be OK’.

He continued: ‘I know I can really help, I know that even if one thing I’ve said can resonate with someone who’s listened, it’s 30 minutes of someone’s day… It’s growing a community as well because I think that’s what the world needs at the moment.

‘We’re all going through a lot together but no one from the Government is necessarily saying, by the way let’s talk about your mental health and what you might want to do to make sure everyone’s OK.

‘There’s none of that so we want to need to look after each other and that’s why I’m standing up and doing it for everybody by this podcast.’