The host of the self-titled The Jeremy Vine Show posted a clip of a street near his home on social media, which had been flooded by the Thames. Jeremy wanted to see if he could navigate it using the unusual bicycle and decided to share the results.

The video shows Jeremy debating whether or not to attempt the cycle, with a passerby telling him “it’s a foot deep”.

Jeremy begins to think out loud, unsure of whether or not he should attempt the trip and risk injuring himself if he falls off the tall bicycle.

He goes as far as showing people using boats to navigate the flooded area in the distance before deciding to mount the penny-farthing and go for it.

The TV presenter then successfully completes his journey through the flooded region, shown to viewers in a first person view using a camera attached to his helmet. 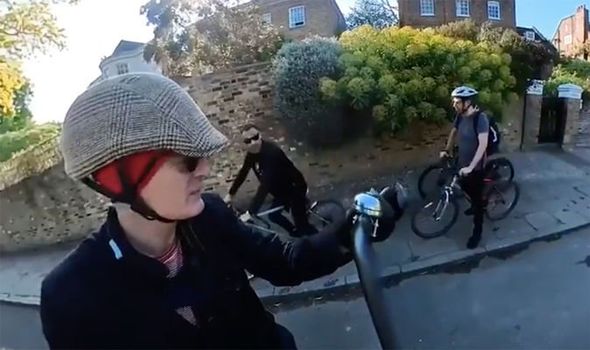 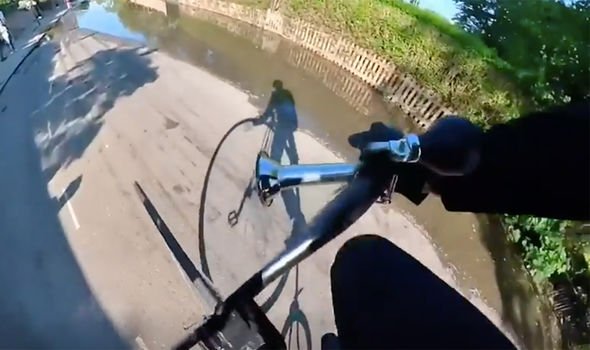 Once he appeared to make it through the worst of the flooding, he said: “I think I’ve done it!”

Sharing the clip with his more than 700,000 Twitter followers, he said: “Near my home, the Thames has flooded the street. There are people travelling down it in dinghies. So there’s a tricky question of whether you can cycle through. And this is where the wheel size of a Penny Farthing gives you the edge.”

The video has already received over 125,000 views, with hundreds of users sharing their thoughts on Jeremy’s experience.

One said: “There is something both bonkers and magical about this.” 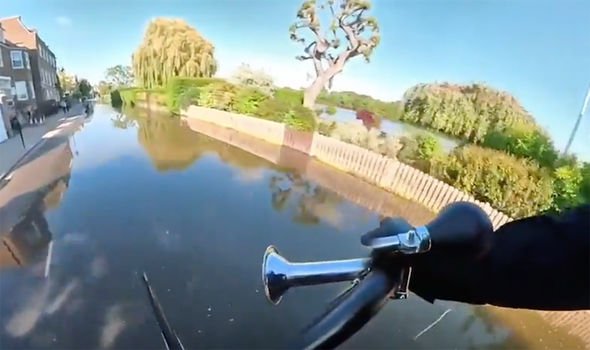 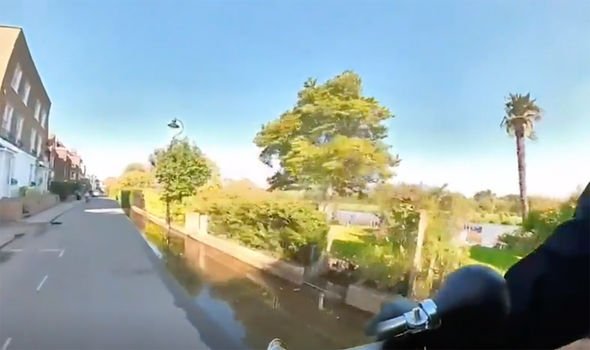 A second added: “Look out for those hidden drains! The cover might have come off…”

Another said: “It does, if you know exactly what’s under the water. Here, in Derbyshire that would require a test of memory to avoid potholes, etc.”

A fourth added: “This is wholesome! That path alongside the Thames is one of my favourite parts of London. I always wondered who could afford to live in those houses…”

Another user said: “You want to be a little careful: years ago I knew a chap who’d cycled through flash flood water as he knew the road had a good surface — what he didn’t know was the force of the rising water from the drains had lifted a manhole cover, and his front wheel went right down the hole.”