Instead of wallowing, “The Flight Attendant” star who was nominated for best actress in a musical or comedy TV series, celebrated with pizza, champagne, and cake while sitting on her kitchen floor. Her category’s award went to Catherine O’Hara for “Schitt’s Creek.”

Cuoco, 35, had a lot to celebrate as it was her first Golden Globe acting nomination and she also produced the hit HBO Max series about a flight attendant suspected of murder.

In a shared photo, Cuoco is sitting on her floor in her Oscar de la Renta ballgown enjoying her beverage along with some comfort food. Her heels are kicked off and her hair extensions are also out. 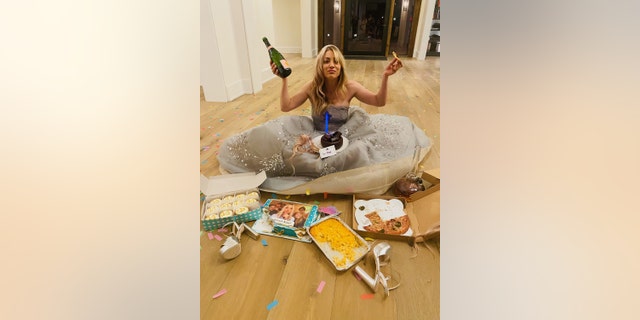 Before the show started, the former “Big Bang Theory” star said she already won the night because her husband, equestrian Karl Cook, surprised her back home in Los Angeles.

She explained she thought he was going to miss her big night because of a horseback riding event. 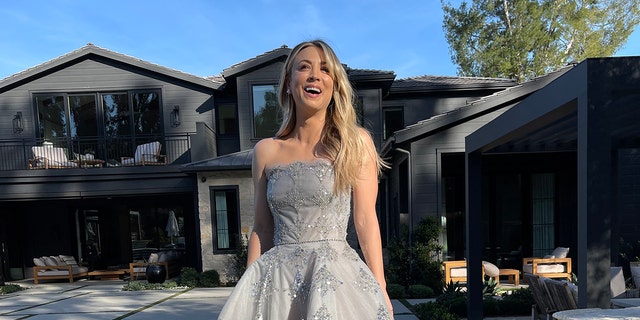 “Most of you know that Karl has been away at WEF (Winter Equestrian Festival), a big equestrian event circuit for many, many, many weeks and was not going to be able to come back for the Globes tomorrow but we had talked about it and it was OK because it’s virtual and I didn’t want to make him come back for that,” she explained on her Instagram Stories. “Well, I just answered the door and he showed up.”