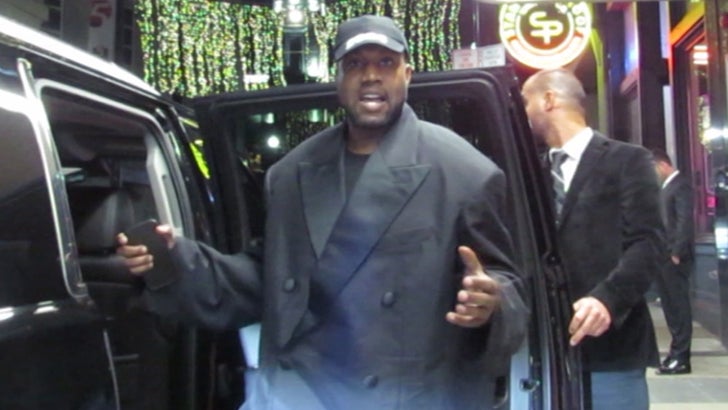 Kanye West defies logic … he says he doesn’t wish harm on Jewish people — despite saying he’s “going death con 3” on Jews — as he seems to be saying Jews in high places in Hollywood have screwed over Black entertainers.

Kanye was leaving the screening of Candace Owens‘ new doc Wednesday … the photog asked about the film, and Kanye seemed stunned he wasn’t asked about his anti-Semitic remarks right out of the box. 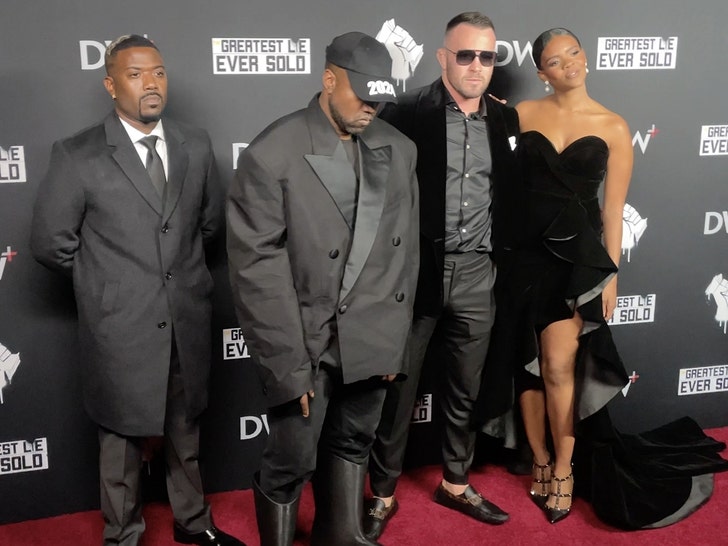 Ye makes it clear … his comments in the last week were thought out and intentional. He seems to have personal grievances with Jews who run entertainment companies that he says have wronged him and other Black entertainers. What he doesn’t explain … is he raising the issue because he thinks the execs who did him wrong did so because they’re Jewish?

Kanye has specific grievances against JP Morgan … saying he sunk $140 million into the company only to be dropped by them after he and Owens sported “White Lives Matter” shirts.