The Good Morning Britain star was asked how she was getting on, and replied: “I’m not sure I am coping! I honestly don’t know how single mums do it – it’s just so hard.” Her husband Derek Draper no longer has coronavirus but the horrific aftermath includes diabetes and holes in his heart and lungs. The former lobbyist also lost 8st. He remains in intensive care, where he has been since March last year.

Kate, 53, whose children with Derek are Darcey, 14, and Billy, 11, said she thinks of her husband whenever she feels overwhelmed by single parenting.

“I’m lucky that I’m being supported by lots of friends, too, and [fellow GMB presenter] Ranvir [Singh] has been really helpful because she’s been operating as a single mum since her son Tushaan was very little.

“I asked her, ‘How do you do it?’ and she said, ‘You just have to accept that you can’t do everything.’” 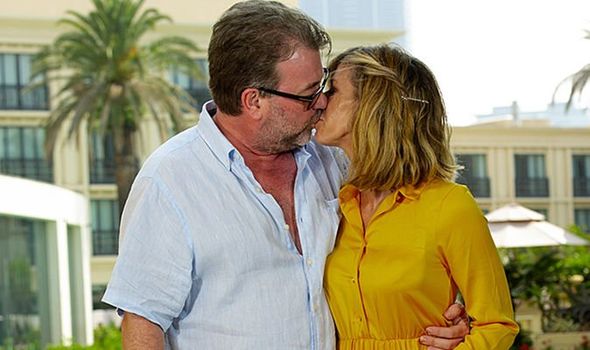 Kate also told the latest Good Housekeeping magazine that she was grateful for all the warmth and kindness she had been shown during her husband’s long illness.

She said: “That’s been one of the positives of this horrible time, and I’ve found [kindness] in the most unexpected places.

“There’s a lovely lady who lives over the road from me and I didn’t know her before all this, but every week she makes a cake for me and the kids.

“Somehow she always knows when we most need a lift! We’ve really got to know each other because of it, too, and that’s been lovely.”

Kate also revealed there was hope that Derek was in a “more positive place”. 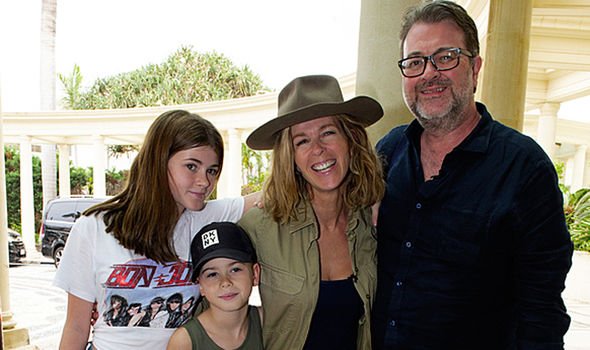 “But if I think back to where we were in March, when Derek’s lungs were solid with infection and his infection rates were the highest doctors had seen in anyone who has lived, we’re undoubtedly in a more positive place.”

Earlier this week, Kate told fellow GMB star Piers Morgan her stricken husband had inspired her to write a book about her ordeal.

She has called it The Power Of Hope after he suggested she keep a diary from the early days of his illness.

She told Piers: “You and [co-host]Susanna [Reid] say, ‘You’re just an inspiration to keep going,’ and I thought if I could tell my story and some of the people that have helped me then maybe that will be helpful for people.”

Piers later said Derek remains in a coma and may not surface.