The American Idol judge, 34, took to Instagram on Tuesday, June 10, to share a photo with fans that featured a plate of chocolate chip cookies that the 29-year-old “Me!” singer baked for her. The plate was decorated with red frosting that spelled out “Peace at last,” and it was accompanied by peace signs decked in rainbow sprinkles.

“Feels good,” Perry captioned the post, tagging Swift and adding “Let’s Be Friends” in the location. 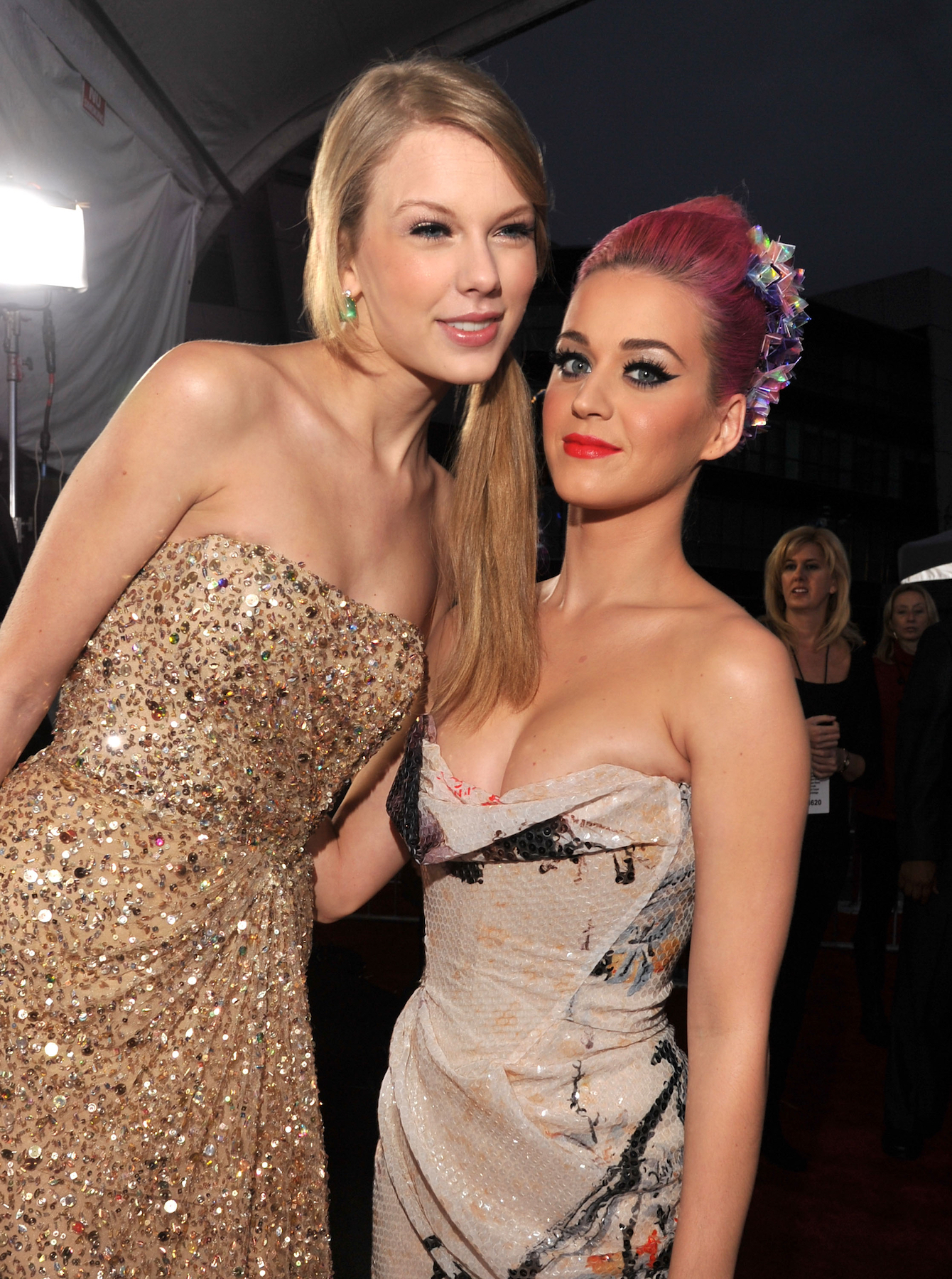 Swift’s sweet present comes after fans spotted her inclusion of Perry’s new single, “Never Really Over,” on her Apple Music playlist in May.

Perry took the initiative in May 2018 to end their years-long feud. The “Chained to the Rhythm” singer surprised her former foe on the opening night of Swift’s Reputation stadium tour with a gift.

The Grammy winner shared a quick video to her Instagram Stories of an olive branch — the ultimate peace offering — in a white box with a note from Perry. “So, I just got to my dressing room and found this actual olive branch,” she said in the video. “This means so much to me.”

Perry’s letter began with “Hey Old Friend,” as she went on to admit she had “been doing some reflecting on past miscommunications and hurt feelings” between the pair. She also expressed how “deeply sorry” she was for the angry emotions that followed.

The feud between Swift and Perry was first referenced in the “Love Story” singer’s Rolling Stone cover story in 2014. At the time, she said her song “Bad Blood” was about a singer who “tried to sabotage” her Red tour by recruiting people that she initially hired.

“She did something so horrible,” she said. “I was like, ‘Oh, we’re just straight-up enemies.’ And it wasn’t even about a guy! It had to do with business.”

After this interview, Perry — who, like Swift, previously dated John Mayer — tweeted a Mean Girls reference: “Watch out for the Regina George in sheep’s clothing.”

Swift recruited pals Selena Gomez and Karlie Kloss, among others, to appear in the music video for her alleged Perry diss track, “Bad Blood,” in 2015. Swift’s song featured lyrics, such as “Take a look at what you’ve done / ‘Cause baby now we got bad blood” and “Did you have to hit me where I’m weak? / Baby, I couldn’t breathe.”

Perry, for her part, allegedly called out Swift in 2017’s “Swish, Swish.” Her song featured lyrics, such as “A tiger don’t lose no sleep / Don’t need opinions from a shellfish or a sheep” and “You’re calculated I got your number / ‘Cause you’re a joker.”