Kendall Jenner turned up the heat in a recent Instagram post, sharing some sexy shots of a ‘corpse bride’ costume that featured white hot lingerie.

Happy Halloween from Kendall Jenner! The model took to her Instagram recently to show off one of her Halloween costumes for the holiday, sharing her version of the Corpse Bride titular character — a sexy version, that is. “4 days till halloween yer corpse bride,” Kendall captioned the post which contained a series of four sultry shots. CHECK OUT THE PHOTOS HERE!

The pics, taken by talented photographer Dana Trippe, featured the Keeping Up With the Kardashians star in a white lingerie bra top and matching thong with a large flower piece over the front right strap. The 25-year-old accessorized the look with sky-high, Mary Jane-style white platform heels, a long, lace-embellished veil, elbow-length, sheer white gloves, and a pearl choker. Kendall also shared more shots of the look in her stories, showing off a bridal-style corset in one of the shots and a Victorian-esque corset over a long satin dress in another, her beautiful brunette locks worn half-up. 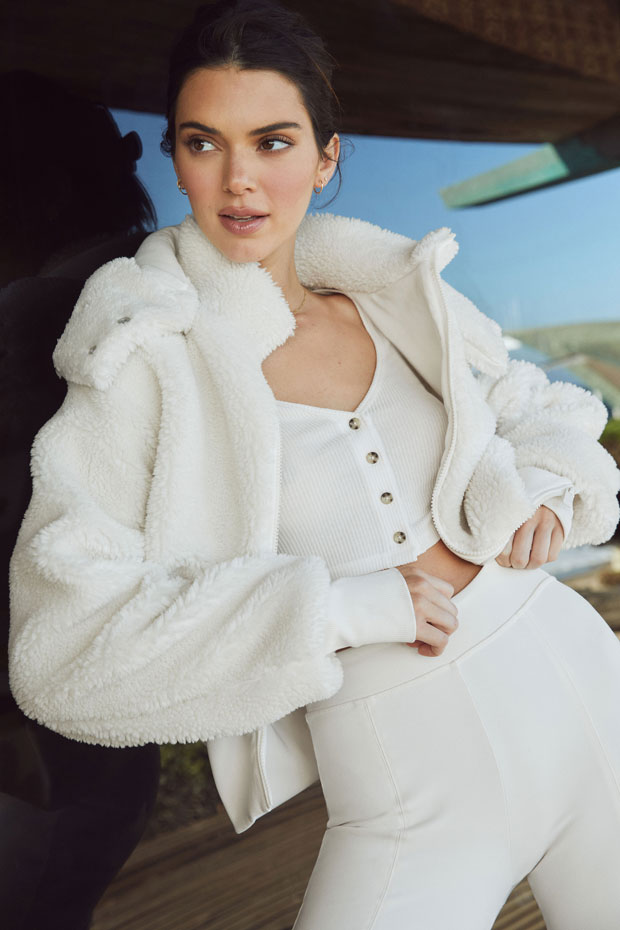 Kendall wrote “Scorpio” over one of her photo posts, celebrating her astrological sign. The signature Vogue cover girl was born Nov. 3, and since her birthday falls close to Halloween, she often celebrates the occasion around the holiday. Last year, Kendall threw a Halloween-themed birthday party in West Hollywood, CA, and it turned out to be a star-studded affair. Kendal’s sister Kylie Jenner and beau Travis Scott were in attendance as well as other stars like Justin Beiber and rapper Quavo. 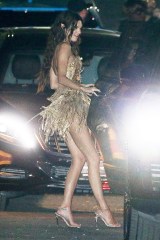 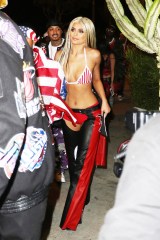 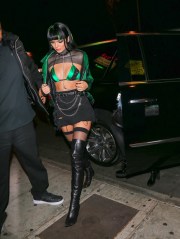 Although the bash appeared to have a large attendance list, a source EXCLUSIVELY revealed to HollywoodLife that the birthday girl rented out the venue so it contained a “small guest list” with only pals she knew personally. “Kendall bought out the entire venue and was telling people it was a small guest list,” the source shared. For the party, Kendall dressed as Pamela Anderson in her 1996 flick Barb Wire while sister Kylie showed up as a sexy green snake.