It’s been over five years since Khloé Kardashian and Lamar Odom were an item. But that hasn’t stopped them from keeping in touch. As a matter of fact, Kardashian recently texted Odom to talk to him about featuring her in his new memoir Darkness to Light. In turn, Odom revealed what that conversation was like during an interview on SiriusXM’s The Jenny McCarthy Show. Khloé Kardashian’s reaction to being in Lamar Odom’s book was surprisingly chill.

When McCarthy asked Odom when he last heard from Kardashian, Odom said he’d last spoken with Kardashian the night before.

“Um, she sent me a text yesterday,” Odom said, before revealing what they talked about. “She talked about one of the stories I told in the book. About her coming to the hotel and putting her hands on the girl. She said she didn’t even think I remembered that story.”

The story Odom referenced is one he explained in his new memoir. According to Just Jared, the story took place during Odom and Kardashian’s marriage. Apparently, Kardashian, her mom Kris Jenner, and a security guard were trying to track Odom down and found him in a hotel surrounded by drugs and women.

“Khloé opened the door and pounced on the first girl she saw,” Odom wrote in his book. “Try to imagine the scene: Khloé‘s beating the sh*t out of one of the girls who tried to protest. She’s dropping vicious blows all over the top of this girl’s head. Kris is screaming and her security guard jumps in and pulls Khloé off the beaten stripper. Khloé tells me to gather up my things, and the guards quickly remove all traces of the drugs. We sneak out of a back door of the Roosevelt and disappear into the night.”

Yikes. It sounds like this was a really unfortunate situation that affected everyone involved. 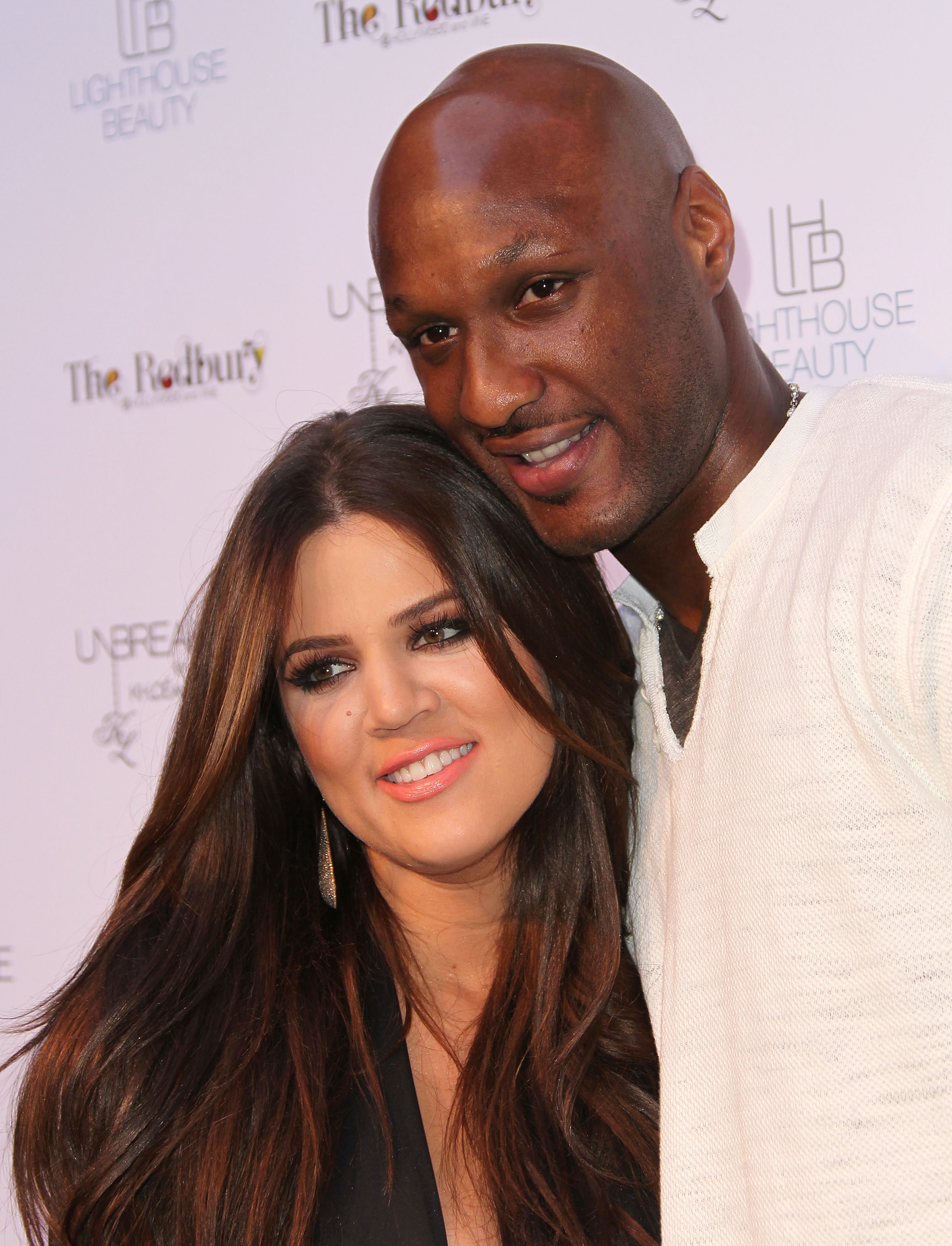 Odom now openly admits that he regrets treating Kardashian so poorly. In a May 2019 interview with People, Odom opened up about his marriage to Kardashian and how his treatment of her still affects him to this day.

“I wish I could have been more of a man,” Odom told People. “It still bothers me to this day. But regret is something we have to learn to live with.”

Kardashian and Odom were married in 2009 and split just four years later. Their divorce was finalized in 2016. In his memoir, Odom detailed what the first days of their marriage were like.

“For a while, being with her was bliss and I was the happiest I’ve ever been,” Odom writes. “We were one of the most famous couples in Hollywood and we made more money together than we had individually.”

He also writes that he was a faithful partner to Kardashian when their relationship first began.

“At the start of our marriage I was faithful to her,” Odom says in the book, later admitting that fame got the better of him. “I could not handle the lethal cocktail of the spotlight, addiction, a diminishing career and infidelity. Oh, did I mention the paranoia, anxiety, depression… I couldn’t keep my d*ck in my pants or the coke out of my nose. Drug addicts are incredibly skilled at hiding their habit. I’d get defensive and Khloé would just drop it.”

Obviously, Odom had some growing up to do, but it seems like he’s on the right path these days. It’s nice, at least, that Odom and Kardashian have found a way to stay on good terms.