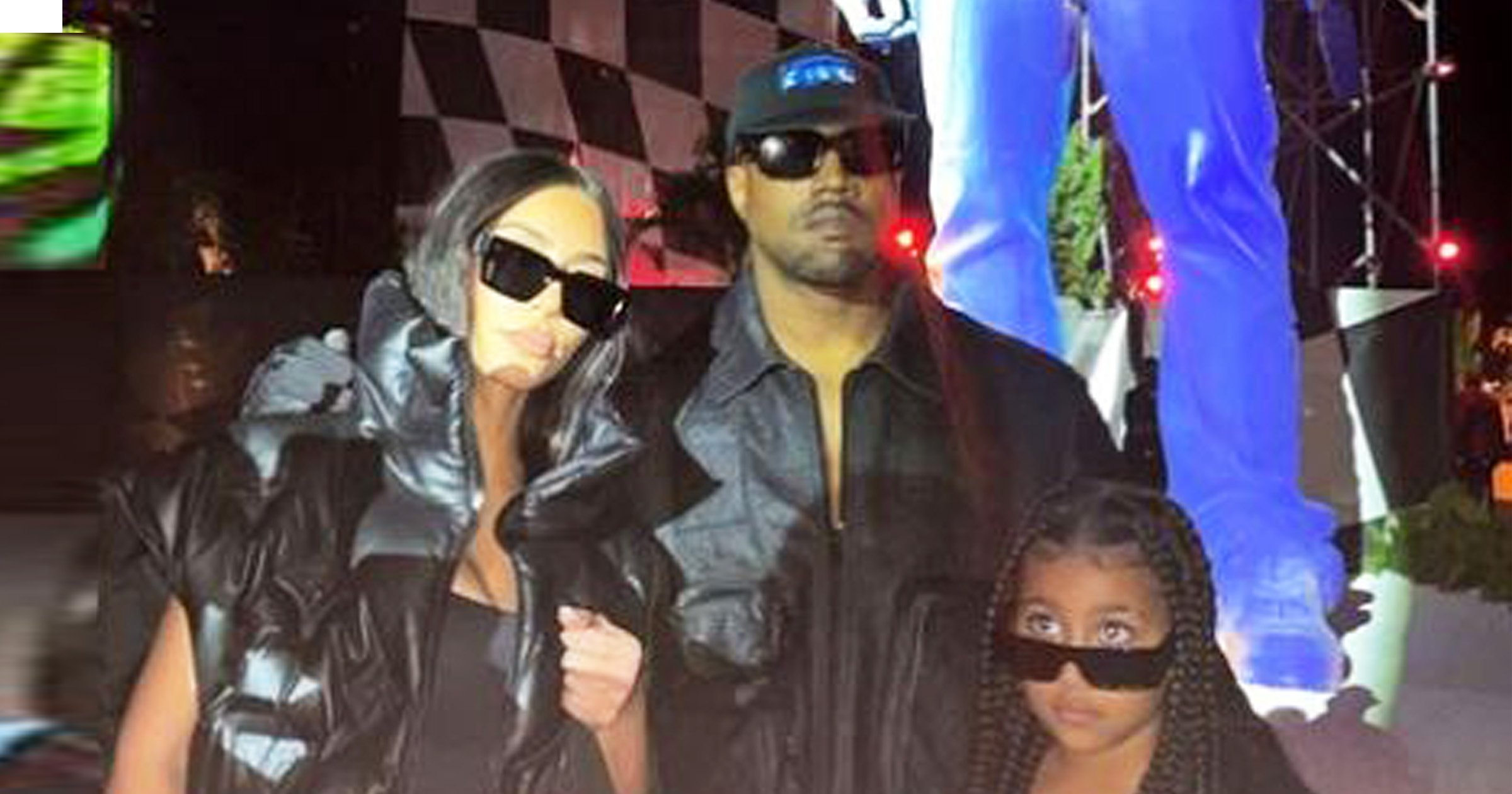 Kim Kardashian and Kanye West have been pictured together for the first time since her reported romance with Pete Davidson.

Formerly known as Kimye, the pair brought daughter North, eight, along for the evening as they sat front row at the Spring/Summer 2022 Louis Vuitton menswear show.

Kim, 41, and Kanye, 44, are clearly cordial with each other as they happily posed for a family photo and even wore matching black outfits, complete with dark sunglasses which North also rocked like the true fashionista she is.

The event was no doubt an emotional one for the former couple who were close friends with Abloh, who had privately battled cancer for two years. Kim posted a touching tribute to the legendary designer following news of his death, and said his death was ‘hard to process’.

It comes after Kanye vowed to get back together with Kim despite the reality star filing for divorce in February.

The Gold Digger rapper recently took to his Instagram stories to share an old photo of him and then-wife Kim embracing.

While he didn’t add a caption, the photo includes a headline from TMZ stating: ‘Kanye West says God will bring Kim, 41, and him back together, inspire millions’.

The headline was in reference to a speech Kanye made at a charity event in LA earlier this week, where he stated he was determined to get back together with his wife.

In the speech, Kanye said he would fix his marriage as God wants them to see that ‘everything can be redeemed’.

Explaining that he was trying to express himself in the ‘most sane way’, Kanye added simply: ‘I need to be back in my home.’

He also said that ‘if the enemy can separate Kimye’, it makes ‘millions of families feel that separation is okay’.

However, his plan to win his wife back may be in jeopardy with Kim reportedly romancing comedian Pete. The pair have been pictured on a string of dates in recent weeks, with sources spotting them kissing while they’ve also been snapped happily holding hands in public.