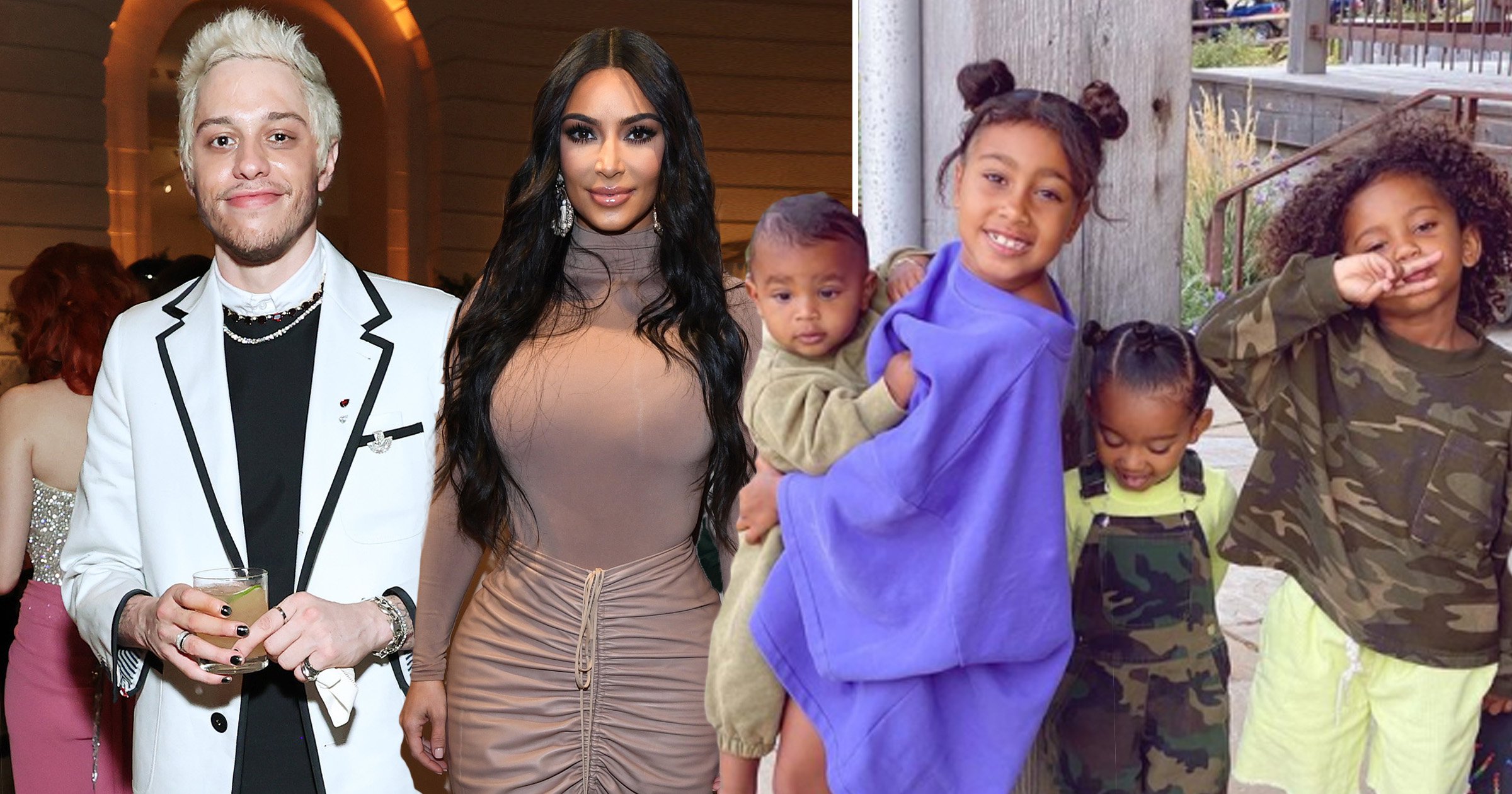 Kim Kardashian has reportedly introduced her children to new boyfriend Pete Davidson, and they ‘adored him’.

The reality star, 41, and Saturday Night Live comedian, 28, have been linked since Kim hosted the popular sketch show in October.

While neither of them have officially commented on the rumours that they are together, the pair have been spotted holding hands and on breakfast dates, and Pete has even been driving around in Kim’s Rolls Royce.

Meanwhile, Kim has reportedly invited both Pete and ex-husband Kanye West to Kris Jenner’s annual Christmas Eve party and is hoping for ‘no drama’ – so we’ll see how that goes.

In preparation for the Christmas party, Kim has now seemingly introduced Pete to her four children she shares with Kanye: North, eight, Saint, six, Chicago, three, and two-year-old Psalm.

According to Hollywood Life, the Skims entrepreneur introduced Pete to the children as ‘mommy’s friend’, and he made a very good impression.

An insider told the outlet: ‘Kim thought that it was really cute how he interacted with them and that he tried to make her kids laugh and smile just as he does everyone he meets!’

The meeting is said to have gone well, with Kim being left with a ‘warm feeling’ after ‘intimate conversations’ with Amy.

While Kim is moving on with her life and new beau, ex Kanye has been finding it much more difficult.

The Donda rapper, 44, has been publicly pleading for Kim to change her mind on the divorce and for them to get back together, including in a recent performance at an LA benefit concert.

He changed the lyrics of his hit Runway to sing: ‘I need you to run right back to me,’ before adding: ‘More specifically, Kimberly.’

Metro.co.uk has reached out to reps for Kim and Pete for comment.